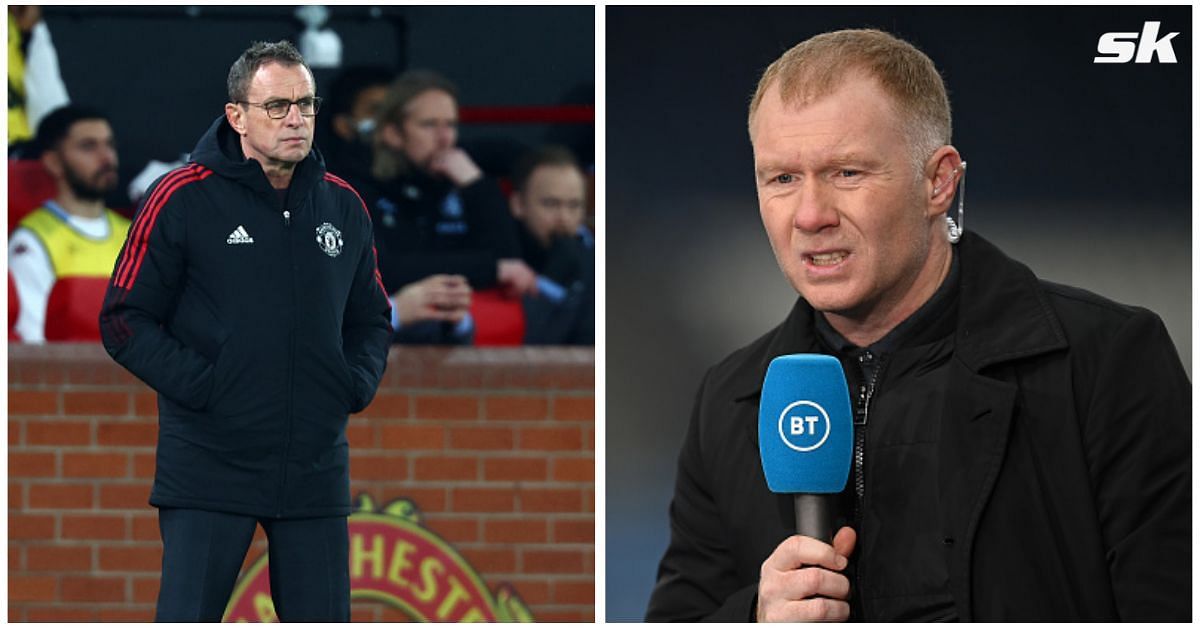 Manchester United manager Ralf Rangnick has defended himself against Paul Scholes’ criticism about his ability to manage the club.

Scholes questioned Rangnick’s appointment, given that the Red Devils have not improved since the German took over from Ole Gunnar Solskjaer back in December. The Englishman also questioned the players’ commitment to the club, accusing them of not wanting to put in a shift to get the job done.

Speaking after Manchester United’s 1-1 draw against Southampton in the Premier League on Saturday, Rangnick addressed Scholes’ criticism. He said:

“I think what Paul Scholes said was only one third of what he said – I think he said three different options. I do not think the players are not willing to do that, because they do not like to give away points like the ones they gave away today again. “

“It was the third game where we were 1-0 up and I do not think anyone out there should believe that the players do not care. That they like to experience things like that today consecutively. This is definitely not the case. The question is with the group of players we have, how do we get more compact, more aggressive and even more nasty, it’s about defending a lead. This is the major issue but it’s not a question of the players not wanting to do that. “

Rangnick was also asked about his side’s lack of aggression throughout the game. He said:

“Well, they can be tough but the question is for what period of time and in what moments. Again, if I see the game, the goal we conceded today, quite like at Burnley, it’s just too easy. It’s too easy. It was not even difficult for Burnley and today for Southampton to score these goals, and against Middlesbrough it was similar. If you are being counter-attacked after being 1-0 up, this is also a question of tactical discipline and being aggressive in the decisive moments and just do not allow the players to go past you. ”

The draw has left Manchester United 5th in the league, tied on points with West Ham in 4th. However, the Red Devils are only one point ahead of Arsenal in 6th, with the Gunners having two games in hand. Tottenham in 7th are also four points behind Rangnick’s side with three games in hand.

Rangnick also addressed his side’s recent lack of goals. Manchester United have only managed to score four goals in their last four games across all competitions. The lack of attacking threat has also coincided with Portuguese superstar Cristiano Ronaldo’s six-game goal drought.

Rangnick believes that his side are not able to finish the chances that they create. He explained:

“Our team with a lot of technical players, with a lot of offensive behavior and thinking players, for them it is difficult to stay compact for a longer period of time, for the whole game. This is one of our problems. The other is that we do not take enough advantage of the chances that we create. Today we had an expected goals ratio of 2.57 to 0.7 of Southampton. “