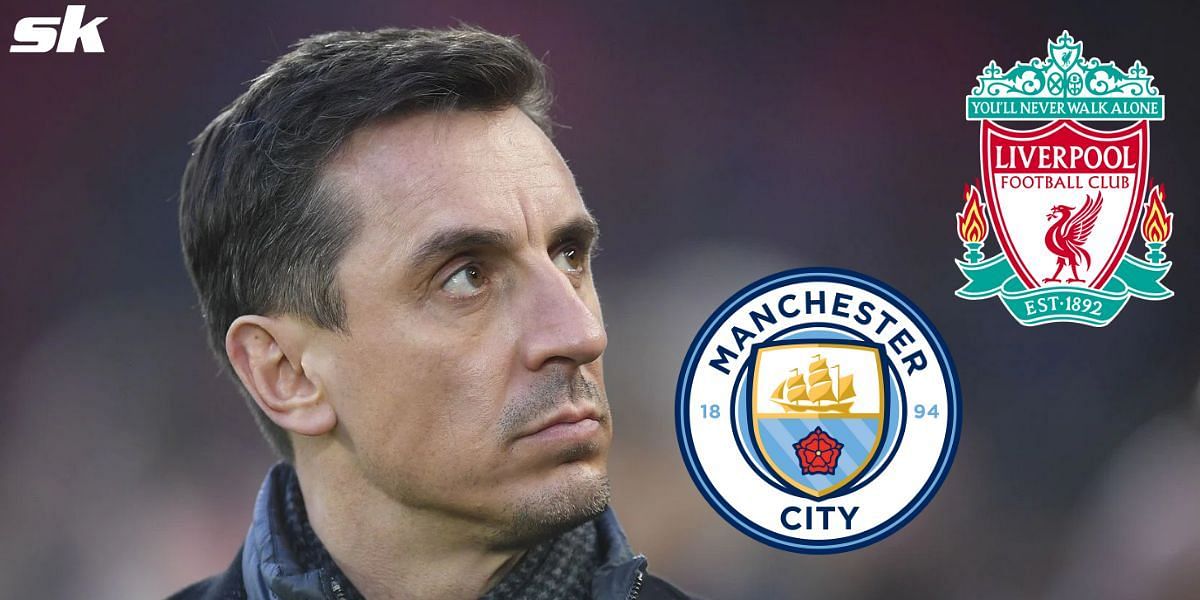 Liverpool and Manchester City are locked in an intense Premier League title race with the former trailing the latter by just a solitary point. With both teams yet to play nine matches each, predicting who will win seems like quite a challenge. However, former Manchester United star Gary Neville believes that Liverpool are ‘unbelievably dangerous’ and will win the Premier League title this season.

Notably, Liverpool are still in contention for all four trophies on offer this season, leaving the door open for potential quadruple glory. The Reds have already won the Carabao Cup and are set to face Manchester City in the semi-finals of the FA Cup. Jurgen Klopp’s men are also scheduled to play Benfica in the quarter-finals of the UEFA Champions League.

Jürgen Klopp has been nominated for the @premierleague Manager of the Month award for March!

Jürgen Klopp has been nominated for the @premierleague Manager of the Month award for March! 🙌

Speaking on Sky Sports’ The Overlap Live (via Liverpool Echo), Gary Neville acknowledged Liverpool’s presence in all four competitions and admitted that the Reds could do something special this season. He said:

“You’re going to just get through games through resilience, quality, spirit and energy. I think they are unbelievably dangerous, and I think they’re going to do something pretty special this season. “

Neville further admitted that although he initially believed Manchester City would win the league, he had a change of heart in recent times. Altering his prediction, Neville said:

“When I watched Liverpool against Arsenal, there is nothing I saw that did not tell me they’re going to go and win the title. That is a title winning performance.

“I’ve said Man City all season, but I think Liverpool will win the league. They’re dangerous in the other two competitions and I think they’ll do something special because of those five strikers they’ve got. “

The former Manchester United man then heaped praise on the Liverpool players and said:

“That midfield by the way, when people see the midfield at Liverpool as maybe their weakness – I think it’s their strength.

“The back and the front are so exceptional. The two full-backs (Andy Robertson and Trent Alexander-Arnold) are forward all the time, the front three are up there.

“The three in midfield, because of their discipline – Fabinho, Thiago, Henderson – their subservient nature to the rest of the players means that they hold everything together.”

Neville finished by claiming that the Reds could end up winning a treble or quadruple this season, and that the thought is ‘scary’ for a Manchester United fan.

“They’re going to do something dangerous this season, and it’s scary as a Man United fan to say that,” he said. “I really do worry that they will go on and win three or four trophies, it would concern me. ”

After Gary Neville explained why he thinks Liverpool will win the Premier League, Roy Keane was asked for his opinion. In response, Keane firmly declared that he disagreed with Neville and that he’s still backing Pep Guardiola’s Manchester City to lift the Premier League trophy this season.

I’m still going with City (to win the Premier League). We’ve mentioned Klopp, as if Pep does not know how to get over the line in these big games and in championships. “Let’s not forget what an unbelievable manager he is, I still think City will do it.”