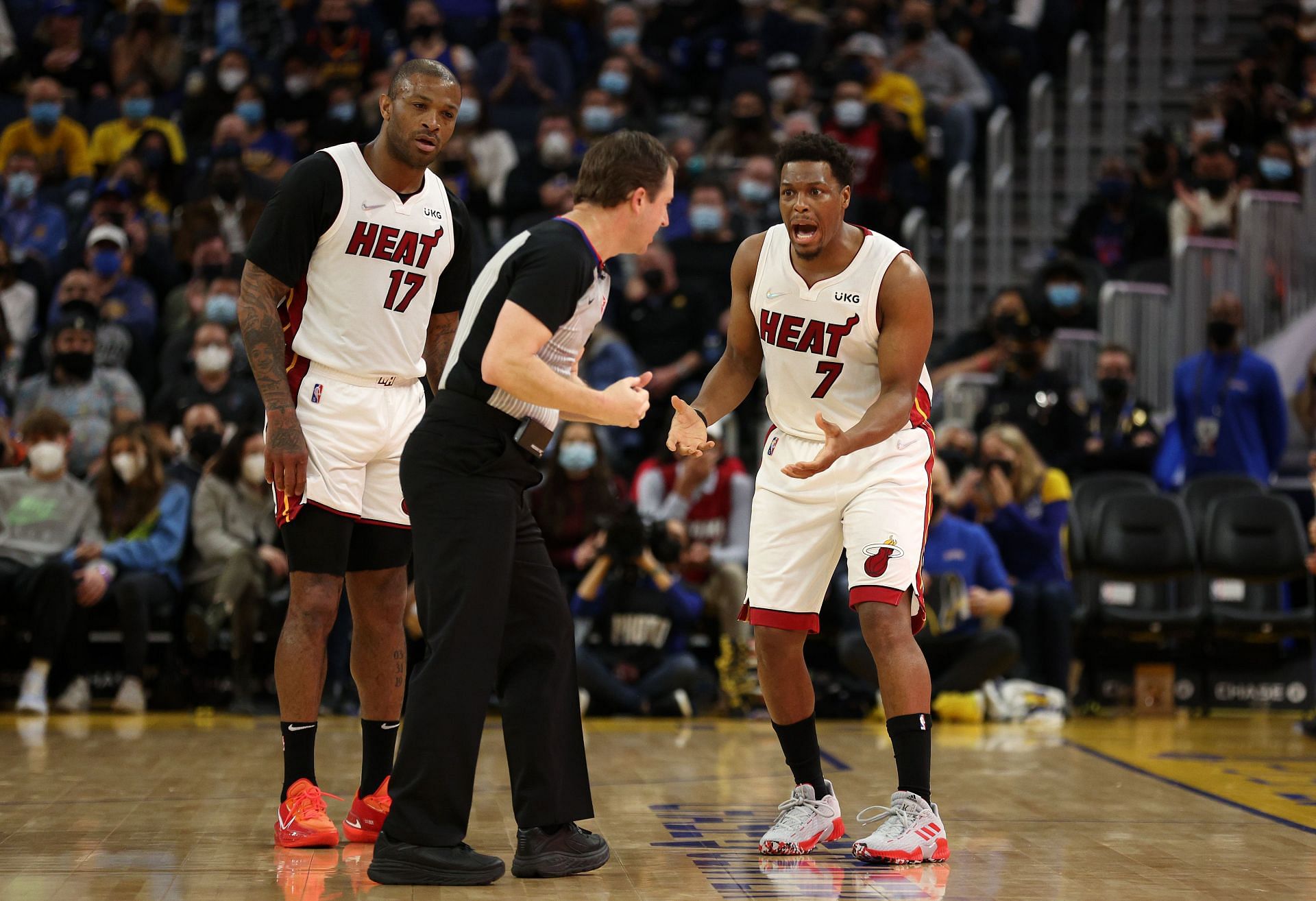 The Miami Heat showed nerves of steel to clinch an important victory in Game 3 of their Eastern Conference finals series against the Boston Celtics. They won the game at TD Garden, Boston, on Saturday despite playing without Jimmy Butler in the second half of the contest.

Butler did not take to court following the break at halftime after experiencing swelling in his right knee. The Heat medical staff thought it better to keep him out of the game.

With the Miami Heat’s best player ruled out of making a return, the Boston Celtics had the opportunity to make a comeback for the ages.

Having given up a 26-point lead (20-46) in the opening minutes of the second quarter, the Celtics played some spirited basketball for the rest of the game. However, they could not make up for their lethargic start.

Miami went on to win the game 109-103 even though Boston cut the deficit to as little as one point (92-92) late in the fourth quarter.

Bam Adebayo came up big for the Heat in Butler’s absence. The center finished with 31 points, 10 rebounds, six assists and four steals in a game where Miami finished with 19 steals. Adebayo got some stellar support from his teammates, but none more so than from PJ Tucker.

Tucker finished with 17 points, his best showing of the 2022 playoffs. He also recorded seven rebounds and three steals.

Tucker shot 50.0% from the floor (5-of-10) and downtown (three-of-six) in a game where the Heat needed all the scoring help in the second half.

This is only the fifth instance that Tucker, who won a championship with Milwaukee last season, has scored 17 or more points in his playoff career.

There were question marks about whether PJ Tucker would play in Game 3 and what his impact would be given his injury status during Game 2.

Tucker exited that contest in the third quarter after playing 21-plus minutes because of a left knee contusion. He finished with five points in Game 2.

With the Heat having homecourt advantage snatched from them after their loss at FTX Arena, Miami, on Thursday, Tucker was determined to play at TD Garden, Boston. He told the media about his mentality and health following the Game 3 win:

“I told the guys I did not know what I had, but I was gonna give them everything I had.”

“I told the guys I did not know what I had, but I was gonna give them everything I had.”

PJ Tucker on playing this game tonight: “I told the guys I did not know what I had, but I was gonna give them everything I had.”