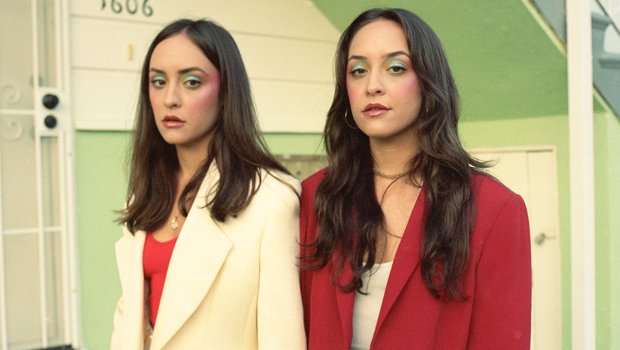 Rising stars Alessandra Mesa spirit Animari Mesa star side by side in the Erin Vassilopoulos-directed Superiorwhich premiered in the recent festival circuit and received praise from the New York Times as a “Critics Pick.” The identical twin sisters play identical twin sisters Marian and Vivian Rivera, who reunite at the start of the film after being estranged for six years. Co-written by Alessandra, the movie sees the sisters navigate their rekindled bond while reviving the relationship that was first introduced in the 2015 short of the same name, featuring the Mesas.

“We really have evolved so much as people, from when we started working on the short to now the feature – naturally, life takes its course, people have different life experiences – and we did not have to stick to the original characters we had from the short film, “the way they evolved in the fictional world, kind of like, in some ways, mirrored parts of our relationship in the reverse, which was interesting to play,” Ani explained in an EXCLUSIVE interview with HL. “We were playing out scenes in some ways that we had played out in life, some form of the scene, in the reverse, which was great and cathartic and an amazing experience. Things changed, dynamics changed. But it was such a great experience. ”

Ale added, “In the short, you really see two sisters who kind of have different levels of dependency or, need for independence,” while Ani touched on the featured “showed how different identities evolve over time based on who you’re around. ”

When it came to reuniting in front of the camera, Ani gushed over the “beautiful experience.” “It’s such an incredible experience I’m so grateful for in general. I really love to work with people that I have a built relationship with, ”she said. “I think working with your sister, there’s a natural, deep well of relationship to pull from. There’s a way that you communicate that is set that you can fall into. ”

She continued, “It’s also can be difficult because the people you’re the closest to, you’s the harshest on. There’s no professional filter, which is helpful and also difficult. But ultimately, it’s such an incredible experience. ” Alessandra noted that having Ani there helped her balance her dual-role as a co-writer and star. “It was difficult,” she told HL. “I had to pick a day when I just said, ‘Okay, after this day, I’m not a writer anymore, I need to start only looking at this script and seeing this world through Marion’s eyes,’ and it was really challenging . ”

“I really felt myself kind of like stretching the limits of what I was capable of and it really just became about channeling in. Once I got on set, that process got a little easier and I feel like in the first few weeks of filming, there’s moments of understanding the world that you’re in, in a whole different way, experiencing it physically and also gaining a trust with the people that you’re working with, ”Ale continued. “I think that is a huge and important part of the process that happens in the first few weeks of filming.”

Superior is now playing in theaters.