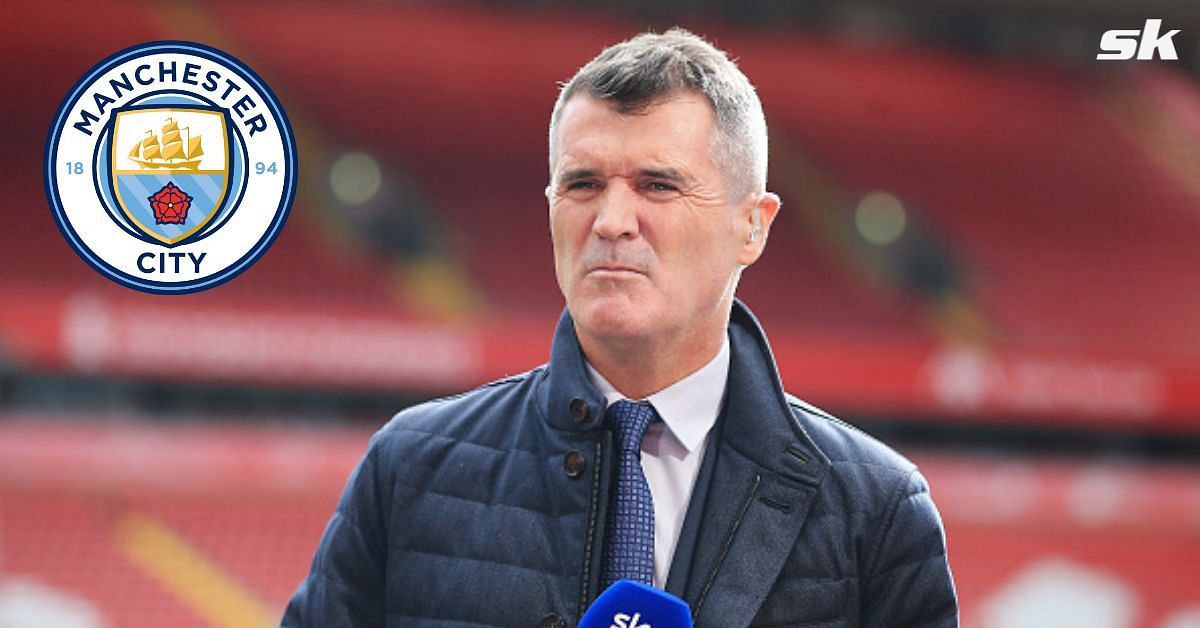 It is becoming a worrying trend with fans taking to the field following a huge victory but deciding to target an opposition player.

The first such instance took place in the Championship semi-final play-off between Nottingham Forest and Sheffield United, where the Blades’ Billy Sharp was unjustly headbutted.

Following the Toffees’ 3-2 comeback win that preserved their league status, a fan approached Vieira and antagonized the Frenchman who would kick him.

The most recent incident occurred after Manchester City’s brilliant 3-2 victory over Aston Villa on May 22 which was also marred by a similar disgraceful act.

One of assaulted Villains goalkeeper Robin Olsen as supporters invaded the pitch at the Etihad with Manchester City celebrating their Premier League success.

Keane has condemned the abbhorent actions of fans targeting players and managers during the pitch invasions. He told Sky Sports (via Mirror):

“Disgraceful, it really is. I tell you, a player or a manager is going to be seriously injured. If you’re mad enough to come on and punch a player then you’re silly enough to stab them or something. Something crazy will happen. I think people have come back from Covid and forgotten how to behave themselves. “

“Idiots. Scumbags. Disgrace. A player walking off the pitch and getting attacked, we’ve seen it during the week, Patrick Vieira. Absolutely disgraceful.”

Neville, Keane and Redknapp share their disgust after Aston Villa goalkeeper was assaulted numerous times whilst leaving the pitch.

Another Manchester United legend, Gary Neville, also tore into pitch invaders that have plagued the end of the football calendar in England. He told Sky Sports (via Mirror):

“These last 20, 30 years, we’ve bought the fences down in English football and supporters respect 99 per cent of the time that you do not go on the pitch. They enjoy the family environment. All of a sudden these last few months, we’ve got idiots running on the pitch, but if you’re attacking players and managers – what are you doing? “

There have been many calls for fans who invade the pitch to now get lifetime bans from their respective clubs.

What was once a wonderful experience in seeing fans join their beloved players on the pitch is now leading to scenes of violence against the opposition.