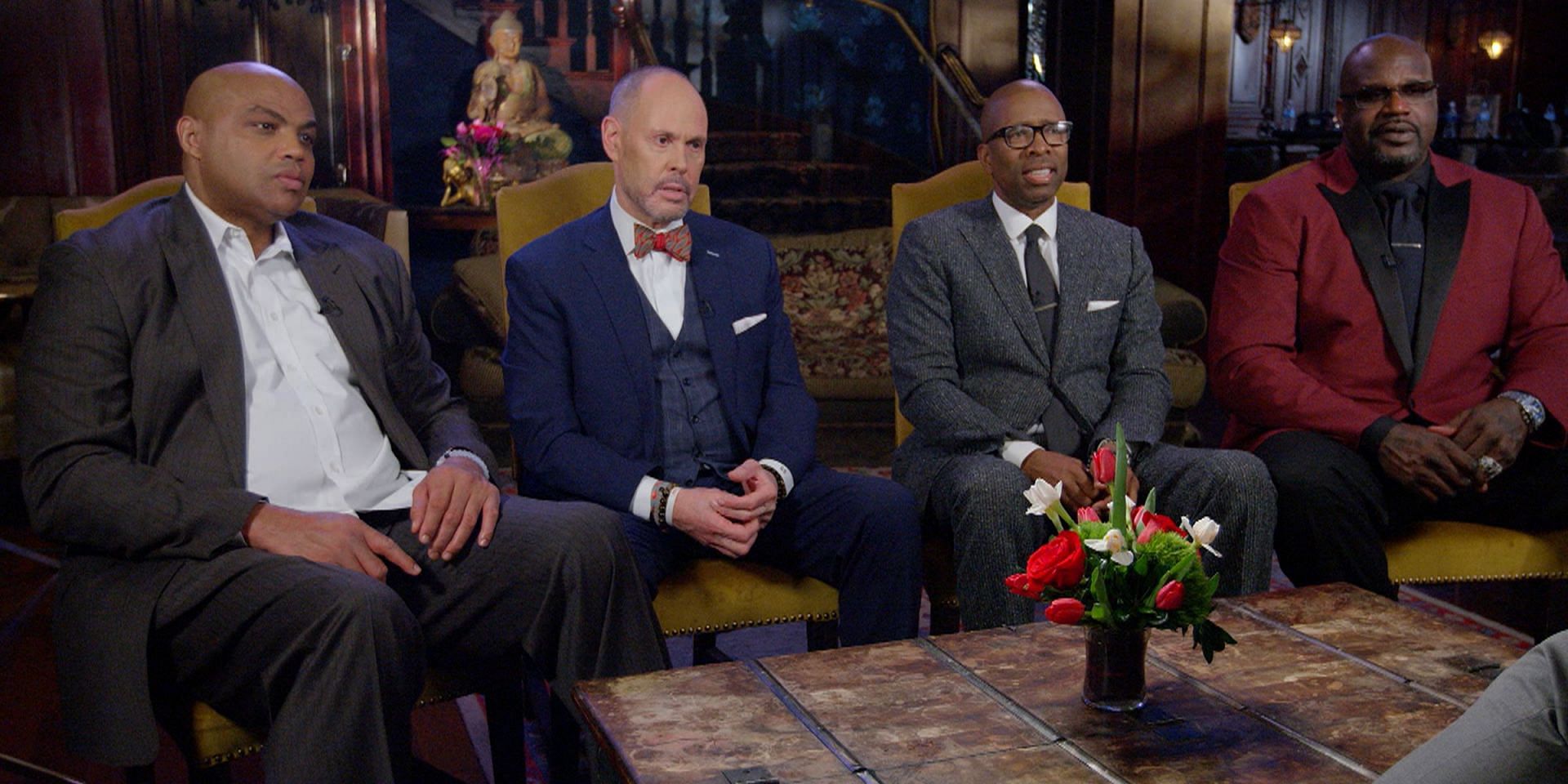 Shaquille O’Neal, Charles Barkley, Kenny Smith and Ernie Johnson were up early in the “NBA on TNT studio” to cover three playoff games. Shaq, who was noticeably absent when the show started, did not expect to get needled by “The Jet” out of nowhere.

The legendary LA Lakers big man passionately explained his point about Phil Jackson when Smith repeatedly cut him off. Shaq finally had it when the former Houston Rockets point guard told him with a straight face that he should not be late for work.

Here’s what the usually jovial big man had to say about his co-host’s attempt to needle him:

“If you try to be funny on TV again, I’m gonna put these paws on you.”

“If you try to be funny on TV again, I’m gonna put these paws on you”

@SHAQ & @TheJetOnTNT getting into it after The Big Fella showed up late.

“If you try to be funny on TV again, I’m gonna put these paws on you” 😳@SHAQ & @TheJetOnTNT getting into it after The Big Fella showed up late. https://t.co/lrtGLzaP9h

Barkley, whose attention was riveted to the whole exchange, suddenly went for a high-five with Smith while blurting:

By then, O’Neal looked upset and ready to go for Smith’s throat. To diffuse the tense situation, the two-time champion had a quick-witted reply:

O’Neal was likely already frustrated when he earlier shared a video of the traffic that stalled him. Like most who travel for work, traffic jams can be extremely annoying. It did not help that Shaq had co-workers who quickly pounced on his annoyance.

What’s funny about Smith haranguing Shaq for being late was that a few years back, Smith had the same reason for being late. Smith’s reason for the traffic was supposedly because a zebra was on the loose, which no one in the studio believed.

Shaquille O’Neal’s frustration was clearly boiling over after the heavy traffic getting o the studio, but he could have also taken the joke well. Shaq has been known to be quite nasty with his ribbing as well, so it’s par for the course.

With the action between the Brooklyn Nets and Boston Celtics heating up, the “NBA on TNT” set is also getting a little warmer. Several fans who were watching the banter turn into something tense are letting the former three-time Finals MVP hear about it.

The night is still early, and there’s a chance Shaq will only bide his time before he takes a crack at Kenny Smith. The “NBA on TNT” coverage just got more exciting.