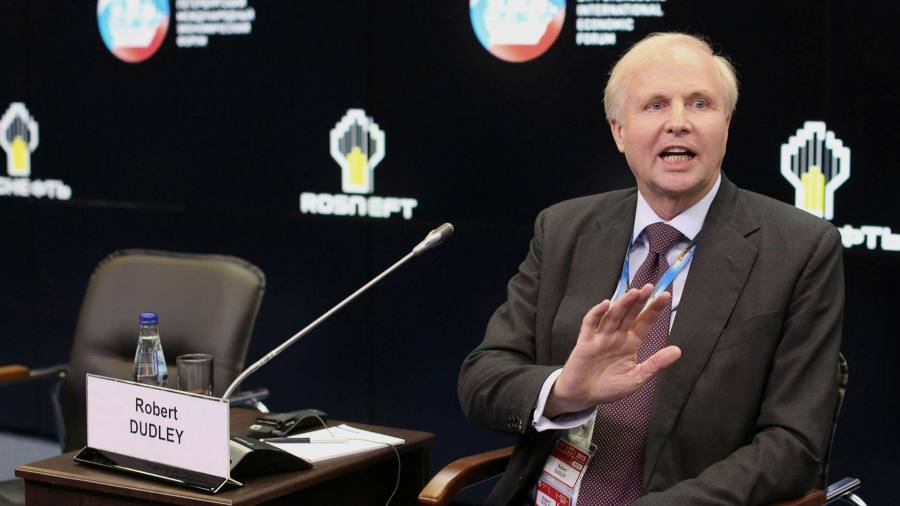 Weeks after Russia annexed Crimea in 2014, the oil and gas industry turned out in force at the St Petersburg International Economic Forum, billed as Russia’s Davos. “We have a responsibility to stand with our partners in difficult times,” said then-boss Bob Dudley as BP signed a deal with Russian state-owned Rosneft.

Total’s then-CEO, Christophe de Margerie, who died in a plane crash that year, summed up the mood in 2014: “We are involved in business; we are not involved in politics. ”

This is a line that companies often deploy when trying to shut down a conversation they do not want to have. And it is one that has been rolled out in recent weeks by BP as concerns grew about its 20 per cent stake in Rosneft. This week, under pressure in the aftermath of Vladimir Putin’s invasion of Ukraine, BP said it would exit the country.

BP’s cutting of ties with Russia is a significant moment. This is an extreme situation but morality-free decision making is now out – as it should be. Shell has said it will end its joint ventures with Gazprom, ditching the bulk of its Russia operations. Other majors like Total, which for now has said only that it will not invest in new Russian projects, should follow.

The idea that business can hold itself apart from politics and ignore geopolitical risk is wrong. The legions of analysts and lobbyists employed by them in all sectors suggest large companies appreciate that they do not operate in a vacuum. The idea is particularly disingenuous in oil and gas or mining. The significance of extractive industries to many countries in which they operate means lashings of politics on the way in, while operating, and on the way out. In Russia, any suggestion of a distinction is a nonsense.

Aurel Braun, a professor at the University of Toronto who has written presciently on how western governments and companies misjudged the irrationalities of the Putin regime, points out that international relations is full of theories about how the interplay of powerful corporate interests and government produces policy.

What is usually meant by people who make the distinction is that the oil and gas industry often tries to avoid making moral or ethical judgments about where it operates. “Their job is to do projects and make money for their shareholders,” said one energy specialist last week, after the invasion of Ukraine – one of several to doubt that BP would exit.

The cutting of ties with Russia by energy majors may seem perverse: withdrawal from operating assets will not hurt the Russian sector in the short term and could hand cash and production to local or sympathetic ownership on the cheap. But the technology and know-how of international groups has been crucial in the development of Russia’s lucrative oil and gas industry. Their position had become impossible, at a time when many are trying to establish their relevance in the energy transition and court new investors less inclined to accept their traditional business.

Other companies must consider what this ethical marker means for them. The British government has called for companies to examine if they are “continuing to do anything that props up the Putin regime”.

The US administration has sanctioned the Russian Direct Investment Fund, a sovereign wealth fund that has co-invested alongside foreign partners from more than 15 countries. Presumably the 53 members of Russia’s Foreign Investment Advisory Council, a group chaired by the Russian prime minister that includes big global names from finance, consumer goods, healthcare and professional services, are rethinking their agreement to “promote a positive image of Russia as a good place to invest ”.

Some must balance the legal and ethical risks of continuing to operate against their responsibilities to employees and customers on the ground. But, for all the seeming guff talked about purpose-driven business and stakeholder capitalism, there is now “too sophisticated a lobby to be able to compartmentalize these issues. . . where the traditional approach would have been to look for loopholes, ”says Mark Gregory, at Staffordshire University.

Both investors and companies could usefully examine where else, beyond war in Europe, they have misjudged the risks of operating in, potentially enabling capricious, authoritarian regimes with a dubious record on corruption and human rights.

That does not necessarily mean pulling out. But from now on, these questions certainly require better answers than a hackneyed line about steering clear of politics.