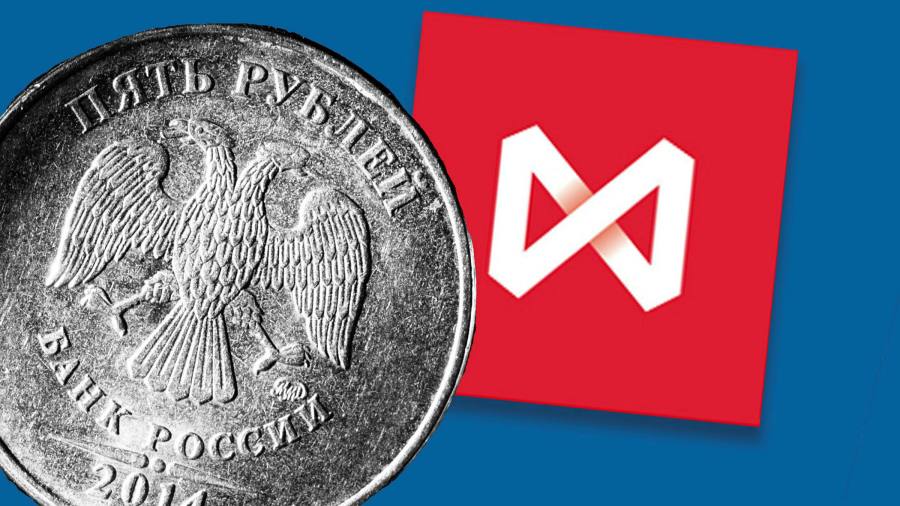 Global investors with at least $ 150bn in Russian securities on their books are scrambling to find ways to execute trades after western sanctions froze the country out of the global financial system.

Foreign investors held $ 20bn of Russia’s dollar debt and ruble-denominated sovereign bonds worth $ 41bn at the end of 2021, according to data from the Russian central bank. Holdings of Russian equities amounted to $ 86bn, Moscow Exchange data show.

But the exclusion of many Russian banks from the Swift payments network means foreign investors are now stuck, unclear how they can exit without falling foul of the new sanctions, and unable to find counterparties who are willing and able to buy.

“Markets have priced an extremely conservative level across the board because, frankly, markets have just pulled back and said ‘we are going to wait and see what happens’,” said Rick Rieder, chief investment officer of global fixed income at BlackRock, one of the biggest western holders of Russian sovereign debt, according to data from Bloomberg. “There’s not a lot of actual trading going on. Nobody wants to be on the other side. ”

Over the weekend, western countries said they would bar some Russian banks from Swift, the messaging network that underpins global payments, while also blocking the central bank’s ability to access $ 630bn in foreign reserves. From Tuesday, the US will prohibit its financial institutions from buying new Russian government bonds.

Most trading has stopped. The Russian central bank on Monday banned overseas institutions from selling local securities on the Moscow Exchange, and suspended trading in shares and derivatives on the stock exchange was all day.

The value of London-listed securities such as Sberbank, TCS and Gazprom plummeted on Monday, but many traders also voluntarily withdrew from making prices for fear of the repercussions – instead choosing to wait for more guidance from their compliance departments.

Nasdaq and the New York Stock Exchange have temporarily halted trading in some Russian listed names as they search for more information on the impact of sanctions following Russia’s invasion of Ukraine.

US regulations give the exchanges the power to suspend trading in shares and ensure that investors have full disclosure of any material information that may affect share prices. Among the companies Nasdaq halted include Nexters, Yandex and Ozon Holdings.

One question for brokers and investors was whether their trading counterparts would be ejected from Swift. “I’m having to not trade Russia till I get a list,” said one trader at an investment bank.

Some brokers were concerned that even if they managed to strike a deal, there was little guarantee it would be settled and the asset exchanged for cash. Most cross-border trades are settled in US dollars, and banks are responsible for managing the currency risk for such transactions. “It’s just so messy. If you trade something and you can not settle it, you’re left with the exposure, ”said a trader at a US broker.

Those concerns were exacerbated by worries that payments for trades and coupons on bonds would be frozen in accounts at custodian banks or international securities depositories, where deals are settled and balances between central banks and commercial banks are updated.

The two largest depositories, Belgium’s Euroclear and Clearstream, together hold about € 50tn of assets in custody for global investors, making them a pillar of the financial system. Deals are usually finalized by transferring balances between customer accounts held at the depository, or between the two market utilities.

Late on Monday, Clearstream said the ruble would no longer be an eligible settlement currency, with immediate effect.

Euroclear said it would disable VTB, the main conduit between both customers of Euroclear and Clearstream, on Tuesday and cease ruble denominated trades that take place outside Russia from March 3. It also said it could not accept incoming funds to its other correspondent bank, Dutch group ING. Correspondent banking entails one bank providing services to another, often in a separate country.

Some brokers pinned their hopes on Euroclear finding a new regulatory-compliant bank in Russia. However, such a process can take time.

“Setting up a new correspondent bank relationship can take months. It’s a very onerous process. Generally you’re encouraged to do on-site visits for due diligence or explain why you haven’t, ”said Virginie O’Shea, founder of Firebrand Research, a capital markets consultancy.

BlackRock believes it is possible that Russia could default on its bonds because of an inability to make payments to investors’ accounts. “It’s the difference between ability to pay and desire to pay,” said Rieder.