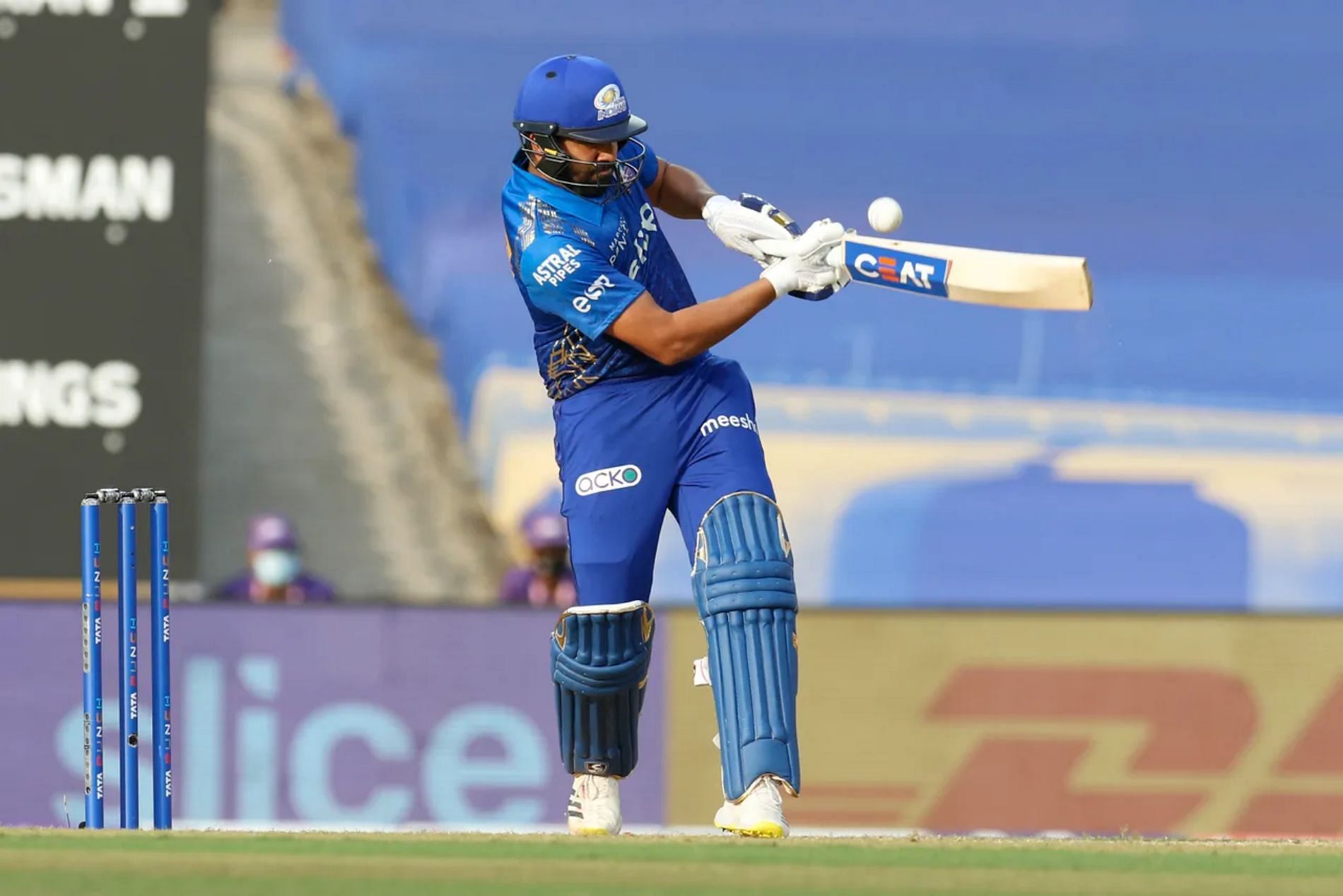 Aakash Chopra reckons that Mumbai Indians (MI) skipper Rohit Sharma’s below-par IPL display slipped under the radar in previous seasons because the other batters in the team performed well. The former Indian opener pointed out that the 34-year-old does not have that cushion in IPL 2022 as MI have fared miserably.

Mumbai are on a six-match losing streak, having failed to win a single game this season. Captain and opening batter Rohit has had a forgettable time with the bat, managing only 114 runs at an average of 19 and a strike rate of 129.55.

MI will be keen to get their first points on the board when they face arch-rivals Chennai Super Kings (CSK) in the 33rd match of IPL 2022 at the DY Stadium in Navi Mumbai on Thursday, 21 April. Chennai have been equally unimpressive, managing just one win in six games.

Previewing the match on his YouTube channel, Chopra urged skipper Rohit to lift himself as a batter, as the team needs ‘Hitman’ to be at his best more than ever. He commented:

“You expect runs from Rohit Sharma, but they are just not coming. It’s not like Rohit Sharma had been scoring 500 runs in previous IPL seasons. But because the others played so well, it did not become an issue. But that is not the case now. Rohit the batter has to come. Rohit and Ishan (Kishan) need to score runs for Mumbai to win. ”

Analyzing Mumbai’s batting form, Chopra admitted that Dewald Brevis has been impressive, but opined that Sri Lankan off-spinner Maheesh Theekshana could trouble him. He added:

“Dewald Brevis is batting very well, but he will have an interesting match-up with Maheesh Theekshana. He might get found out a bit against the slow ball. Suryakumar Yadav can bat up the order, Tilak Varma is doing well. ”

“Do not see MI making a change in bowling” – Aakash Chopra

Mumbai’s bowling has clearly been their weak link in IPL 2022. They do have the option to try out a couple of players. However, Chopra does not see that happening as the five-time champions have been too rigid with their team selection policy. He stated:

“I do not see MI making a change in bowling. Riley Meredith is on the bench, but they do not want to play him despite Tymal Mills being expensive. They are not even thinking about Mayank Markande instead of Murugan Ashwin. Jaydev Unadkat is doing a decent job, but this does not look like a fearsome bowling attack. ”

Mumbai conceded 199 runs in their previous match against the Lucknow Super Giants (LSG). Tymal Mills was hammered for 54 runs in three overs while Fabian Allen conceded 46 in his four.