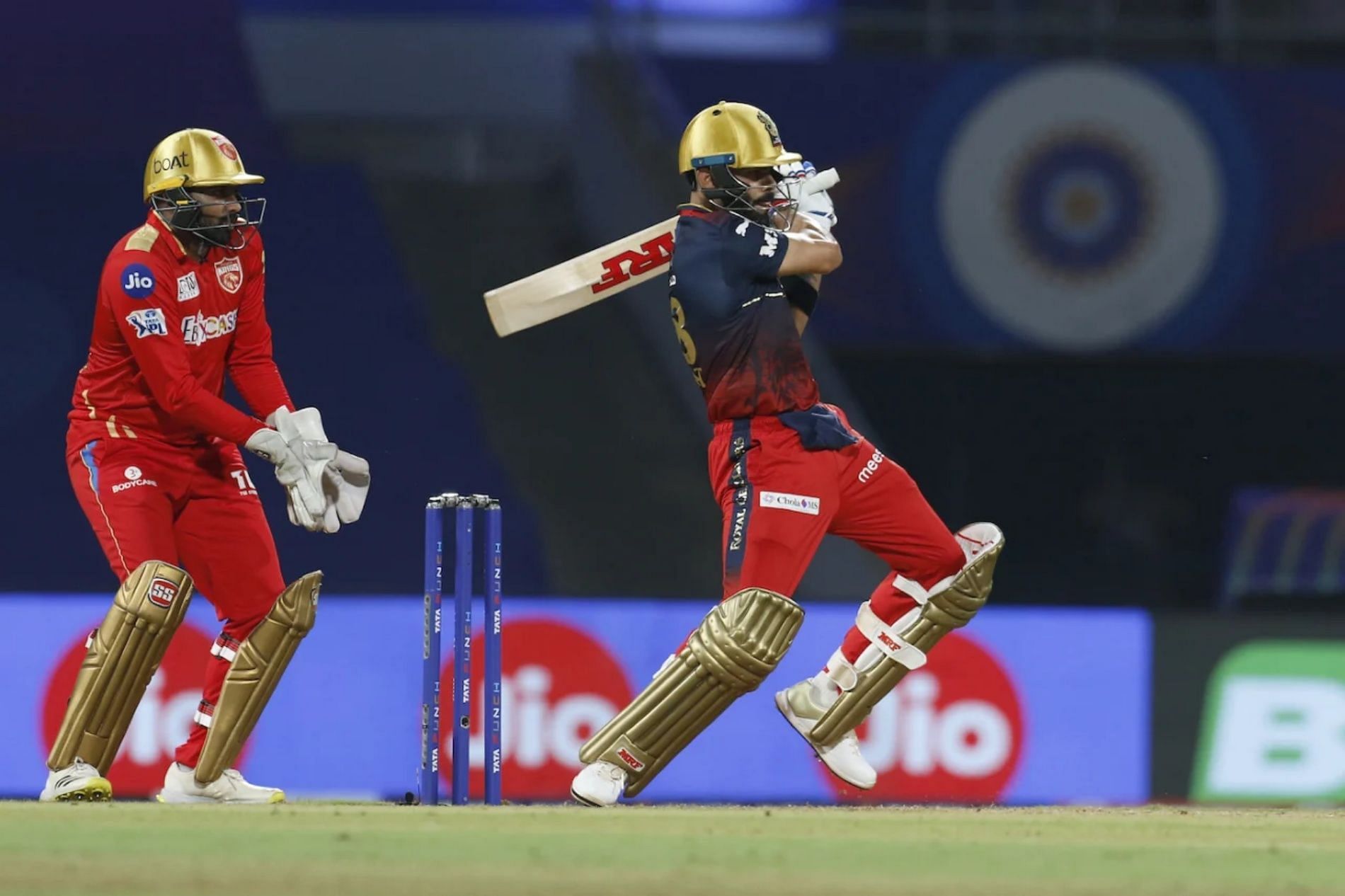 Aakash Chopra reckons that Virat Kohli’s struggles with the bat might continue in the ongoing IPL 2022. According to the cricketer-turned-analyst, the way the Royal Challengers Bangalore (RCB) star is batting, he is looking out of sorts not just with the willow, but mentally as well.

Kohli’s lack of form has been one of the major talking points of the IPL 2022 season. In nine matches, he has scored 128 runs at an average of 16 and a strike rate of 119.63. RCB fans and the franchise will be hoping the star batter returns to form when Bangalore take on the Gujarat Titans (GT) at the Brabourne Stadium in Mumbai on Saturday.

Previewing the contest, Chopra said on his YouTube channel that expecting a big score from Kohli might be a bit too optimistic considering his current form. He opined:

Kohli is not scoring runs, but the way he is batting it does not look like he is going to score a lot of runs soon. It may start slowly and build up, but as of now, the ball is not meeting the bat. His mindset has also been muddled as he has looked unsettled over whether to attack or play with caution. It has been that kind of season for him. ”

RCB dropped Anuj Rawat for the last match and played Kohli as an opener. It did not help much as the 33-year-old was dismissed cheaply again. Chopra added that not only Kohli, but skipper Faf du Plessis and the middle order have also let RCB down in IPL 2022, leaving Dinesh Karthik and Shahbaz Ahmed with too much to do. He stated:

Kohli has been moved to the opening slot. But whatever changes are being made, it is all coming down to Dinesh Karthik and Shahbaz Ahmed. Way too often they are having to pull the team out of trouble. ”

Kohli was dismissed for just nine off 10 against the Rajasthan Royals (RR). Bangalore faltered while chasing 145, going down by 29 runs.

Shifting focus to RCB’s opponents on Saturday, the Gujarat Titans, Chopra hailed the debutants and pointed out that they keep finding ways to win from extremely difficult circumstances. The 44-year-old elaborated:

“GT find winners from absolutely nowhere. They are a phoenix team, rising from the ashes. Despite Rashid (Khan) going for 40 and Lockie (Ferguson) for 50, they still win. This is an incredible team. When others fail, (Wriddhiman) Saha stands up. They have flaws in their batting, but no one has been able to exploit it. ”

GT needed 47 to win off the last three overs in their previous match against the Sunrisers Hyderabad (SRH). Rashid Khan (31 * off 11) and Rahul Tewatia (40 * off 21) played blinders to lift Gujarat over the line. The Hardik Pandya-led side are currently atop the standings with 14 points from eight games.