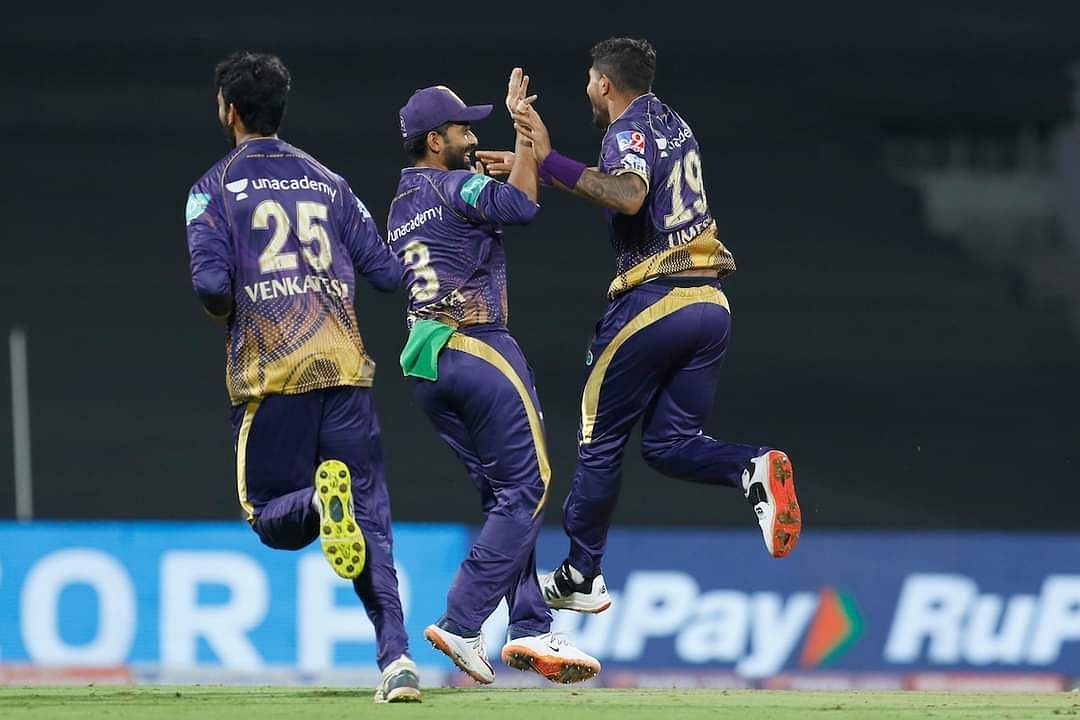 Kolkata Knight Riders (KKR) captain Shreyas Iyer was proud of the team’s performance despite a three-wicket loss to Royal Challengers Bangalore (RCB). The two-time champions took the game into the final over while defending a target of 129 at the DY Patil Stadium.

Defending a paltry total, the KKR pacers got the two-time winners off to a flying start. While the bowlers fought hard, composed knocks from Sherfane Rutherford, Shahbaz Ahmad, and Dinesh Karthik helped RCB cross the line in their second game.

Praising the team’s efforts to stretch the game to the final over of the innings, Iyer said during the post-match presentation:

“I really found this game exciting, because before getting into the second phase, I just spoke to my boys and told them that this game is going to define our character and attitude on the field.”

“It does not matter if we defend the total or not, but the way we fight it on the ground, that is really going to reflect our mentality. I’m really proud of the way we played this game and took it to the last over.”

RCB’s approach against the KKR spin twins arguably decided the game. While Sunil Narine bowled a composed spell, his partner Varun Chakravarthy was not on the same page and was unable to bring control to his bowling.

Explaining the decision to bring Venkatesh Iyer into the attack in the penultimate over of the innings, Shreyas Iyer said:

“Well, it was really tough at that moment because I wanted to get my best bowlers out there and get a few wickets, but that did not work out really well.”

“You know, kudos to their batsmen, they played really well in the middle and they took out the toughest phase as soon as possible. At the end, I decided to go with Venky because he has also got really good bowling at the International level and I need to back them, especially at the start of the tournament, “

The all-rounder bowled a composed 19th over, but conceded a boundary off the final delivery to make things easier for RCB in the final over. Former KKR skipper Dinesh Karthik only required two deliveries off Andre Russell to finish the job for his new franchise.

The majority of KKR batters lost their wickets after playing expansive shots before completely settling at the crease. The hard-hitting approach from the word-go backfired on a surface that was a little two-paced.

Opining that KKR will stick to their aggressive approach while making amends to their collapse against RCB, Iyer said:

“It was looking a bit dicey at the start, a little two-paced and the bounce was odd. We wanted to get off to a really good start, that’s what we planned but the execution part was really tough from us, we could not do it well. To be honest, we are going to come back with the same mindset, we are not going to chicken out or something. “

Out of all KKR batters, only Andre Russell and Varun Chakravarthy managed to survive more than 15 deliveries at the crease. The constant fall of wickets did not help their case either as they lacked momentum in the first innings.

Praising Wanindu Hasaranga for his match-winning spell of 4-20, Iyer concluded:

“He bowled really well, he got off to a good start after getting my wicket. I was able to read him really well. We decided that we were going to play him as an off-spinner, but unfortunately, he bowled a really good line and length and he was getting a bit of help as well on this wicket. So yeah, congratulations to him. “