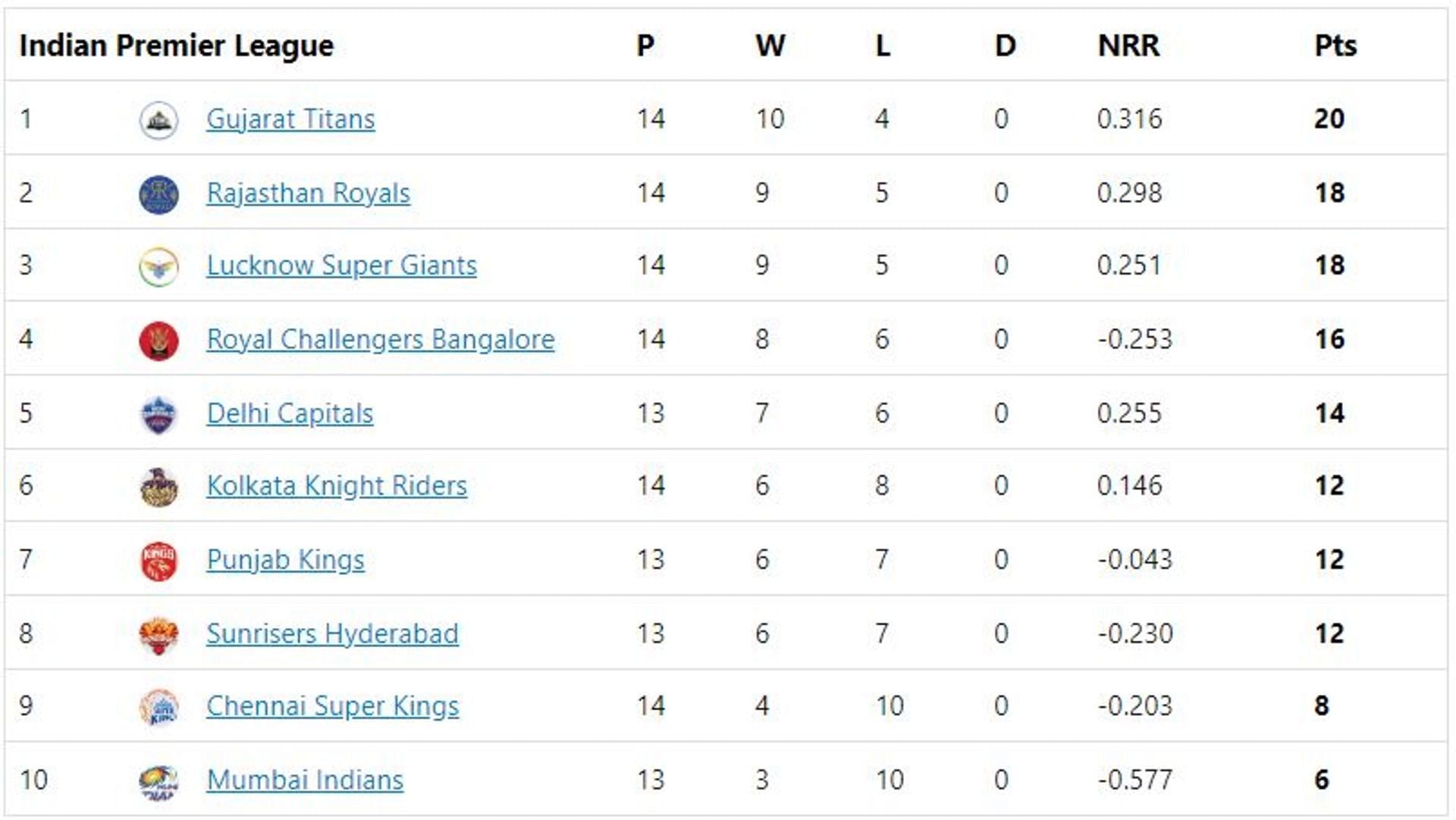 The 68th match of the Indian Premier League (IPL) witnessed the Chennai Super Kings (CSK) take on the Rajasthan Royals (RR). The Sanju Samson-led side secured a five-wicket win at Brabourne Stadium to end their league stage on a high.

Electing to bat first after winning the toss, CSK lost Ruturaj Gaikwad early to Trent Boult. What followed was a counter-attacking clinic by Moeen Ali. The left-handed all-rounder scored 93 off 57 deliveries. However, after scoring an impressive 75 in the powerplay, the MS Dhoni-led side could only finish with 150-6.

In reply, RR lost Jos Buttler in the second over of the chase. Yashasvi Jaiswal once again stepped up against CSK to score the second half-century of the season. Spinners stepped up in the middle overs to bring the defending champions back into the game. Ravichandran Ashwin responded with a cameo for the ages to prod RR over the line.

RR finished the campaign in second spot after a last-over victory. The inaugural champions also secured their berth in Qualifier 1 against the Gujarat Titans (GT) for a spot in the final. Tied with the Lucknow Super Giants (LSG) at 18 points, RR were assured of second spot following a superior net run-rate of 0.298.

CSK finished their dismal tournament with their tenth defeat of the season. They are currently placed ninth in the table, but could finish bottom for the first time if Mumbai Indians defeat Delhi Capitals and take over their net run-rate of -0.203.

Jos Buttler’s struggles in the second half of the campaign continued after losing his wicket to Simarjeet Singh. The Englishman could only add two more runs to his tally, which now reads at 629 runs following the end of the league stage. He holds a 92-run lead over KL Rahul at an average of 48.38. The wicket-keeper, however, has only scored 138 runs in his last seven innings.

This marks the first time in CSK’s history that no batter has scored 400 runs in an entire campaign.

Yuzvendra Chahal secured a two-wicket lead over fellow spinner Wanindu Hasaranga at the top of the Purple Cap list. The leg-spinner bowled a tight spell of 2-26, accounting for the wickets of Ambati Rayudu and MS Dhoni in the penultimate over of the innings.

Dwayne Bravo ended up as CSK’s highest wicket-taker after 16 wickets in 10 matches. The Caribbean all-rounder is ranked 14th among the wicket-takers.