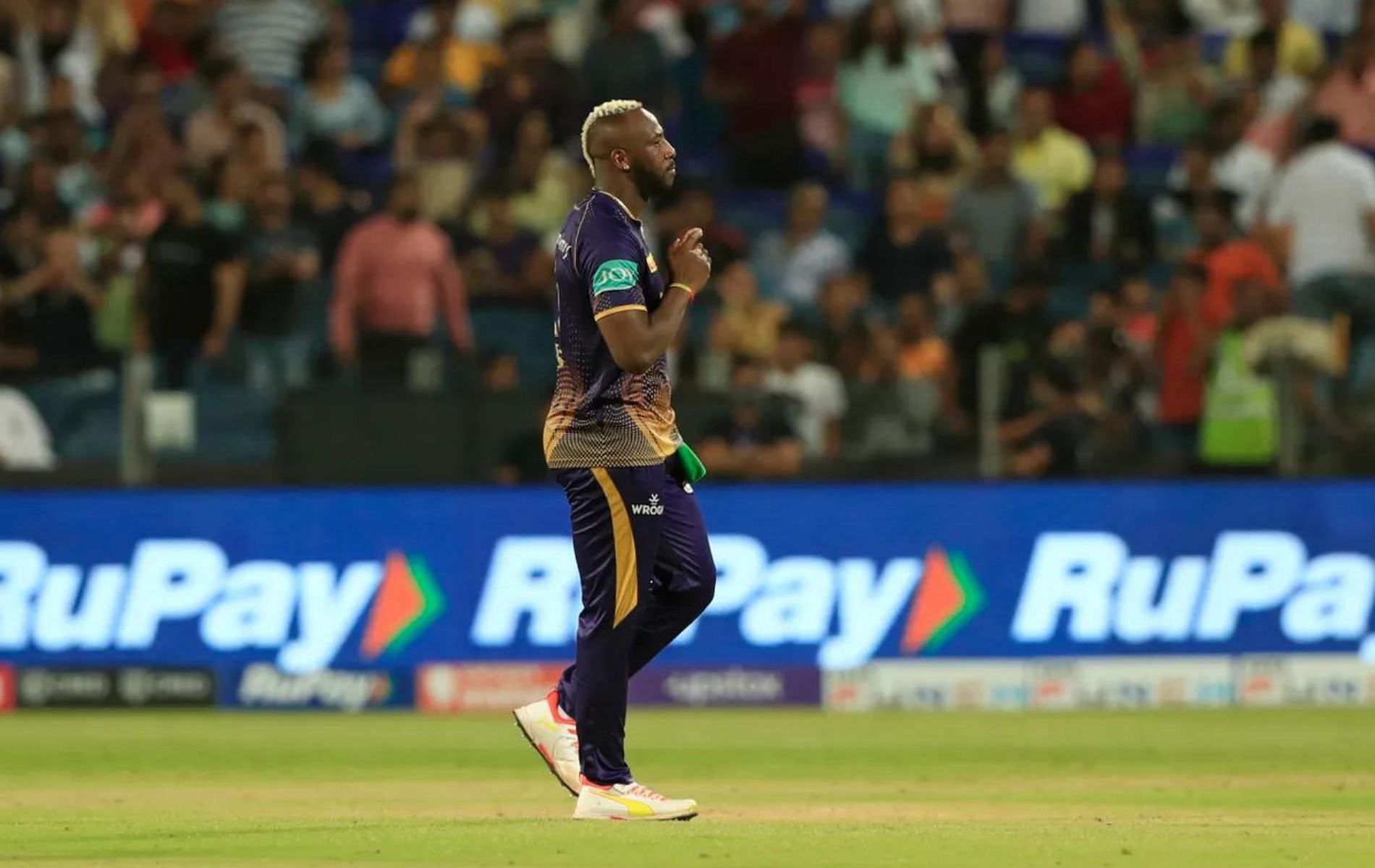 Sehwag stated that Andre Russell, with his all-round performance against SRH, showed why KKR retain him every year. He lauded him for his significant contributions with the bat and ball in his team’s latest clash. The ‘Nawab of Najafgarh’ made those remarks while speaking on Cricbuzz.

“Andre Russell has been KKR’s top performer. He has contributed with both bat and ball. This is why they pay him a hefty paycheck and retain him every year. There was a period when he had issues with his fitness but despite that, he has has been a top contributor. He is a true match-winner. “

Andre Russell’s unbeaten knock of 49 helped Kolkata register an impressive total of 177 at the MCA Stadium in Pune. The West Indian cricketer also made an impact with the ball by picking up three crucial wickets in the contest.

Speaking in the same video, former India seamer RP Singh pointed out that Umesh Yadav’s return helped Kolkata as he bowled a tidy spell with the new ball alongside Tim Southee. He pointed out that the two pacers added pressure on the opposition by bowling a lot of dot balls during the powerplay.

“Umesh Yadav’s return benefited KKR. You need a bowler who can make an impact with the new ball. Both Umesh Yadav and Tim Southee did that today. They bowled a lot of dot balls and that is very crucial as it adds pressure on the batters . “

It is worth mentioning that Yadav missed his team’s last two matches due to an injury. He looked in stunning form in his comeback fixture. The right-armer conceded just 19 runs from his full quota of four overs and also dismissed the dangerous-looking Aiden Markram.

Singh added that KKR would be delighted to win the contest by a big margin at this critical juncture. He explained that Shreyas Iyer and Co. bettered their net run rate with a comprehensive win, which could boost their chances of making the cut for the all-important playoffs.

“It was a great day for KKR. They secured two crucial points while also bettering their net run rate. This win is a bog booster for them as you never know what can happen at this stage.”

Meanwhile, the Shreyas Iyer-led side currently occupies the sixth place in the IPL points table. They have managed six wins so far from their 13 appearances. Even if the side wins their last league fixture, their qualification chances will rely on the outcome of other matches.