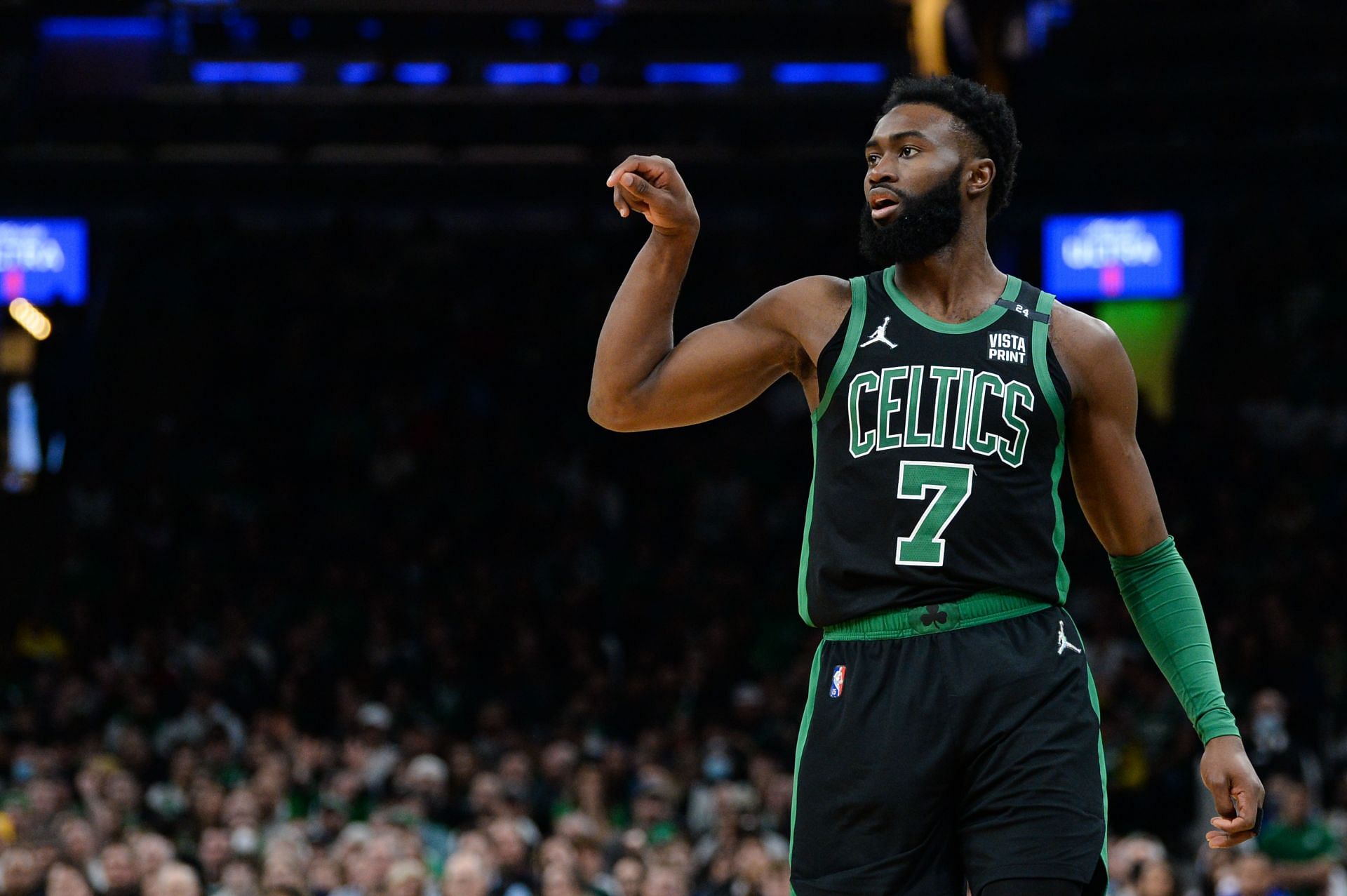 Jaylen Brown and the Boston Celtics have a crucial game against the Miami Heat on Wednesday night.

The game is a showdown between two of the Eastern Conference’s top teams. At stake are massive playoff-seeding ramifications as the Celtics (47-29) are just one game behind the Heat (48-28) for the East’s No. 1 seed.

There’s been a number of reasons for Boston’s sensational surge. One of those factors has been the outstanding play of Brown, a young star wing. In his last 10 games, Brown has averaged 24.0 points, 5.4 rebounds and 2.9 assists per game while shooting 49.7%.

Boston Celtics wing Jaylen Brown is listed as probable for Wednesday night’s game against the Miami Heat. Brown is dealing with a knee injury and is considered day-to-day.

With the seeding ramifications that Wednesday night’s game against the Miami Heat has, it would seem a surprise if Brown is unable to suit up for the Celtics.

The competition in the East has turned into a vicious battle as teams try to lock in seeding for the playoffs. Milwaukee held off Philadelphia 118-116 on Tuesday night.

After storming up the standings in the East, Boston is eager to secure one of the top spots. The Celtics will be able to enjoy homecourt advantage for more playoff rounds in the coming months based on how high the team can finish.

The Celtics are 21-3 since the “energy shifted”.

If the Celtics are going to have a chance to win against Miami on Wednesday night, they are going to need Brown. The six-year veteran averages 23.4 ppg, 6.1 rpg and 3.2 apg, while shooting 46.9%, including 35.0% from 3-point range.