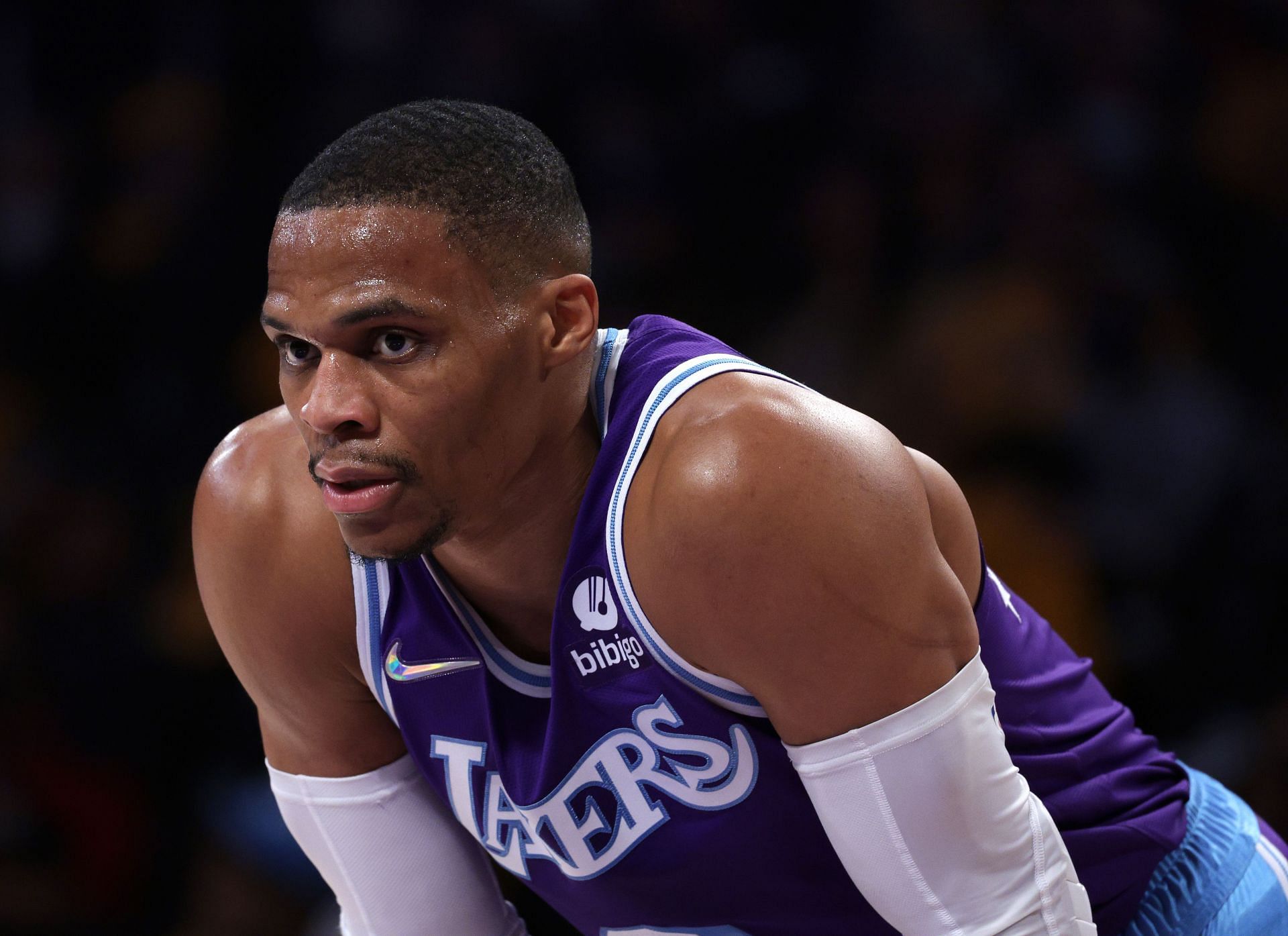 Russell Westbrook has received the bulk of the blame for the Los Angeles Lakers’ poor performance so far in the 2021-22 NBA season.

There was speculation among fans that the Lakers might consider trading Westbrook to the Houston Rockets for John Wall. It’s clear that, with the trade deadline having passed, this move never came to fruition.

This confirms that the Lakers will continue with Westbrook for the remainder of the season. They will now look to optimize his fit with the team in order to secure more wins in the latter part of their campaign.

As of now, the Lakers’ controversial star is listed as questionable for tonight’s game against the Golden State Warriors.

Later tonight, the Warriors will host the Lakers at Chase Center. The Lakers look to snap their two-game skid and will need all the help they can get against the 41-15 Warriors.

What is Russell Westbrook’s status for tonight’s game against the Golden State Warriors?

Westbrook has been listed as “questionable” with lower back tightness ahead of tonight’s game against the Warriors. He first experienced the discomfort in their game against the Bucks and has since been on the injury report.

Russell Westbrook on his back injury: “It comes and goes… I’m not accustomed to sitting down for long stretches.”

Russell Westbrook on his back injury: “It comes and goes… I’m not accustomed to sitting down for long stretches.” (via @RyanWardLA) https://t.co/QEjYetcTv8

The two-time scoring champ has been the most durable player for the team this season, playing in 55 of their 56 outings so far. However, he sat out of their last game against the Portland Trail Blazers.

When will Russell Westbrook return?

There is no timeline for Westbrook’s return, but it will undoubtedly be soon, considering the minor nature of his injury. Although he is not exactly the fans’ favorite at the moment, he is still capable of spectacular performances.

There is a good chance he will feature in tonight’s game against the Warriors. If he does not, it will be only the second game he has missed this season.

How does Russell Westbrook’s absence impact the LA Lakers?

If you ask the fans, the majority of them would be fine with just the play of LeBron James and Anthony Davis. Regardless of how poorly Russ has performed so far, history has shown that he tends to elevate his game during the second half of the season.

Despite his turnover problems, he leads the team in assists per game, with 7.6 per contest. The nine-time All-Star could be impactful for the Lakers, but he first needs to figure out how to play alongside LeBron.