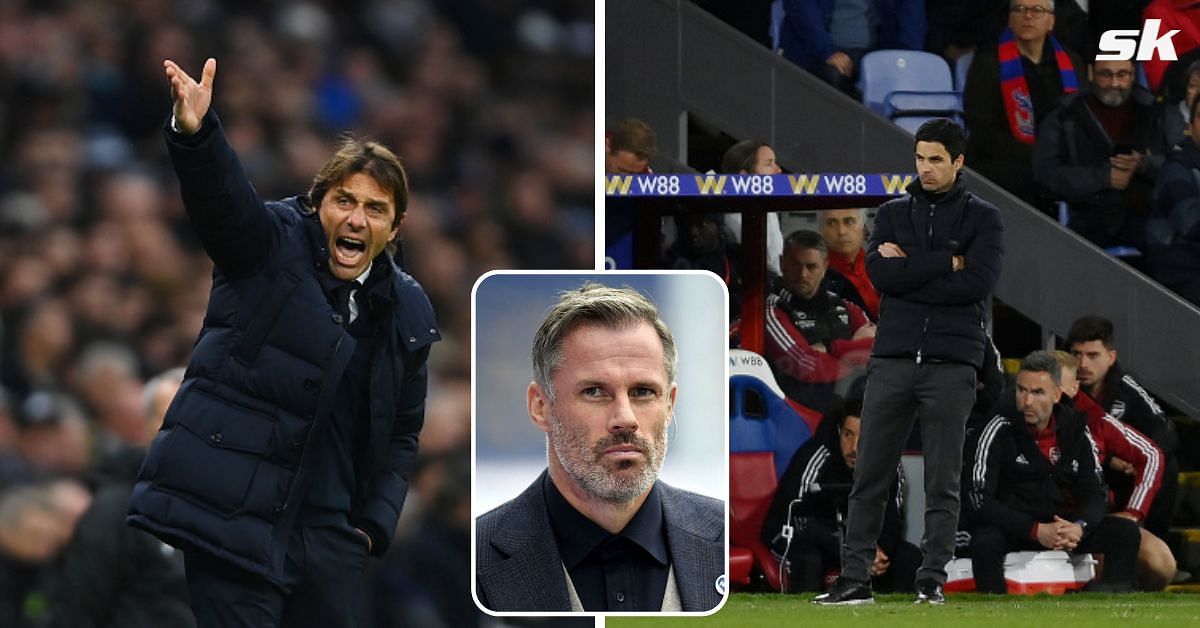 Former Liverpool defender and Sky Sports pundit Jamie Carragher has once again changed his predictions for the top-four race, this time opting for Tottenham Hotspur over Arsenal.

The race for fourth spot in the Premier League is proving to be an entertaining one, with multiple teams vying for the last Champions League berth right.

Manchester United, Arsenal, and Tottenham Hotspur are the major contenders, with the north London duo currently placed in a better spot. Carragher had previously backed Spurs to grab the fourth spot before recently reversing his decision in favor of the Gunners.

But while Arsenal lost 3-0 to Crystal Palace on Monday night, Tottenham beat Newcastle United 5-1 at the weekend. The results have led Carragher to make a U-turn on his top-four prediction once again, claiming Spurs are now the favorites.

Goal for Crystal Palace – scored by Zaha from the spot

He told Sky Sports (as reported by HITC):

“I think two or three months ago I was asked the question on this show, and I said Tottenham at the time. But I said Arsenal yesterday. I will probably go back to Tottenham. It changes all the time. ”

“I think it’s a bad night for Arsenal. The way they’ve lost not just the three points. But I think it’s very important they do not sort of panic and there’s no hysteria. They’re still in a really good position, a better position than Tottenham and Manchester United. They’ve just won five away games on the bounce, 15 out of 18 away from home, they’d have taken that. ”

Mikel Arteta’s men were dealt an injury blow during their loss to Palace, with midfielder Thomas Partey now being sidelined. There is no confirmation yet on the extent of the Ghana international’s injury. Left-back Kieran Tierney, meanwhile, will undergo knee surgery and could miss the rest of the season, according to ESPN.

Can Arsenal finish in the top four?

The Gunners are still in a good position to clinch fourth spot at the end of the season. They are currently fifth in the table with 54 points from 29 games. Spurs are level on points in fourth place, but have played one more game than their north London rivals.

While West Ham United are sixth with 51 points from 31 games, Manchester United are down in seventh. The Red Devils have also collected 51 points, but have a game in hand over the Hammers.

April will be hugely important for the Gunners, who will face Chelsea and Manchester United in back-to-back Premier League fixtures later this month.