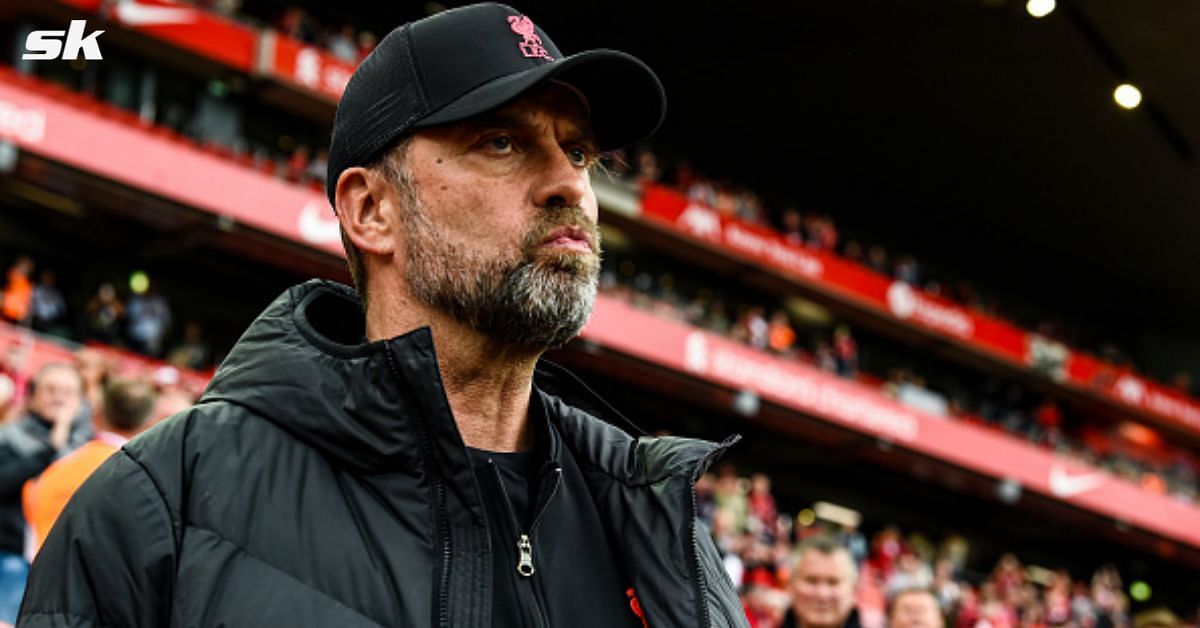 Liverpool manager Jurgen Klopp has raised doubts over the fitness of Thiago Alcantara ahead of their UEFA Champions League final against Real Madrid on May 28.

Klopp’s side were narrowly pipped to the Premier League title on the final day (May 22) of the season by Manchester City. However, it was not without a host of twists and turns.

The Reds conceded early on in their game against Wolverhampton Wanderers. However, they staged a spirited comeback that has been synonymous with the side this season and won 3-1.

Meanwhile, Manchester City all fought back against Aston Villa, having been 2-0 down to win 3-2 and claim the title on a memorable final day.

Thiago’s brilliance got Liverpool back into their game against Wolves after Pedro Neto had scored the opener for the visitors. The Reds midfielder sent a delightful flick pass through to Sadio Mane in the 24th minute, who finished off clinically.

However, Liverpool fans would have been concerned when Thiago limped off down the tunnel at the end of the first half.

The Spanish midfielder was then replaced by James Milner in the second period. Many fearing for his availability in the European cup final in just under a week.

Klopp has now confirmed those fears by saying that the injury does not look to be a good one.

He told reporters following the 3-1 win over Wolves (via Anfield Watch):

“It did not look good. We have to see.” #awlive [bein sports]

Klopp on Thiago: “It did not look good. We have to see.” #awlive [bein sports]

That does not bode well for the Reds’ huge Champions League final against Real Madrid, given that Thiago has been instrumental in midfield.

His creativity has opened up defenses on so many occasions and should he miss the final in Paris, there will be concerns over his replacement.

Liverpool headed into the season’s final day knowing that it would take an unlikely Manchester City slip-up to give them any chance of Premier League glory.

However, City did just that as a first half to forget for Pep Guardiola’s men saw Aston Villa take a 1-0 lead.

The Villans bettered it in the 69th minute through Philippe Coutinho with Anfield starting to believe that an unprecedented quadruple was within their sights.

When Coutinho scored at the Etihad, it was 1-1 at Anfield as Mane’s equalizer had got the Reds back into things.

NEW: Thiago has a right hamstring injury and is a major doubt to be fit for Real Madrid next Saturday. #awlive [sky]

🚨 NEW: Thiago has a right hamstring injury and is a major doubt to be fit for Real Madrid next Saturday. #awlive [sky]

City then staged an unbelievable comeback and despite Liverpool’s own fightback, it was the Cityzens who would claim the league title.

Now, all attention turns to Paris for Klopp and his side as they look to avenge the 2018 Champions League final. They were despairingly beaten 3-1 by Madrid back then.