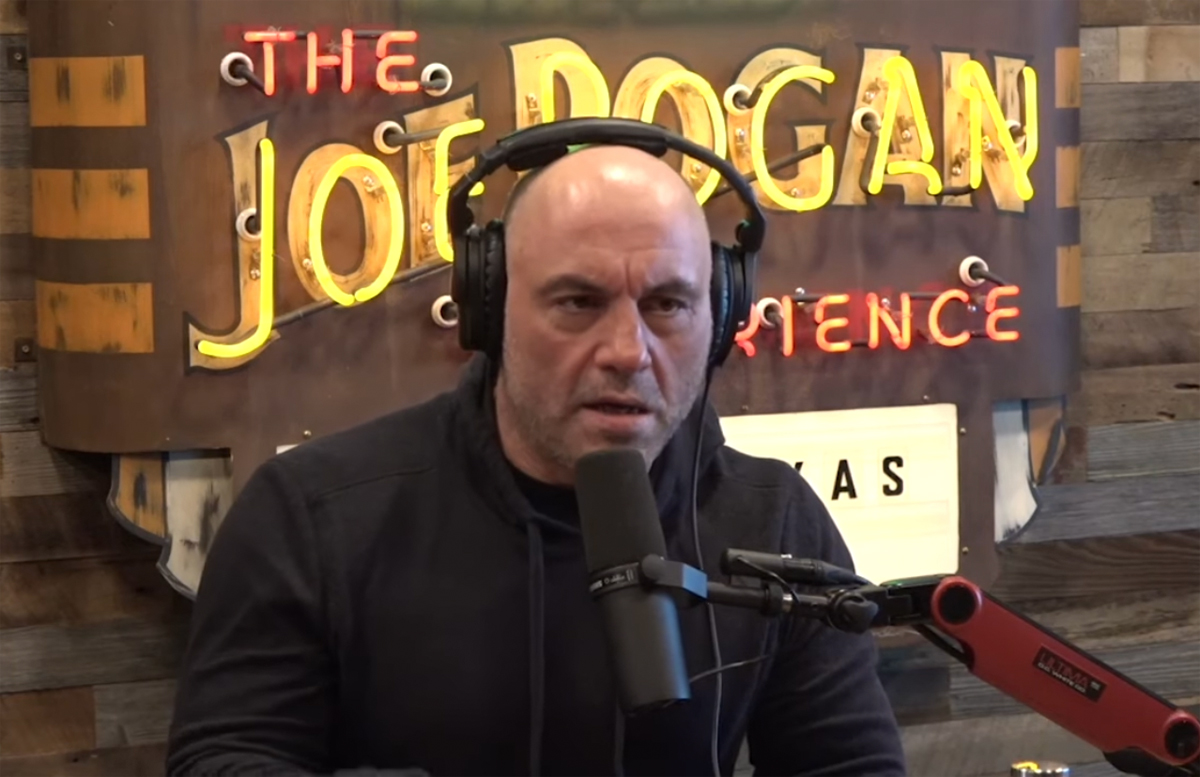 Joe Rogan issued an apology after videos of him using a racial slur multiple times on his podcast The Joe Rogan Experience resurfaced online.

The 54-year-old host, who is already at the center of the controversy surrounding COVID-19 misinformation on Spotifycame under fire again after artist India Arie shared clips of him saying the N-world on at least 24 occasions when explaining why she was pulling her music from the streaming platform. And now, he has addressed the latest backlash in a video posted to Instagram on Sunday.

Calling the videos the “most regretful and shameful thing I’ve ever had to talk about publicly,” Rogan insisted the compilation was just “clips taken out of context” from “12 years of conversations” on his show. He continued:

“I know most people there is no context where a white person is ever allowed to say that word, never mind publicly on a podcast. And I agree with that now. I have not said it in years. But for a long time, when I would bring that word up – like if it would come up in conversation, instead of saying ‘the N-word’ I would just say the word. I thought as long as it was in context, people would understand what I was doing. ”

The Fear Factor alum went on to elaborate the context of his usage of the offensive word, referencing other comedians and personalities who used the word in the past, like Red Foxx, Richard Pryor, Lenny Bruceand Quentin Tarantino:

“It’s a very unusual word, but it’s not my word to use. I’m well aware of that now, but for years I used it in that manner. I never used it to be racist, because I’m not racist. But whenever you’re in a situation where you have to say, ‘I’m not racist,’ you f ** ked up. And I clearly have f ** ked up. And that’s my intention to express myself in this video, to say there’s nothing I can do to take that back. I wish I could; obviously, that’s not possible. I do hope that, if anything, this can be a teachable moment. ”

Rogan then acknowledged that he has said “a lot of f ** king stupid s ** t” on his podcast over the years that was “fine,” however, noted, “but not when you’re talking about race.” He also addressed another problematic video of him from “11 years ago,” in which he referred to a Black neighborhood in Philadelphia as “Planet of the Apes” to “make the story entertaining” at the time. The personality said:

“I did not, nor would I ever say, that Black people are apes, but it sure f ** ing sounded like that. I immediately afterward said, ‘That’s a racist thing to say. ‘Planet of the Apes’ was not even in Africa. I was just sayin ‘there’s a lot of Black people there.’ It was not a racist story, but it sounded horrible. “

Hoping his mistakes can be a “teachable moment” for others, Rogan concluded the message by apologizing:

“I can not go back in time and change what I said, I wish I could but obviously that’s not possible. But I do hope that this can be a teachable moment for anybody who does not realize how offensive that word can be coming out of a white person’s mouth in context or out of context. My sincere and humble apologies. I wish there was more I could say, but all of this is coming from the bottom of my heart. It makes me sick watching that video. But hopefully at least some of you will accept this and understand where I’m coming from. ”

Spotify has not responded to Rogan’s past use of the racial slur on his podcast at this time – but they did remove around 70 episodes of his podcast on Friday. You can watch the entire apology video (below):

Thoughts on his statement, Perezcious readers? Let us know in the comments.