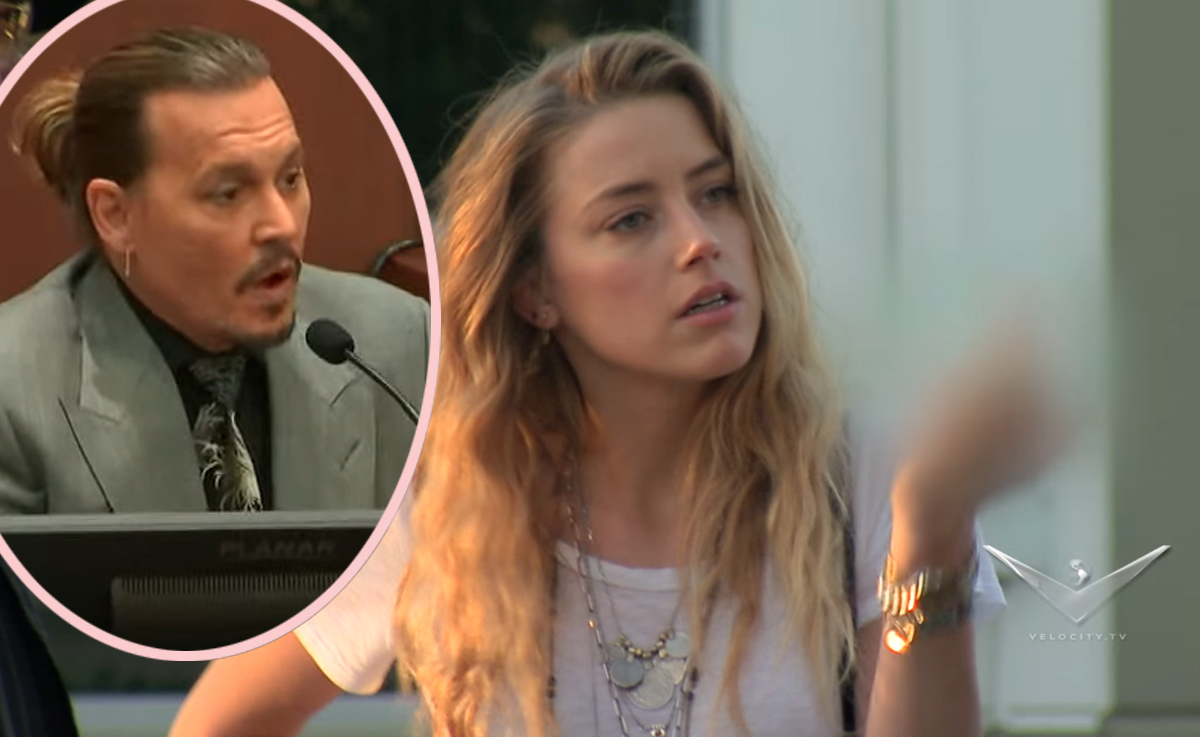 Johnny Depp Reacts To Audio Of Amber Heard ADMITTING She Abused Him: ‘I Did Not Punch You, I Was Hitting You’

We’ve heard some of this before. But it’s no less chilling this time.

The big piece of evidence that changed a lot of minds on Johnny Depp was when audio was leaked a couple years back in which Amber Heard actually admitted to domestic abuse.

The couple purportedly began recording their fights for counseling purposes, and as their legal fight progressed, a couple of those tapes resurfaced and quickly hit the internet. But plenty of folks do not follow celebrity news and avoid all the latest leaks. (We know, right? Why ?!)

Related: Johnny Says Amber Would Threaten To Kill Herself If He Left Her

In any case, a couple audio clips were played in court on Wednesday to get Johnny’s side of them as he continues his testimony in the ongoing defamation trial. And we’re guessing it’s going to be damning evidence.

‘I was hitting you, it was not punching.’

In one clip the former couple can be heard fighting about a previous fight. And in the smoking gun audio, Amber admits to hitting Johnny – though she continually excuses it and tweaks the characterization of the violence. She can be heard saying:

“I did not punch you. I’m sorry I did not hit you across the face in a proper slap. I was hitting you, it was not punching you. ”

“Hitting”, not “punching.” Does not feel like the best defense, does it?

Johnny is adamant at the time this was a full-on punch, telling his then-wife not to tell him “what it feels like to be punched.” She continues to downplay it, saying:

“You’ve been in a lot of fights, you’ve been around a long time. You did not get punched. You got hit. I’m sorry I hit you like this, I did not punch you. I did not f ** king deck you. I f ** king was hitting you. I do not know what the motion of my actual hand was. You’re fine. I did not hurt you, I did not punch you, I was hitting you. I’m not sitting here bitching about, am I? You are. That’s the difference between me and you. ”

We’re sorry, we clearly are not great legal minds – but this is classic abuser behavior, diminishing any damage they did, rewriting history, gaslighting. That much we know.

She continues to antagonize Johnny, shouting that he’s being “af ** king baby” about it:

Johnny ultimately gets Amber to admit it was a physical fight, to which Heard concedes:

“I did start a physical fight.”

Johnny says that’s why he “got the f ** k out of there,” a sentiment he has been clear in his testimony is his natural instinct when it comes to any sort of angry, violent confrontation. On the tape, Amber agrees it’s what Johnny does – and she mocks him mercilessly for it, saying caustically:

And just as he testified in court this week, Johnny can be heard in another tape discussing an incident in which he hid in the bathroom from Amber.

In the audio played on Wednesday, the Justice League actress once again excuses any bad behavior on her part, saying:

“I was upset, I was on an Ambien, there was a lot going on.”

As they discuss other fights in which Johnny hid, he refers to the infamous Australia fight by saying he hid in “at least five bathrooms and two bedrooms.” Amber does NOT deny this and assert the version of events she would later write about in the Washington Post op-ed in question. Instead she just gets annoyed with Johnny hiding from the fight, responding:

“You escape the solution. We can not work it out if you run away to the bathroom! ”

He quips in response:

“A boxer can not go 12 rounds without a break.”

Later in the recording, Johnny accuses Amber of throwing “f ** king pots at me.” Once again, she admits – but deflects at the same time, saying:

“That’s different, just because I’ve thrown pots and pans… does not mean you come and knock on the door.”

“You seem to think there’s this cowardice in me.”

Again, these real snippets of their actual fights, every one we’ve heard, support Johnny’s version of their toxic interactions. Is it because he’s been telling the truth? Or is he the only one who kept the audio tapes and has just released them strategically? That’s for the jury to decide. But thus far it’s looking, as it has for much of the legal fight, rather weighted in Johnny’s side. But remember, he did lose the libel case in the UK despite it all.

The Pirates of the Caribbean star responded on the stand to the audio tapes, saying:

“What was just played was very much the tone and the aggression and the attitude and the need for a fight from Miss Heard. I do not know if that was some need for attention. That was the sound that I’d gotten very used to, the squabbling, the raising of the voice to excommunicate anything I had to say about the situation. “

Speaking about the bathroom door incident, he told his full version:

“She came banging on the door, I did not answer. I was in the shower, I did not want to deal with any more of that sarcastic demeaning aggressive violent toxic spew. She kept banging, I finally got out of the shower, I opened the bathroom door about that much [shows small space with hands] so I could have a good hold on the door in case she tried to burst in. I was right, she did. She was pushing all her weight on the door trying to get in and I was pushing back, I did not want to let her in.

“When it was almost closed she yelped in pain and screamed, ‘Ow my toes!’, So in that second I thought possibly her foot had gotten caught under the door. I thought she was injured so I knelt down to have a look. When I knelt down on my hands and knees to look at her foot, she kicked the bathroom door into my head. ”

“I was completely taken aback by such a corrosive, horrific move so I stood up. At this point the door was open and I stood up and said, ‘What the f ** k was that?’ Next move was bang, she clocked me in the jaw. ”

It’s unclear if this was the disputed “punch” from the other audio or if that was another incident.

Speaking of other incidents, Johnny was asked about a time when Amber had claimed he “broke” her nose. Re-enacting the incident for the court, he recounted:

“I was going into my office. She just started throwing wild punches at the back of my head, the side of my head. Anything she could connect with. I tried to avoid the attack. ”

“I walked across the mezzanine, as I’m approaching the door suddenly I’m just getting clobbered from behind. Primal instinct is to duck and cover. I came up protecting my face but there are arms swinging wildly. I put my arms up and was able to get her into a bear hug just to stop her from hitting me anymore. ”

He claims that once he had her restrained she accused him of headbutting her and told him:

Johnny says he never intentionally headbutted her, and if he did it was “accidental contact.” As for the broken nose, the only evidence Johnny ever saw her nose had even been bloodied was a tissue she showed him later. However, he claims, he saw the tissue later in the trash, and it was NOT blood but red nail polish.

That is diabolical if true. And it is in line with another claim he made on the stand, referring to another incident in which Amber accused him of violence, after their split, in May 2016. He says of that day:

“I was walking towards the kitchen to exit and then suddenly [Amber’s friend] Rocky Pennington ran into the penthouse and started yelling, ‘Leave her alone, Johnny.’ ”

But, he claims, he was not doing anything.

He says he was confused until his security ran into the room. This was all a show for them, a plan for later.

This is harder to buy, this idea that Amber planned this all, made up the violence, weaponized the #MeToo movement. It’s too disturbing, the idea that anyone would be that cold and calculating. But the evidence thus far has been on Johnny’s side…

Speaking of his side… of the bed…

The Poop In The Bed

Despite the violence, one of the most inflammatory claims being made in all this is that Amber or one of her friends actually pooped on Johnny’s bed in a truly disgusting act of ultimate disrespect.

Johnny recalled he was planning to go to the apartment to pick up some personal items amid the divorce, and security guard Sean Bett warning him not to:

“I received some news that was as absurd and grotesque and cruel. I was shown a picture of what the problem was… It was a photograph of our bed and on my side of the bed was human fecal matter, so I understood why it was not a good time to go down there. ”

He admitted even he, as the victim, had to laugh at the sheer absurdity of seeing human fecal matter on his bed:

“My initial response to that was, I mean, I laughed. It was so outside, it was so bizarre and so grotesque that I could only laugh. ”

He added that he “did not go down there that day.” Yeah, for real.

Amber later brought it up, Johnny claimed, saying it was their dogs, something he says was obvious BS So to speak…

“She tried to blame it on the dogs. The dogs are Yorkies, they weigh about 4lbs each. The photograph that I saw – I lived with those dogs for many years and so did Hilda Vargas, she’s a woman who’s been with me for 30+ years, she was the one who photographed it. She knew the dogs as well as I did and knew that did not come from a dog. ”

What will the jury make of all this? What do YOU ​​think, Perezcious paralegals ?? Let us know, and we’ll keep you up to date in the latest on this ever messier trial. 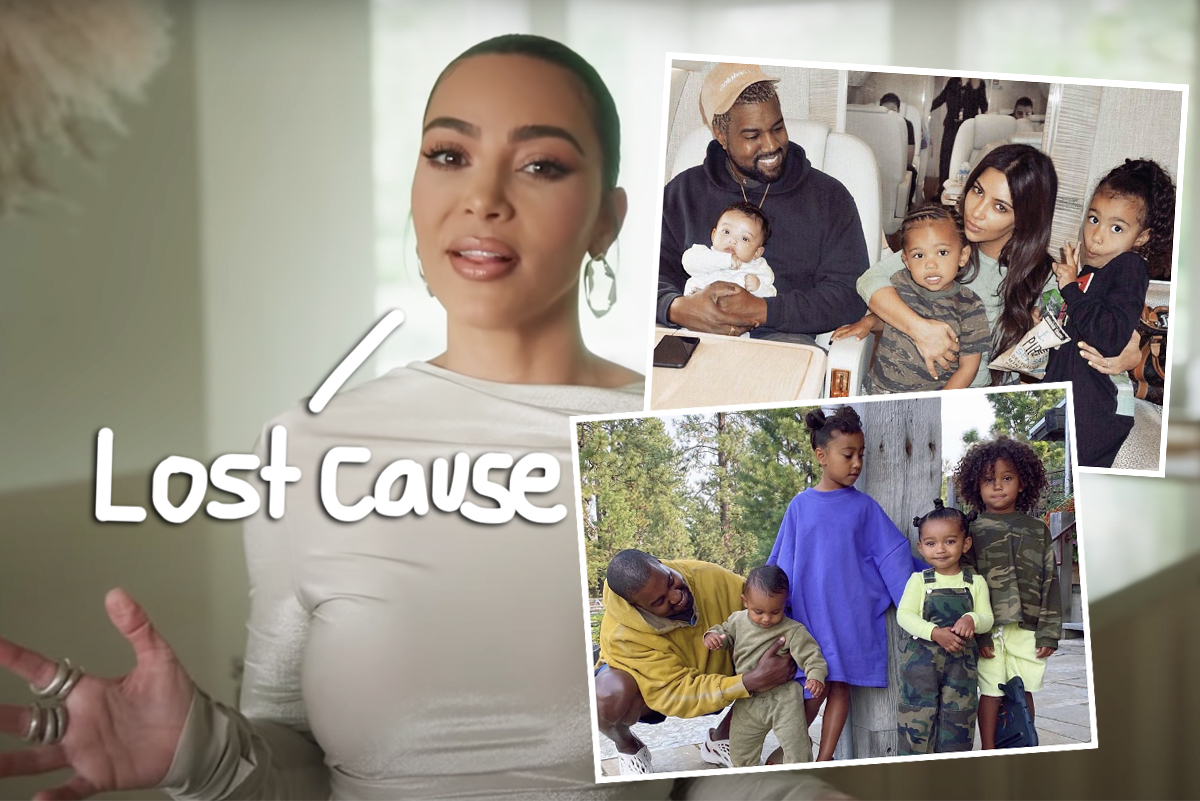 Kim Kardashian sees no reason to fight back against Kanye West's online outbursts - legally that is! As Ye continues to pick a public fight with his ex, claiming that he does not get enough face-to-face time with their children... 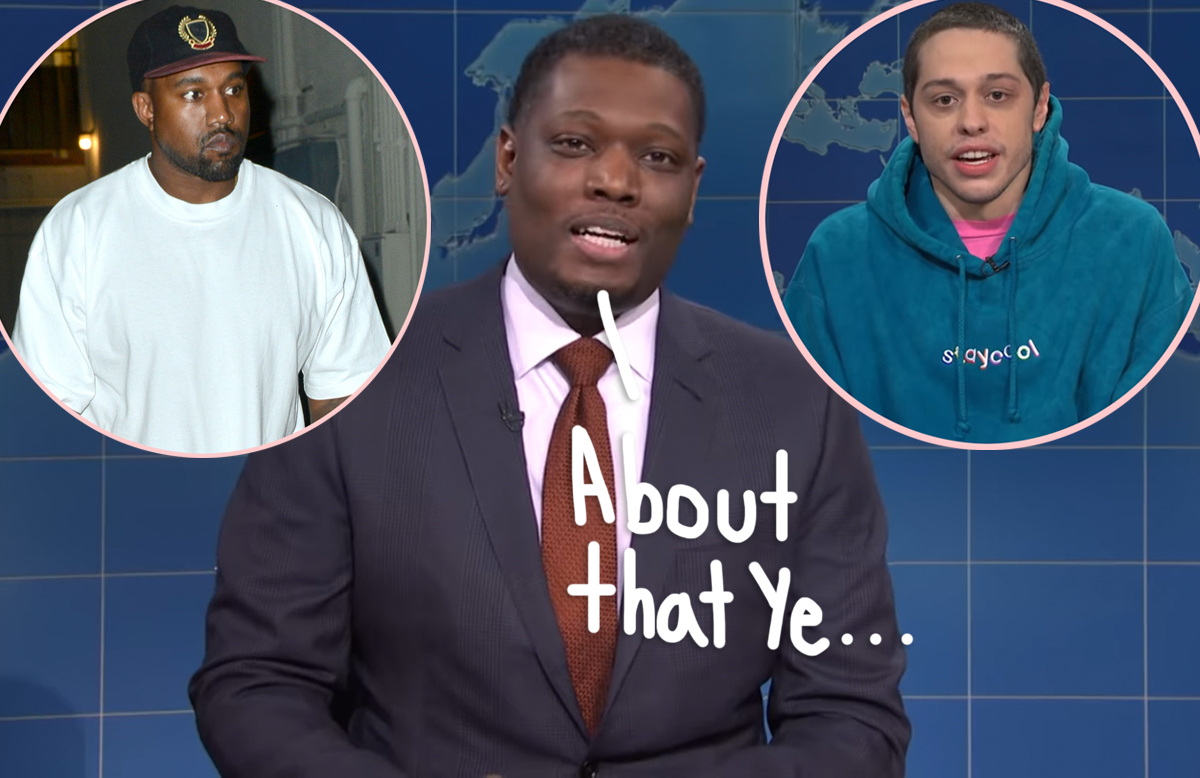 Michael Che Has HILARIOUS Response To Kanye West’s Offer To ‘Double’ His Salary Just To Not Work With Pete Davidson On SNL Anymore!

Michael Che had the best reaction to Kanye West's latest social media tirade! As we've been reporting, the 44-year-old rapper's rivalry with Pete Davidson ramped up as he took to Instagram several times over the weekend in order to put... 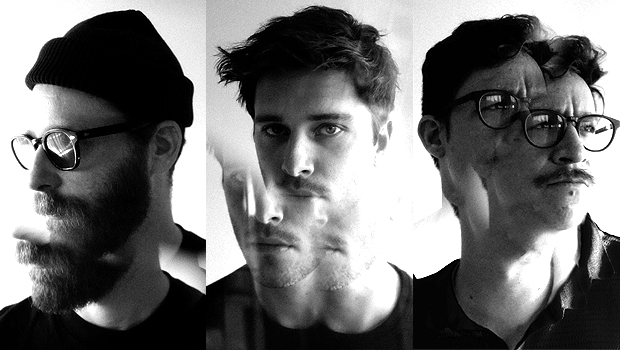