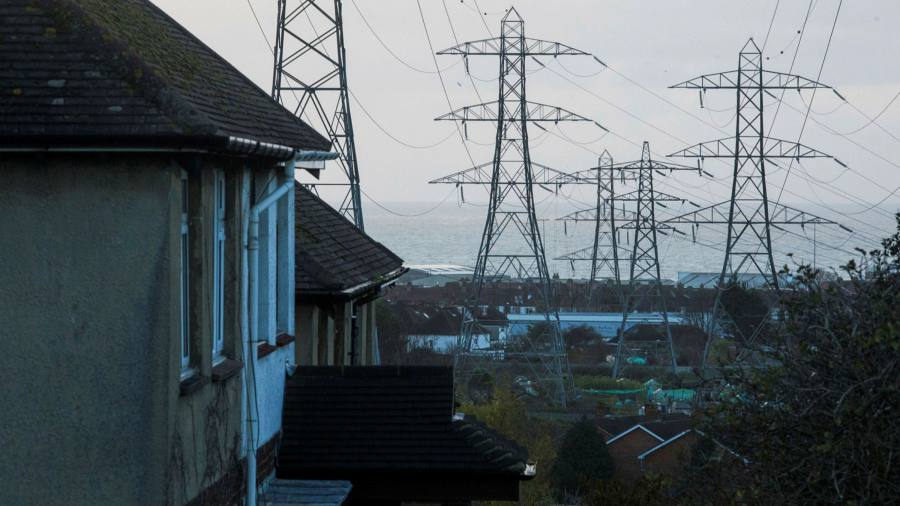 Boris Johnson and Rishi Sunak will this week try to complete a package of measures to help millions of low-income households in the UK with a looming large increase in their energy bills.

The prime minister and chancellor have agreed to prioritize “targeted support” for less affluent families struggling with rising energy costs, rather than the same relief for all households, according to government insiders.

It comes as Johnson prepares to receive a report on Downing Street parties held during coronavirus lockdowns, written by Sue Gray, a senior official.

The prime minister’s team hopes Johnson can avoid a no-confidence vote on his leadership of Tory MPs after the report, after Whitehall officials said Gray had accepted a request from Metropolitan Police not to refer in detail to the more serious parties it investigates. .

Dominic Cummings, Johnson’s former chief adviser who has become one of his leading critics, including on the parties, told New York Magazine that it is his “duty” to get rid of the prime minister. He said removing Johnson was “an unpleasant but necessary job… Like fixing the drains.”

Johnson is trying to win over his conservative critics by showing that despite the partygate scandal, he has several important policy initiatives, including on the cost of living crisis.

Johnson and Sunak are considering how they can improve up to three schemes that provide financial assistance to retirees and low-income people with their energy bills, by potentially increasing the size of the payments available and the number of households eligible.

These schemes are the annual discount on warm homes of £ 140, the winter fuel payment of up to £ 300 and the cold weather payment of £ 25 per week when temperatures drop to below zero degrees Celsius.

The government is fighting against the clock to complete the package because industry regulator Ofgem on February 7 will announce an increase in the energy price ceiling, which analysts estimate could increase the average household bill from around £ 1,300 a year to almost £ 2,000. This is followed by an increase in wholesale gas prices in recent months. 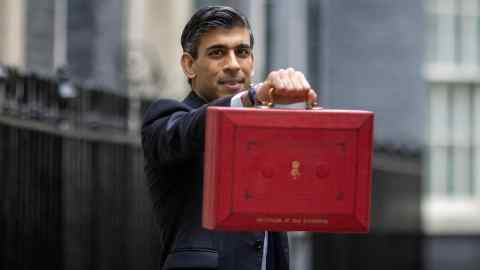 The Treasury has not ruled out a major intervention where the government would pay energy suppliers when wholesale gas prices rise sharply so they do not immediately pass the increase on to households, but officials said it would be difficult to implement quickly. “It is fair to say that the goal is to secure some targeted support,” one said.

Separately, the government on Monday will announce a new 75 percent super tax, called the public interest business protection tax, that will apply to owners of energy suppliers looking to sell valuable gas price hedges and close their stores.

The government is concerned that some owners may close businesses prematurely and create an unexpected gain at the expense of customers.

Johnson’s focus on measures to help increase energy bills comes after he ruled out delaying or abolishing an increase in wage earners ‘and employers’ national insurance payments from April to secure £ 12bn. per year to the NHS and social care.

Johnson and Sunak wrote a joint article in the Sunday Times in which they rejected calls from some Tory MPs to drop the national insurance increase.

The Prime Minister, meanwhile, will try to woo conservative MPs with the publication on Wednesday of a much-delayed white paper on his signature policy of “leveling up” so-called leftover areas.

The paper will include a new target for UK municipal pension funds to spend at least 5 per cent of their £ 337bn. of combined assets in local areas, potentially freeing up £ 17bn. in expenditure on housing and other infrastructure.

Michael Gove, equalization secretary, is examining the introduction of rules, according to which councils must regularly report on their progress towards the 5 percent target.

The White Paper will also include a £ 1.5bn deal. brownfield scheme to regenerate parts of the country, though the money will come from funds announced in Sunak’s spending review.