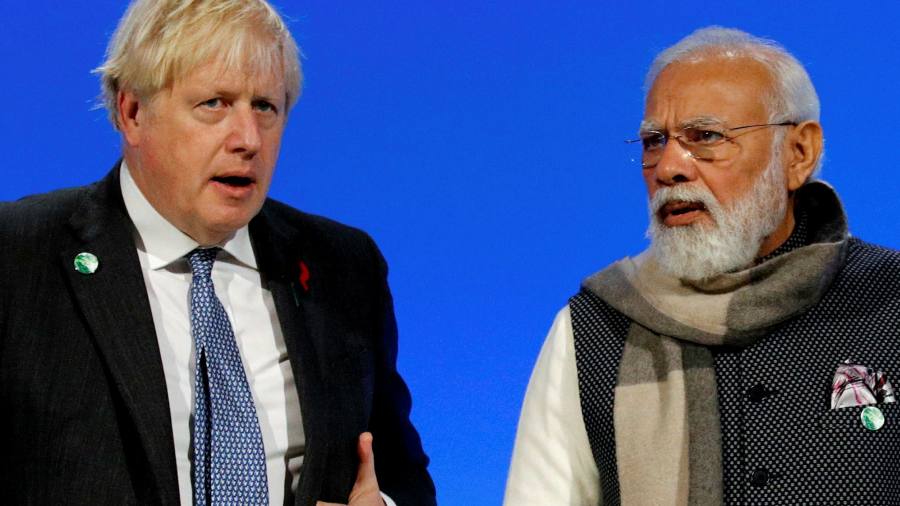 Boris Johnson will tiptoe around the highly sensitive issue of Ukraine when he arrives in India for a two-day visit on Thursday, as the UK prime minister hopes to secure a trade deal with his counterpart Narendra Modi by the end of the year.

Both parties will try to sideline discussions of Russia’s invasion of its western neighbor during the visit. Modi has refused to condemn the Kremlin, in contrast to Johnson, who has been one of the most hawkish western leaders towards Moscow.

Downing Street said Johnson wanted instead to focus on building bilateral trade and defense links and to foster co-operation on green projects, adding that Britain did not want to “point fingers from the sidelines”.

Johnson, who has good personal relations with Modi, is acutely aware of the diplomatic dangers of the UK, the former colonial power, telling India how to conduct its foreign relations. Speaking en route to India, the prime minister said the UK had to recognize the “historic relationship between India and Russia”.

However, India’s approach to the Ukraine conflict will hang over Johnson’s two-day visit, which will see him travel to the western state of Gujarat before holding talks with Modi in New Delhi on Friday.

Johnson will discuss closer UK-India defense relations, hoping to reduce New Delhi’s reliance on Russian military hardware, but otherwise he is expected to avoid a confrontation with Modi on the issue.

Both sides want a trade deal before the end of 2022 – a timetable that fits in with the electoral cycle of Britain and India, with polls due in both in 2024 – although negotiations are expected to be tough.

British officials expect India will want more visas for Indians to work in the UK, while Johnson is conscious that greater immigration is highly contentious and will face Home Office opposition.

When Theresa May visited India in 2016 as prime minister she immediately ran into a row with Modi’s government over her tough stance on immigration. “It was a total disaster,” said one British official.

This time talks could be easier, given Britain’s post-Brexit points-based immigration system has opened the door to many more Indians: they took up 65,000 UK skilled worker visas last year – more than 40 per cent of the total issued. In contrast, US nationals were granted 6,923 such visas.

“We have a massive shortage of workers in the UK in areas like IT and programmers,” Johnson said as he opened the door to more immigration from India. He said hundreds of thousands more workers were needed, but added: “It has to be controlled.”

But one senior Indian official pushed back against the idea that New Delhi’s top demand was more visible. The official argued that more important was the removal of barriers that restricted Indian services and manufacturing access to the UK. India, for example, has one of the world’s largest pharmaceutical sectors but its medicines often face strict curbs abroad.

Visas “are not our priority”, the official said. “Our priority is to have manufacturing in India, have services delivered from India, rather than just people traveling and getting visas, getting permanent residency and settling there.” 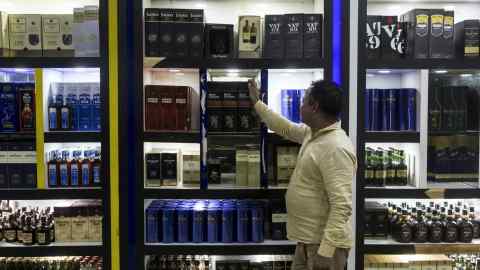 The UK hopes that a free trade deal would increase exports of whiskey, cars and car parts. Access to India’s services market will also be a contentious issue.

But the senior Indian official warned the UK should not expect like-for-like removal of trade barriers, given India’s existing high tariffs and lower-income population.

Detailed trade talks have yet to begin and any agreement is unlikely to have a big impact on Britain’s economic growth. Modeling by the UK government suggests a free trade agreement with India could boost UK gross domestic product by between £ 3.3bn and £ 6.2bn in 2035 or 0.12 to 0.22 per cent. The UK currently does twice as much business with Belgium.

On arrival in Gujarat, Johnson will announce £ 1bn in new UK-India trade and investment deals, which he claims will create 11,000 UK jobs. The investments cover various sectors, including software engineering and health. He will also welcome a contract with state-controlled New Space India to launch satellites for OneWeb, a communications company backed by the UK government.