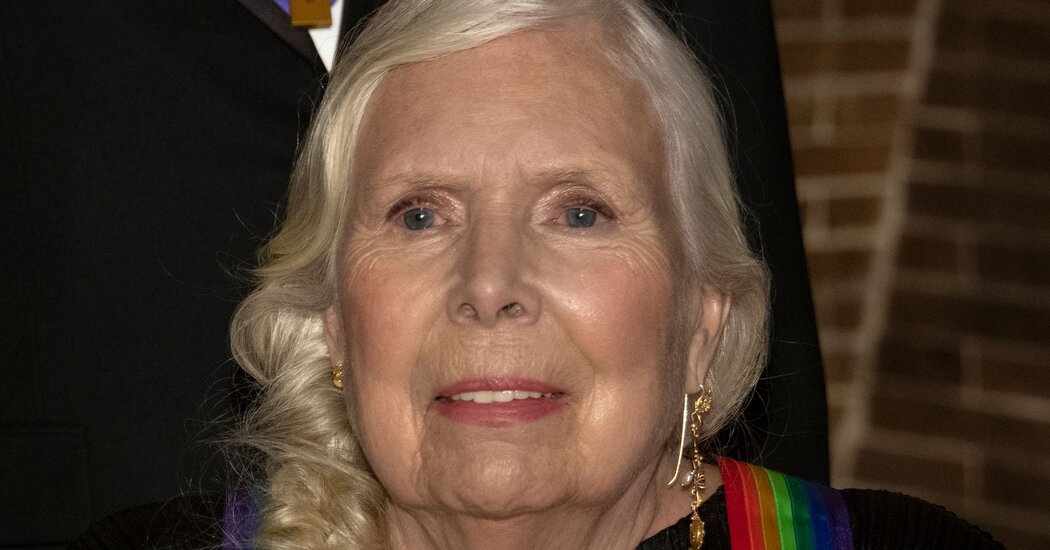 Joni Mitchell said Friday that she would remove her music from Spotify, joining Neil Young in his protest against the streaming service over its role in giving a platform to Covid-19 vaccine misinformation.

Mitchell, an esteemed singer-songwriter of songs like “Big Yellow Taxi,” and whose landmark album “Blue” just had its 50th anniversary, posted a brief statement on her website Friday saying that she would remove her music from the streaming service. “Irresponsible people are spreading lies that are costing people their lives,” she wrote. “I stand in solidarity with Neil Young and the global scientific and medical communities on this issue.”

Her statement adds fuel to a small but growing revolt over Spotify, with few major artists speaking out but fans commenting widely on social media. The debate has also brought into relief questions about how much power artists wield to control distribution of their work, and the perennially thorny issue of free speech online.

Spotify took Young’s music down on Wednesday, two days after he posted an open letter calling for its removal as a protest against “The Joe Rogan Experience,” Spotify’s most popular podcast, which has been criticized for spreading misinformation about the coronavirus and vaccines.

He did so after a group of hundreds of scientists, professors and public health experts had asked Spotify to take down an episode of Rogan’s show from Dec. 31 that had featured Dr. Robert Malone, an infectious-disease expert. The scientists wrote in a public letter that the program promoted “several falsehoods about Covid-19 vaccines.”

Mitchell is the first major artist to follow Young, after a couple of days of speculation and rumors on social media.

Young and Mitchell have a deep history together. Both are Canadians who helped lead the singer-songwriter revolution in Southern California in the late 1960s and 1970s.

On Spotify, Mitchell is listed as having 3.7 million monthly listeners, with two of her songs – “Big Yellow Taxi” and “A Case of You” – getting over 100 million streams.

While few other major artists have spoken out so far, Young’s stance has resonated widely with fans. Twitter was dotted with the announcements of listeners saying they were canceling their subscriptions, and screenshots from Spotify’s app showed a message from its customer support team saying that it was “getting a lot of contacts so may be slow to respond.” Spotify has not said how many customers canceled their subscriptions.

Tech rivals have also pounced on the controversy, with SiriusXM restarting a Neil Young channel and Apple Music calling itself “The home of Neil Young.”

In a statement on his website on Friday, Young reiterated his objections to Rogan’s podcast and took a swipe at Spotify’s sound quality. He also said he supported free speech.

“I support free speech. I have never been in favor of censorship, ”it said. “Private companies have the right to choose what they profit from, just as I can choose not to have my music support a platform that disseminates harmful information.”