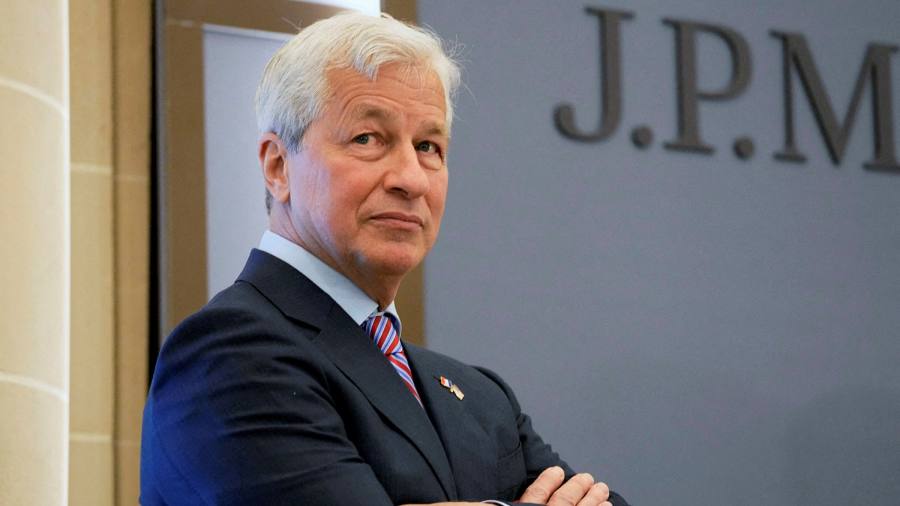 Jamie Dimon’s reputation as a Wall Street favorite will be put to the test next week as the JPMorgan Chase chief executive holds the company’s first investor day in two years, amid criticism of his pay package and spending plans for the biggest US bank.

The showdown was scheduled in February after analysts raised concerns about Dimon’s announcement last month that JPMorgan would spend $ 15bn on new investments this year. So casual was Dimon in responding to queries about his strategy that Mike Mayo, a veteran Wells Fargo banking analyst, called it his worst investor call in almost a decade.

With preparations for the presentation under way, JPMorgan’s woes grew. In March, it suffered a $ 120mn trading loss as a counterpart in a disastrous short nickel trade by Chinese metals group Tsingshan on the London Metal Exchange.

Then last week, JPMorgan shareholders delivered a rebuke on Dimon’s pay, which included a special award projected to be worth around $ 50mn over the next five years in addition to his regular compensation of $ 34.5mn. Although 93 per cent of shareholders backed his re-election to his current position at the company’s annual meeting, less than a third voted in favor of the bank’s 2021 executive pay, the lowest level of support since it started holding such votes more than a decade ago.

Dimon, 66, has a chance to turn the page starting at 8am on Monday, using the communications skills that have set him apart on Wall Street for decades. Bank analysts want details of JPMorgan’s investment plans and the bank is promising more specifics.

“As we’ve said, investors have been asking good questions,” said a JPMorgan spokesperson.

This chastening year for JPMorgan and Dimon is an unusual pocket of turbulence for a bank that under his leadership since 2005 has outperformed much of the banking industry.

JPMorgan shares are down roughly 25 per cent this year, a steeper drop than the 19 per cent decline in the broader KBW Bank Index. JPMorgan’s valuation relative to its book value, however, remains above peers such as Bank of America and Citigroup.

“JPM’s investor day is always a big event for the financial sector, but we believe Monday’s event is more critical than normal,” Keefe, Bruyette & Woods analysts wrote in a research report, noting the failure of the bank’s stock price to keep up with the KBW index.

The stock market performance has sharpened the investor focus on JPMorgan’s spending plans, which appear outsized relative to peers. The group is spending about $ 6bn this year on new technology initiatives, for example, compared to $ 3.6bn by BofA.

JPMorgan has said investment spending will go towards initiatives including cloud computing capabilities, hiring and marketing campaigns. Investors are eager to hear more details about what market share gains and tangible benefits the investments will yield.

“Feedback from investors has centered a lot around those investments and just understanding what the returns are,” said Robert W Baird research analyst David George.

Dimon defended the spending plans at JPMorgan’s annual general meeting, saying the bank has “always invested for the future”.

JPMorgan has said it will provide details around its expansion last year into the UK retail market with a digital-only bank, a move questioned by investors at a time when some rivals are reining in overseas retail branch networks.

Another issue will be a string of eclectic acquisitions over the past 12 months, which include UK digital wealth management platform Nutmeg, college financial planning tool Frank and a deal for The Infatuation, a food blog that owns restaurant review guide Zagat.

“Investor Day will be an opportunity for them to further detail initiatives that they’ve given broad strokes on so far,” said Ken Usdin, a research analyst at Jefferies.

Dimon cautioned in January the spending plans could mean it misses a target for return on tangible common equity, a key measure of profitability, this year and next. He made that prediction when investors were expecting a more modest pace of interest rate increases by the Federal Reserve.

With expectations now for a steeper climb in rates this year, which should enable lenders such as JPMorgan to earn more from the loans they make, analysts expect Dimon to lift guidance on the bank’s net interest income for 2022.

Dimon is likely to have time to prove whether his investments will play out – JPMorgan’s board has told him it wants him to remain CEO for at least another five years.