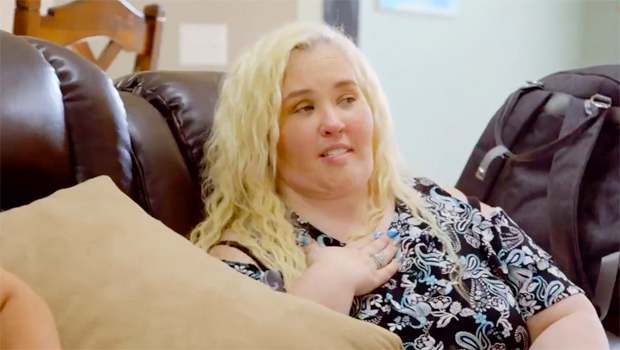 The May 20 episode of Mama June: Road To Redemption was an eventful one. After weeks of hiding out, Mama June faced off with boyfriend Geno Doak and finally contacted daughter Pumpkin and her family.

First, June told producers that she wanted to break up with Geno after nearly six years of dating. She said she should have a long time ago, but she never had the courage to do so. However, now that she’s sober, she said she sees how bad Geno is for her, so she wants to part ways with him. So that’s just what she did. First, she called Pumpkin to tell her, Die Die, Jessicaand Alana that she was ready to kick Geno to the curb, but they did not think she’d follow through with it.

Even so, Doe Doe met up with June at Geno’s sentencing, because that’s where she expected June to end the relationship. June thought Geno would go to prison and it’d be a good reason for her to break up with him, but instead of getting time behind bars, he just got put into a community corrections program. So what did June do? Well, she still did what she had to do – she ended their romance.

#MamaJune‘s got a long road ahead of her. Do not miss an all-new episode TONIGHT at 9 / 8c or catch up Tuesday on @WatchALLBLK! pic.twitter.com/gpfRdCDDSf

Right outside the courthouse, June told Geno that they are “too toxic for each other”. She then told him they needed to break up and asked him not to bash her on social media. Immediately after breaking up, June then jumped in the car with Doe Doe and went to Pumpkin’s to meet her new baby boy.

There, June also told Pumpkin that she’s excited to be able to “discover” herself again, following her breakup with Geno, but Pumpkin was quick to jab back and say that she recently saw June on TikTok with several different men… so how much discovery is she really doing? June claimed she does not want to be with another man, but Pumpkin found that hard to believe.

Mama June’s Kids: See How Honey Boo Boo & All The Sisters Have Grown Over The Years

Anyway, June slept at Pumpkin’s and cooked breakfast for the girls the next morning. But because Pumpkin’s husband Josh was not too happy that June was staying at their house, Pumpkin told June to get her own apartment.

Then, during a therapy session, June told her therapist that she and Geno broke up. Then she revealed that she ice dating someone new. “I met somebody on social media”, she said before her therapist told her how “dangerous” it is to date someone so early in recovery. Uh oh!