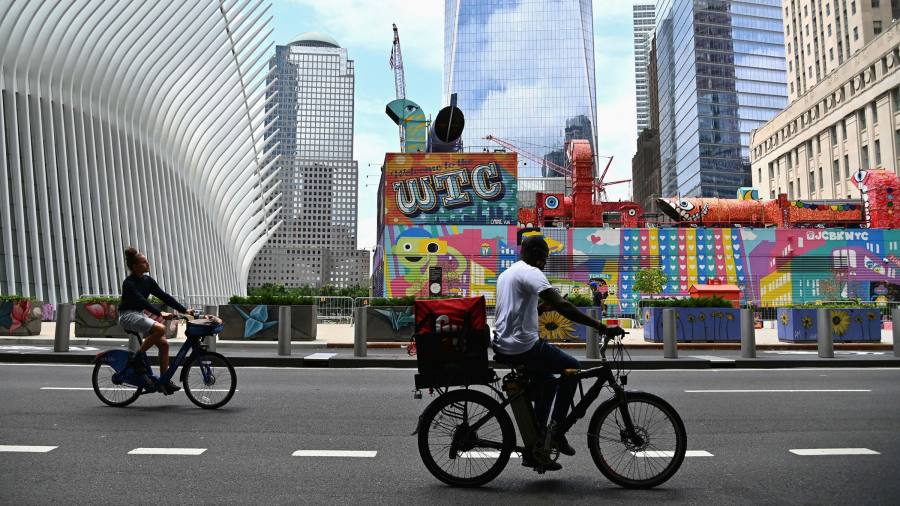 The secret to successful food delivery is to manage a speedy pick up and drop off without letting the grub go cold or misplacing half the order on the way.

The mouthful that is Just Eat Takeaway.com may do all right handling dinner from the local pizza place or kebab shop. But in its corporate endeavors the recipe has gone seriously wrong.

For a start, a quick turnround is not the aim in strategic dealmaking. JET, after coming under investor pressure, says it is considering a sale of Grubhub, the $ 7.3bn US acquisition it completed less than a year ago and that it announced in June 2020 as locked-down populations sparked a boom in online food delivery.

And look at what has happened en route. Investors have gone cold on JET. The company’s Netherlands-listed shares were at close to € 100 when the deal was announced. They were trading at around € 27 on Wednesday, having fallen 70 per cent over the past year.

This is another cautionary tale about empire building. Chief executive Jitse Groen, who founded Takeaway.com in the Netherlands in 2000, had only just inked the deal to combine his company with UK-listed Just Eat earlier in 2020.

Still, he fought off interest from Uber to buy Grubhub. That brought together the three legacy food delivery platforms, which all started with a marketplace model of offering software to connect customers with restaurants that handled the delivery themselves.

The deal always looked like it could go sour. JET paid a 40 per cent premium for a combination where no geographical overlap meant no antitrust concerns (unlike Uber), but also no cost savings or benefits from consolidating a fiercely competitive market.

Grubhub, like the European legacy marketplace businesses, had once been profitable. But its market share and margins had been shrinking thanks to competition from companies with their own delivery networks such as DoorDash and UberEats.

Groen, even in 2020, was dismissive of those rivals (which include the UK’s Deliveroo) as offering “empty calorie growth” or having “irrational business models”. But in fact, the company was already building its own logistics network to compete. The notion of redeploying European profits to reverse Grubhub’s decline evaporated as it invested heavily to capture pandemic growth.

Activist investor Cat Rock Capital has criticized management’s communication with investors and called for a sale, arguing that JET had been left vulnerable in a market that relies on having deep pockets to deter or fight new entrants. The company pledged on Wednesday to refocus on profitability. But it also downgraded 2022’s outlook for GTV growth from the mid-teens to mid-single digits just seven weeks after reiterating the higher figure at full-year results.

Finding any punter willing to gobble up Grubhub would be considered a win. JET’s market value of about € 6bn is now less than the purchase price and it also has a 33 per cent stake in Brazilian business iFood, which analysts value at anywhere from € 1.5bn to € 4bn, that could be sold.

But the fact that JET management was, until recently, ruling out a Grubhub sale leads to doubts about how motivated they are to get a deal done. And it is a terrible time to be selling. Shares in all food delivery companies have slumped as investors contemplate the adjustment to a non-locked down world. It remains hard to predict where consumer behavior will settle, especially given the squeeze on incomes from inflation. Fee caps put in place during the pandemic could be made permanent in New York, Grubhub’s most important market, a measure that costs it € 200mn in ebitda annually.

JET’s boss has been known to get into the odd spat with sector rivals about the relative appeal of their businesses. But it is he that in the last couple of years has served up a real dog’s dinner.