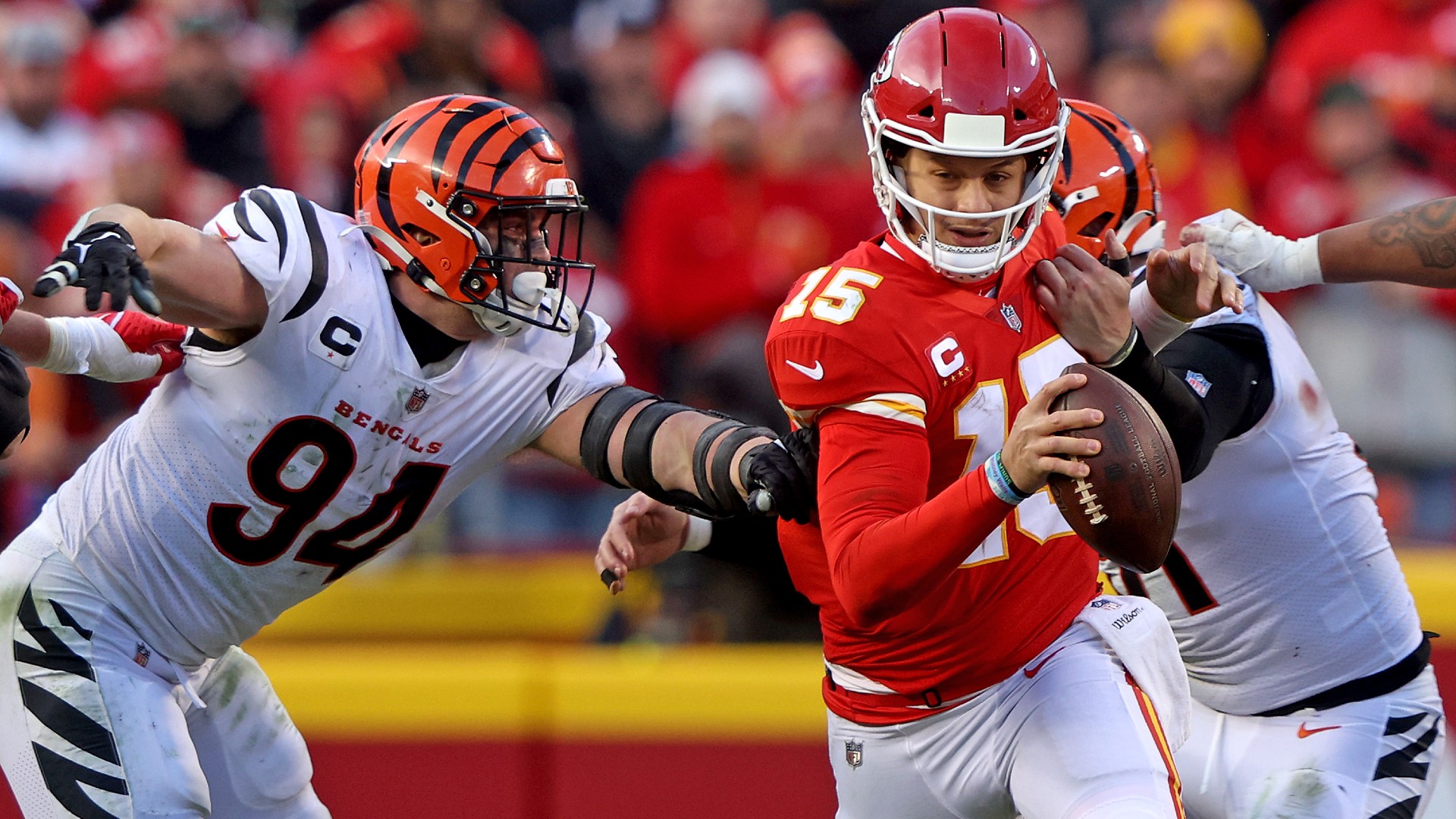 The Chiefs … are underdogs?

That’s the narrative a Kansas City TV station, KMBC, was pushing after the Chiefs’ 27-24 AFC Championship Game loss to the Bengals on Sunday. The station tweeted out a graphic with Patrick Mahomes thanking the team for the ride, saying that “we were never supposed to be here” and they were “never meant to make it this far.”

The Chiefs did not have the best start to the regular season, beginning the campaign 3-4. However, they won their next eight games and landed the No. 2 seed in the AFC. They have been heavy favorites to win each playoff game, including historic favorites over the Steelers in the wild-card round, and were seven-point favorites against the Bengals.

According to the Pro Football Reference, the Chiefs entered the season as a heavy favorite to win the Super Bowl at +450, with the reigning Super Bowl champion Buccaneers second at +700. In every game this season, the Chiefs were favored to win.

There’s also the fact that the Chiefs had been in four straight AFC championship games and were looking to reach their third straight Super Bowl.

Needless to say, to say the Chiefs reached the AFC championship “against all odds” is a bit of a stretch.

After all, the Chiefs were a heavy favorite to advance to yet another Super Bowl, at -335 odds.

Following its tweet, KMBC was getting blasted for its framing of the Chiefs as underdogs, as well as its usage of “we” throughout the message.

Preseason Super Bowl favorites who many talked about going 17-0, discuss how much they achieved in spite of their underdog status. https://t.co/1PVxwgRJ0l