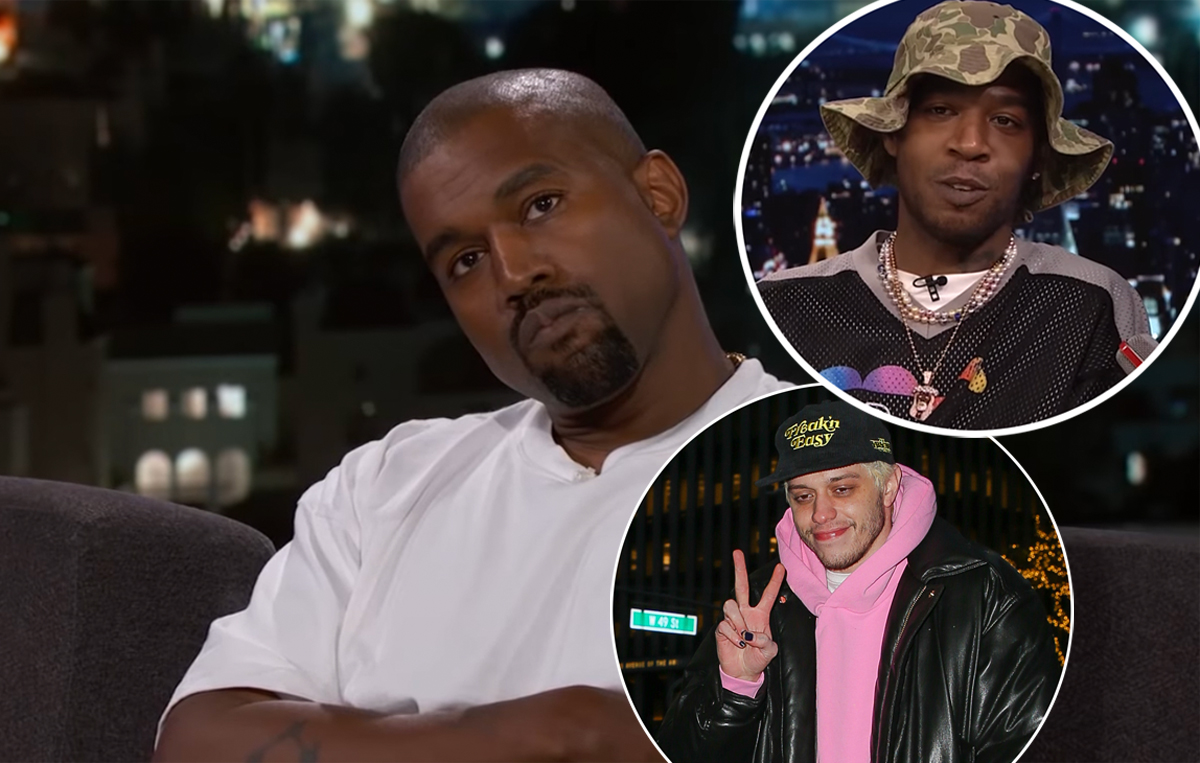 If you were hoping to see Kid Cudi on Kanye West‘s new album, you may be in for disappointment…

The 44-year-old rapper shared a handwritten note to Instagram on Saturday, revealing that he dropped Cudi from his upcoming project because of his friendship with “you know who.” He wrote:

“Just so everyone knows Cudi will not be on Donda because he’s friends with you know who.”

He also added that “we all speak in Billie language now,” seemingly referring to his recent beef with Billie Eilishwhom he demanded an apology for seemingly shading Travis Scott over the Astroworld Festival tragedy. Take a look at the message (below):

While Ye did not clarify who he was referring to in the statement, he did tag Kim Kardashian in the post, leading many to assume the record producer is pointing fingers at Cudi’s friendship with her new boyfriend, Pete Davidson. For those who do not know, Cudi has been pals with the Saturday Night Live star ever since they attended a birthday dinner with Kanye and Timothée Chalamet. According to TMZthe pair have also been spotted hanging out together over the years, including at an after-party for last year’s Met Gala.

As for Kanye and Cudi, they have collaborated for a long time. The 38-year-old rapper was even signed to the father of four GOOD Music label at one point. So it’s no surprise, given that Kanye has been very vocal about his dislike of Davidson over the past couple of months, that he would decide to burn a bridge with Cudi and not include him in the follow-up album to Donda.

However, it turns out that the Pursuit of Happiness artist did NOT appreciate the call out! Cudi later responded to West on Twitter, claiming the pair had “talked weeks ago about this.” He then slammed Ye for changing his tune on the matter:

“You’re whack for flipping the script and posting this lie just for a look on the internet. You ain’t no friend. BYE. ”

Additionally, the musician quote-tweet another social media user who wrote that the drama was “not worth losing a friendship over” and that Ye was “annoying by anyways,” to which Cudi simply replied:

“Too bad I do not wanna be on ur album u fuckin dinosaur hahaha everyone knows I’ve been the best thing about ur albums since I met u. Ima pray u for brother.”

What do YOU ​​make of this latest drama, Perezcious readers? Let us know in the comments (below)!