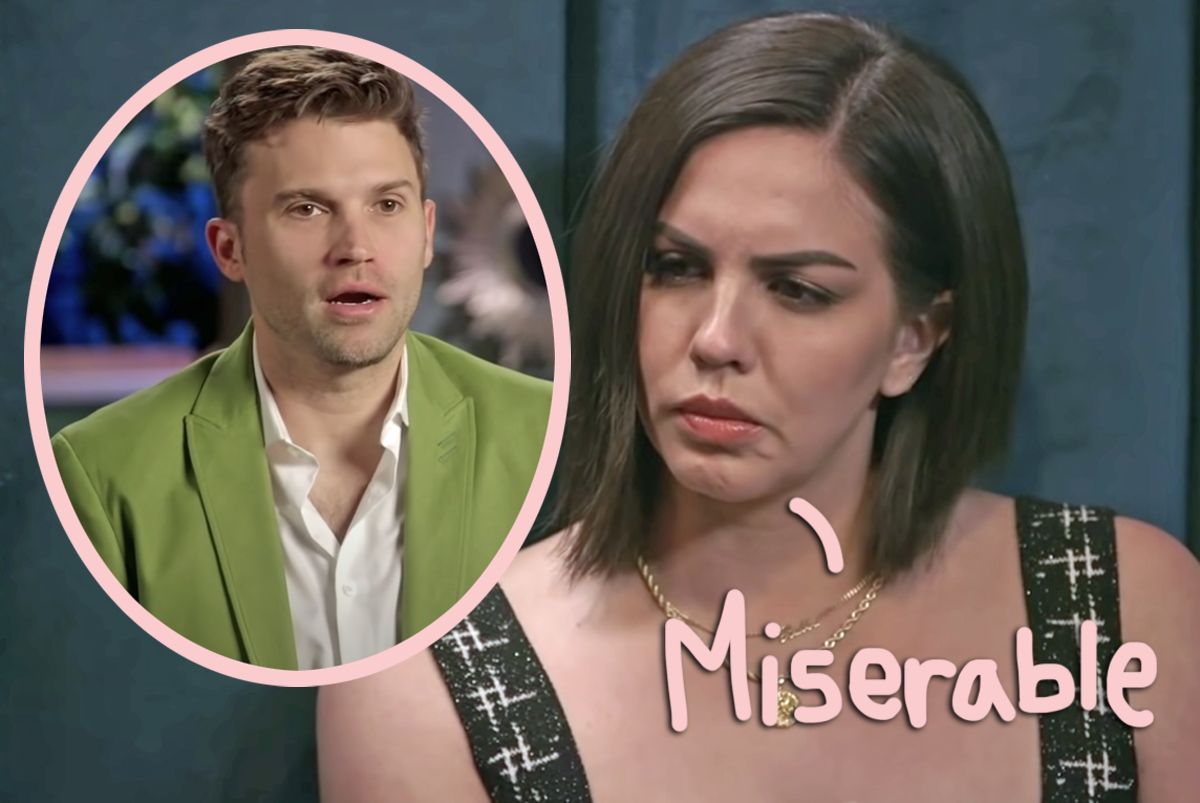 Katie Maloney has a lot more to say about why she divorced her ex-husband Tom Schwartz!

In the latest episode of Lindsey Mason‘s podcast We Met At Acmethe Vanderpump Rules star got incredibly candid about the inner workings of her marriage and why she was forced to leave or risk her mental health!

From the sounds of it, the 35-year-old tried her best to work out her problems with Tom, but ultimately felt like he wasn’t taking their issues seriously enough!

“I had been expressing my feelings – where I felt that I was not getting my needs met and where I thought I was being hurt by some of the behavior. I do not think he understood or resonated or agreed. ”

Katie then claimed she straight-up told her partner of 12 years she was unhappy in the relationship – but he ignored her! She continued:

“And then he just did not really do anything… I think he thought I was just gonna get over it or something.”

After several weeks of waiting around to see if any changes would be made, Maloney finally decided to pull the trigger, she added:

“I decided that I had wanted to get a divorce.”

It was not an easy choice for her to make, either, since she “really thought we were gonna make it work.” But the romance was no longer full of love and instead was draining on her mental health, she now realizes:

“I’ve been bogged down and putting all of my energy into this relationship and when I’m not getting my needs met, it’s making me feel really sad and bad about myself. I was not able to pinpoint it [at the time] because I was not able to admit or realize that it could be my relationship… It’s just a really hard thing to come to terms with. ”

While the split was no doubt difficult for all involved, Katie has no regrets, insisting:

“Separating was the best option and the best decision for myself and really for both of us.”

Before breaking up, the duo was together for over a decade but only married in 2019. Things took a rapid turn for the worse in the last few years, she noted:

“We had both changed and grown apart and [I realized] that maybe this marriage was not the healthiest thing for us. ”

And when she says it was not the “healthiest thing” she means it! She was apparently “losing sleep” over constantly worrying about the state of their relationship and even felt like she “was just dying inside.” Oh, that’s awful! Even though she’s definitely blaming a lot of the divorce on Schwartz, the Bravolebrity does seem to recognize that her actions affected the romance as well. She admitted that she displayed “toxic” behaviors and struggled with alcohol issues, but added:

“I did not want to be the reason that our relationship failed.”

She “put in the work” to get better, even though “it took time,” but feels like Tom did not do the same for any of his supposed issues. Hard to make a change if both parties aren’t willing! As we’ve reported, the reality stars announced their split on March 15 before Katie officially filed for a legal split on March 22, citing “irreconcilable differences.” That’s becoming more and more clear as they share the problems that led to their divorce!

Reactions, Perezcious readers? Let us know what you think about Katie’s explanation (below)!