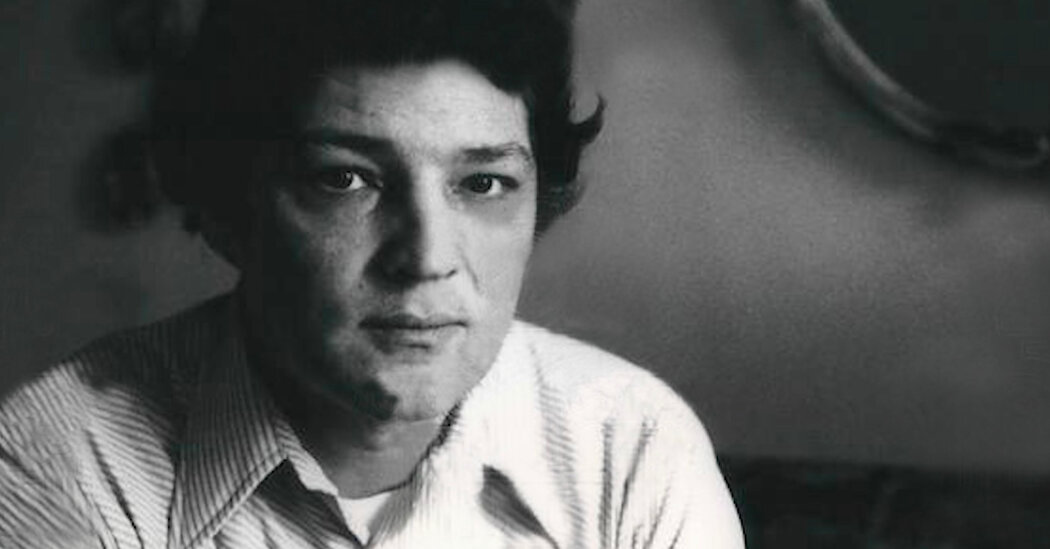 Kenneth H. Brown, a New York playwright whose acclaimed 1963 Off Off Broadway play “The Brig,” based on his experiences as a Marine, portrayed dehumanization inside a military prison during the Korean War, died on Feb. 5 at a hospice in Queens. He was 85.

A friend, the performance artist and writer Penny Arcade, said the cause was cancer.

After growing up in Brooklyn in the 1950s as something of a street tough, Mr. Brown, eager to serve his country, enlisted in the Marines at 18. But stationed in Japan, he found himself rattled by military life and was thrown into the brig for insubordination.

There, by his account, he was humiliated and abused. Guards called him “maggot”; he was punched in the gut for even minor infractions. Mornings started with garbage-can lids being banged on bunk beds, and he and his fellow inmates were ordered to jog around their claustrophobic quarters for hours until they were breathless.

“I was always in trouble in the Marines,” he said in an interview with the Lower East Side Biography Project. “I went to the brig twice. The first time I did 25 days. ” Of his military service, he said, “By the time I got out, I was a complete pacifist.”

Back in New York, Mr. Brown worked as a bartender and studied at Columbia University on the GI Bill. In his spare time he wrote “The Brig,” a hyper-realistic play depicting a grueling day in the lives of 10 imprisoned Marines and the guards who brutalize them.

Mr. Brown did not have any theater connections. But through a friend his manuscript made its way to the Living Theater, the revered avant-garde repertory company founded in the 1940s by Julian Beck and Judith Malina. They were captivated by “The Brig” and decided to produce it.

“I was a guy from the neighborhood,” Mr. Brown said. “I never met people like Julian and Judith.”

“The Brig” made waves when it opened in 1963 at the Living Theater in Greenwich Village.

“If what happens on the stage of the Living Theater is a true representation of conditions in the brig, the president or his secretary of defense ought to order an investigation,” Howard Taubman wrote in his review for The New York Times. “Mr. Brown’s obsessive script does not spare a detail of the devastating indictment. “

“The Brig” became one of the Living Theater’s great successes, but it also became inextricably linked to the company because of its anarchic last performance there. During the play’s run, the authorities shut down the playhouse for delinquent taxes, but the cast and an audience broke into the padlocked theater for one final show.

“The play accomplished what I wanted it to accomplish,” Mr. Brown said. “It revealed the horror of this condition, and it revealed it very clearly not through commenting on it, but doing it. Actually performing the ritual of sadism that was the Marine Corps. ”

Kenneth Howard Brown was born in Brooklyn on March, 9, 1936, to Kenneth and Helen (Bella) Brown. His mother was a bank officer, his father a police officer.

Growing up in the Bay Ridge section, Ken was known to brawl with youths in the neighborhood. But he also wrote poems and short stories in his teens while attending the Jesuit-run Brooklyn Prep.

After the success of “The Brig,” Mr. Brown enjoyed the life of a celebrated young playwright. “I was off and running, with grants and fellowships, teaching jobs and jaunts to faraway places,” he wrote in The New York Times Magazine in 1986. “Maybe I could make a go of it in the rarefied atmosphere of literature.”

But “by the time the smoke cleared,” he continued, “I was broke.”

He went back to tending bar. He worked at Bradley’s, a jazz club on University Place, and helped run Phebe’s, a Bowery haunt for the downtown theater crowd. In an essay published in the Times in 1972, he wryly addressed the realities of a writer’s life in the city:

“That’s right, I’m the guy who wrote ‘The Brig.’ What am I doing here running this restaurant? Well, I’ve got to pay the rent, you know. No, I can not get any fellowships and grants. I’ve had them all, and nobody will renew them until I make theater history again. Oh, yes, you have to do it again and again. ”

But Mr. Brown kept writing. In 1970, he published “The Narrows,” an autobiographical novel about high schoolers growing up in Bay Ridge in the 1950s. “Nightlight,” a drama set in a bleak city apartment, was staged in 1973. “Hitler’s Analyst,” a novel about a Park Avenue psychiatrist who treats a couple who believe they are Adolf Hitler and Eva Braun, was published in 2000.

Mr. Brown grew old in Bay Ridge, living in a rent-controlled apartment passed down to him by his parents, and for years he headed into Manhattan to tend bar. He kept busy writing a sequel to “The Great Gatsby” titled “Carraway,” based on the character who narrates the Fitzgerald novel. (Information on survivors was not immediately available.)

In 2007, long after the Living Theater’s playhouse was closed and years after the company began moving from place to place, it settled into a new home on the Lower East Side. To Mr. Brown’s surprise, he received a call from Ms. Judith Malina, then 80, who told him that “The Brig” would be the inaugural production.

The play’s revival was widely publicized, and Mr. Brown savored the triumph. But as Americans were still reckoning with reports of torture at the US military prison at Abu Ghraib in Iraq, the revival was starkly timely. The coincidence was not lost on Mr. Brown.

“It’s going to stay relevant,” he added, “until there’s peace throughout the world.”