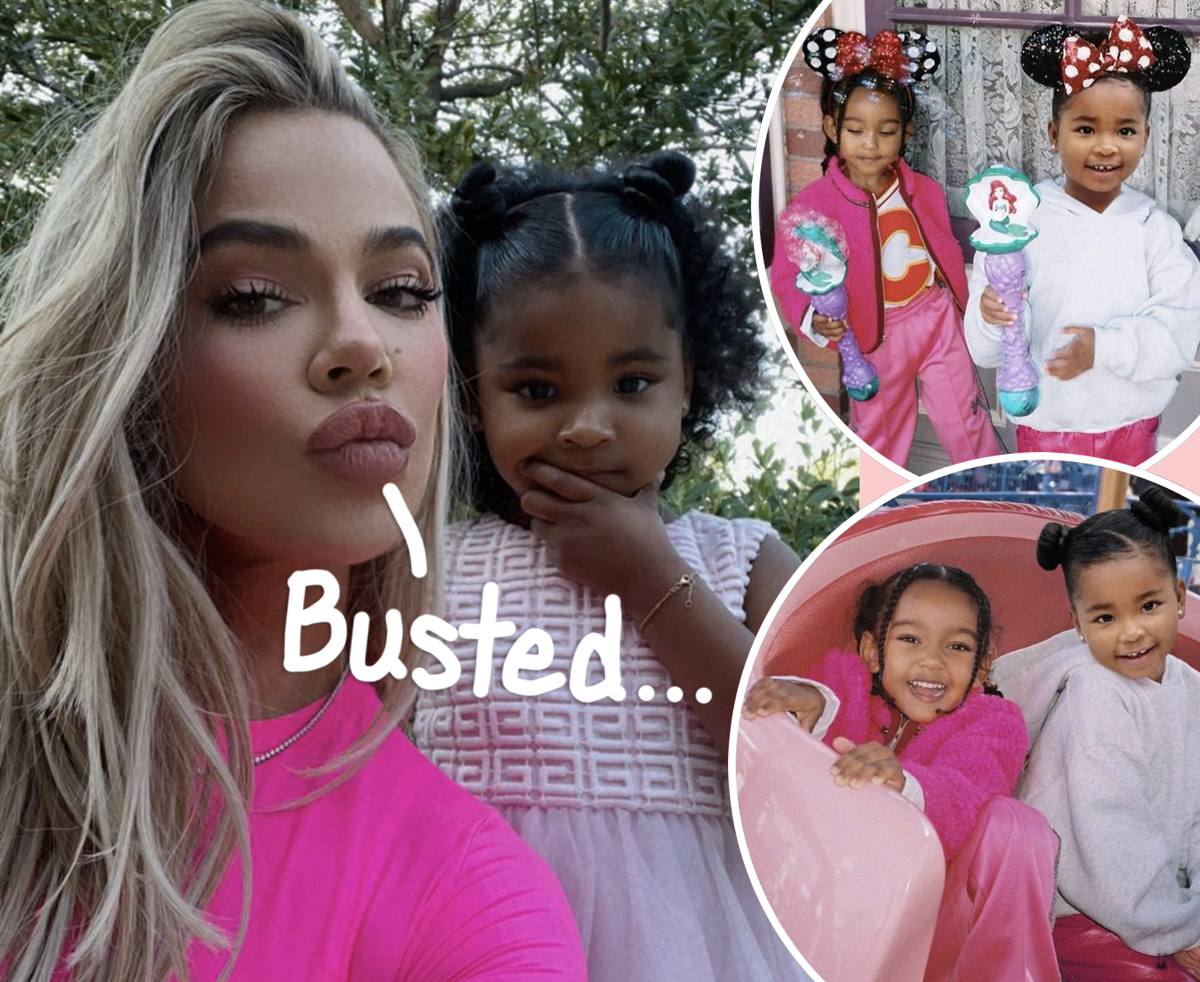 Hey, at least Khloé Kardashian finally owned up to it, right ?!

And it’s nice to have some closure. TBH, we’ve been shaking our heads for a few months now whenever we think about this controversy! You remember the one – where Kim Kardashian posted Disneyland pics of Khloé’s then-3-year-old daughter True Thompson that looked a little… sus ?!

It all blew up back in January when TikTok users did a deep dive and discovered that the KarJenner fam may have Photoshopped True’s head onto Kylie Jenner‘s daughter Stormi Webster‘s body for the snaps taken at the park alongside Chicago West. And now, it sounds like Khloé is owning up to the mistake!

Related: Khloé Explains Why Pete Davidson Is SO Perfect For Kim! Awww!

On Tuesday evening, the Revenge Body host took to her Instagram Stories to post a series of videos from the wonderful amusement park. In them, Khloé and True can be seen enjoying the rides together, and it looks like everybody had an amazing time!

But when Khlo-money accidentally let it slip in one of the vids that the pair was in the park this week in honor of True’s 4th birthday – and that this was the first time the little girl had ever been – people started scratching their heads! If Tuesday’s trip was True’s intro to the magical world of Disneyland, how could she have also gone there three months ago ?!

KarJenner’s accounts quickly picked up on the conundrum, and started digging dirt on the confusing situation. In response, late on Tuesday night, Khloé took to Twitter to acknowledge one of the posts:

Welllppp I f ** ked this one up. Anyways… let’s focus on something else, Our show airs in a few days ”

Honestly, good for Khloé. At least she owned up to it, right ?! Better than trying to play it off like it did not happen or something. Now it’s a funny story! And she did her job with it, too, by using the moment to promote The Kardashians ahead of its Thursday streaming debut on Hulu. LOLz!

Fans ate up the reality TV star’s decision to come clean, as you can see from this handful of responses (below):

“Love how real this made you. We see characters on a screen but this reply just made you seem normal ”

“Wow people are really keeping up”

“I love her response lol i mean what else can she say? it’s not like they’re gonna get less famous for it hahaha. ”

“I knowwww Kim is eating you up in the chat rn”

That last comment has us dying! Neither Kim nor Kylie have publicly responded to Khloé’s Twitter admission, but yeah, we are pretty sure the KarJenner fam group chat got a little crazy after this one!

What do you think about this weird and wacky controversy, Perezcious readers ?! Sound OFF with your take on the matter down in the comments (below)!