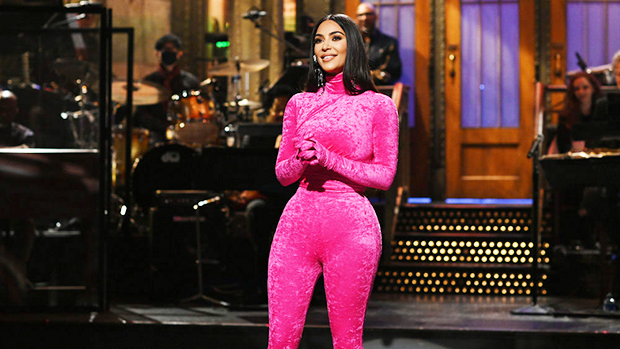 Episode two of The Kardashians featured Kim Kardashian preparing for her hosting debut on Saturday Night Live. In order to perfect her monologue, Kim got help from Kanye West, Dave Chappelle and comedian Michelle Wolf. After mapping out some jokes, she also met up with Amy Schumer to run the monologue by her. Most of the jokes that Kim read to Amy made the cut, but there was one hilarious joke about Khloe Kardashian’s ex, Tristan Thompson, that got cut. “Khloe, you have the biggest heart,” Kim said, while rehearsing for Amy. “It’s so big, it has room for Tristan and all of his side pieces.”

Back in December, Kim revealed that she had cut a joke about Tristan from her monologue, but this is the first time that fans got to hear what it was. The reality star’s family was extremely supportive of Kim saying whatever she wanted, even if it was at their expense. However, Kim only had so much time during her monologue, and had plenty of other hilarious jokes to fit in.

The reference to Tristan’s “side pieces” comes after multiple cheating scandals for the NBA star. Tristan actually started dating Khloe while his ex, Jordan Craigwas pregnant with his child (their son, Prince, is now five years old). Then, just days before Khloe gave birth to her daughter with Tristan, videos surfaced of him cheating on here. They stayed together, but at the beginning of 2019, Tristan kissed Jordyn Woods at a party while he was dating Khloe. After that indiscretion, Khloe broke up with Tristan.

The two co-parented amicably, and wound up getting to a much more cordial place amidst the coronavirus pandemic in 2020. By the beginning of 2021, Khloe even took Tristan back. However, in December, it was revealed that he had cheated on her in March 2021 and got another woman, Maralee Nichols, pregnant. When news of Tristan’s paternity scandal came out, Khloe had already broken up with him months prior. Now, she seems to be done with him for good, but has insisted that they are in a good place for the sake of their daughter.