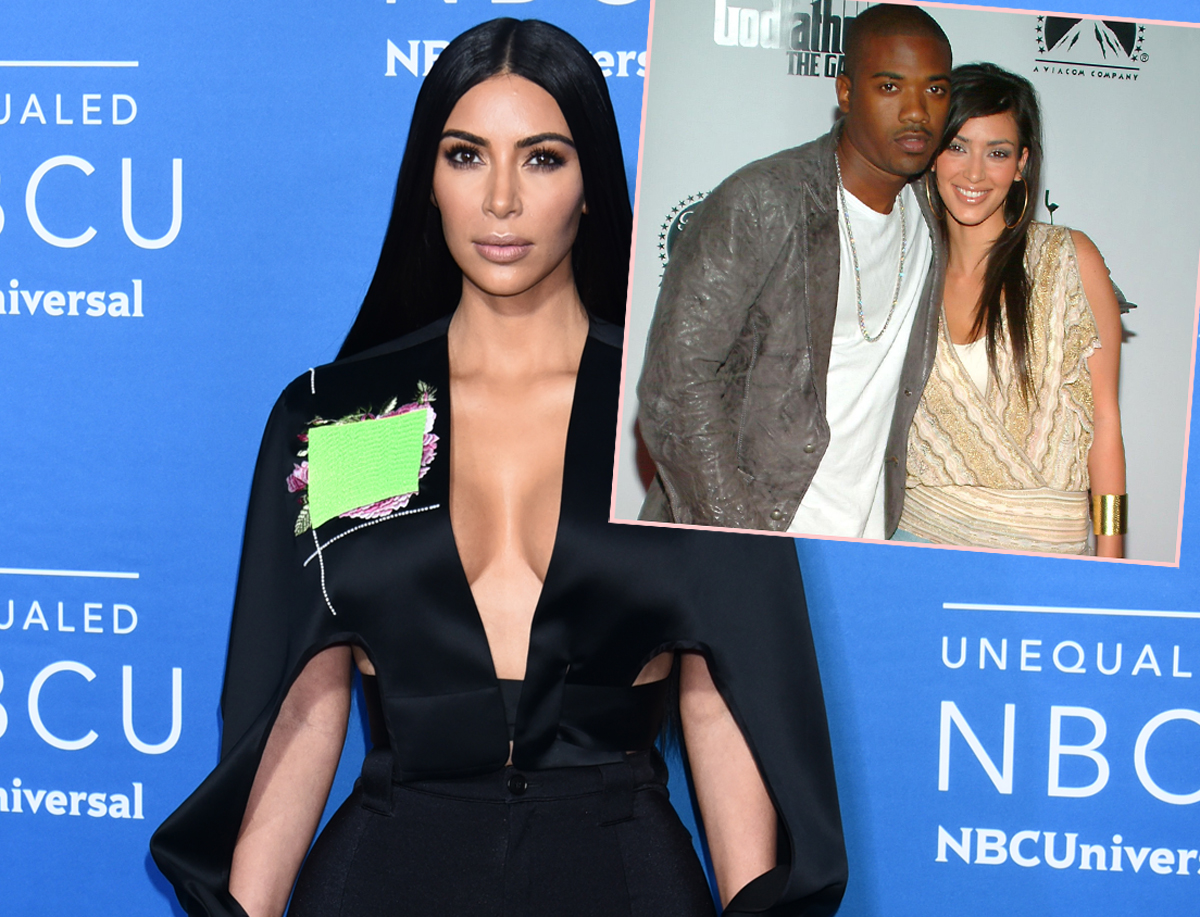 Is there more to the story behind Kim Kardashian spirit Ray J‘s infamous sex tape ?!

Rumors have long circulated that the release of the video between Kim and Ray J had been orchestrated by the then-couple (and possibly Kris Jenner) in order to launch themselves into stardom. However, they have always consistently maintained they had nothing to do with the leaking of the film. But now a celebrity sex tape broker has come forward to back all of the speculations!

In an interview with The Sun. on Thursday, Kevin Blattthe notorious sex tape broker who facilitated the release Paris Hilton‘s sex tape with Rick Salomonclaimed Ray J had been “eager” to make a deal with him to purchase the tape in 2006. And Kim was in on it, too!

The 52-year-old says he first learned of the tape’s existence from a childhood friend who worked at Adult Video News at the time. And while Kevin had no idea who the Moesha actor was, he agreed to meet him for lunch at a local Cheesecake Factory to hear more. He recalled:

“This little guy pulled up in a Lamborghini and came walking into the restaurant.”

According to Kevin, Ray J described the video to him and a friend – a sexual encounter with a woman that neither had ever heard of before, a fashionista friend of Paris Hilton’s. The One Wish artist then told them, Kevin says, that they filmed the video in 2002 while on vacation in Cabo, Mexico, to celebrate her 22nd birthday.

As you may recall, her ex-husband Kanye West recently claimed he had picked up a laptop from Ray J that contained another alleged sex tape between the singer and Kim. However, the Keeping Up With the Kardashians alum denied there being anything explicit footage on the device. Speaking with The Sun, Kevin backed Kim’s denial of a secret second tape, saying he would have seen it at some point if it existed.

However, he does claim he watched several explicit scenes in the original version of the tape that were deleted from the final cut. Without sharing any specifics, he said:

“What I can tell you is that on the initial tape of Kim Kardashian there was a lot of stuff that was excluded. I do not think the family would have been the entity that they are today if a lot of that other stuff had made it onto the final tape. ”

“Ray J told me, ‘She wants to be bigger than Paris.’ I told him, ‘Ray J, you can not let her release it for free – do not let her do that. There’s too much money out there. I can give you the best deal ever and I’m gonna bring in somebody who’s gonna pay you a million dollars right now. ‘”

Ray J was allegedly sold on the idea, telling Kevin that the proposal “sounded good” but he needed to chat with Kim about it first. However, Kevin never heard from Brandy‘s bro again – and the adult film distribution company Vivid Entertainment eventually got the vid instead:

“I was ready to make a deal with him and pay him more money than he’s ever seen but he went behind our back and that’s fine.”

As you may know, the tape was ultimately released in March 2007 under the title Kim Kardashian: Superstar. Shortly after, Kim filed a lawsuit against Vivid Entertainment for putting it out into the world without her permission. However, she dropped the suit after Girls Gone Wild creator Joe Francis helped her get $ 5 million for the tape’s distribution instead. Vivid Entertainment founder Steven Hirsch previously told The New York Post that the sex tape ended up being the “best-selling movie of all time,” saying:

“I can only say that it’s the most popular tape we’ve ever done. Revenue-wise it has generated more income than any other tape that we’ve done. ”

Although the exact number was not revealed, Kevin believes Kim most likely has made more than $ 20 million from it. Damn! That is, of course, besides the name recognition the release undoubtedly brought early in her reality career. Meanwhile, Ray J has reportedly been earning $ 90,000 in royalties every three months for the tape! So it comes as no shock that Blatt said he was disappointed to never get his hands on it.

As we mentioned before, both Kim and Ray J have denied ever being involved in leaking the tape, so take what this guy says with a grain of salt… but you know, that rumor has been around a long time… Reactions, Perezcious readers? Sound OFF in the comments (below).