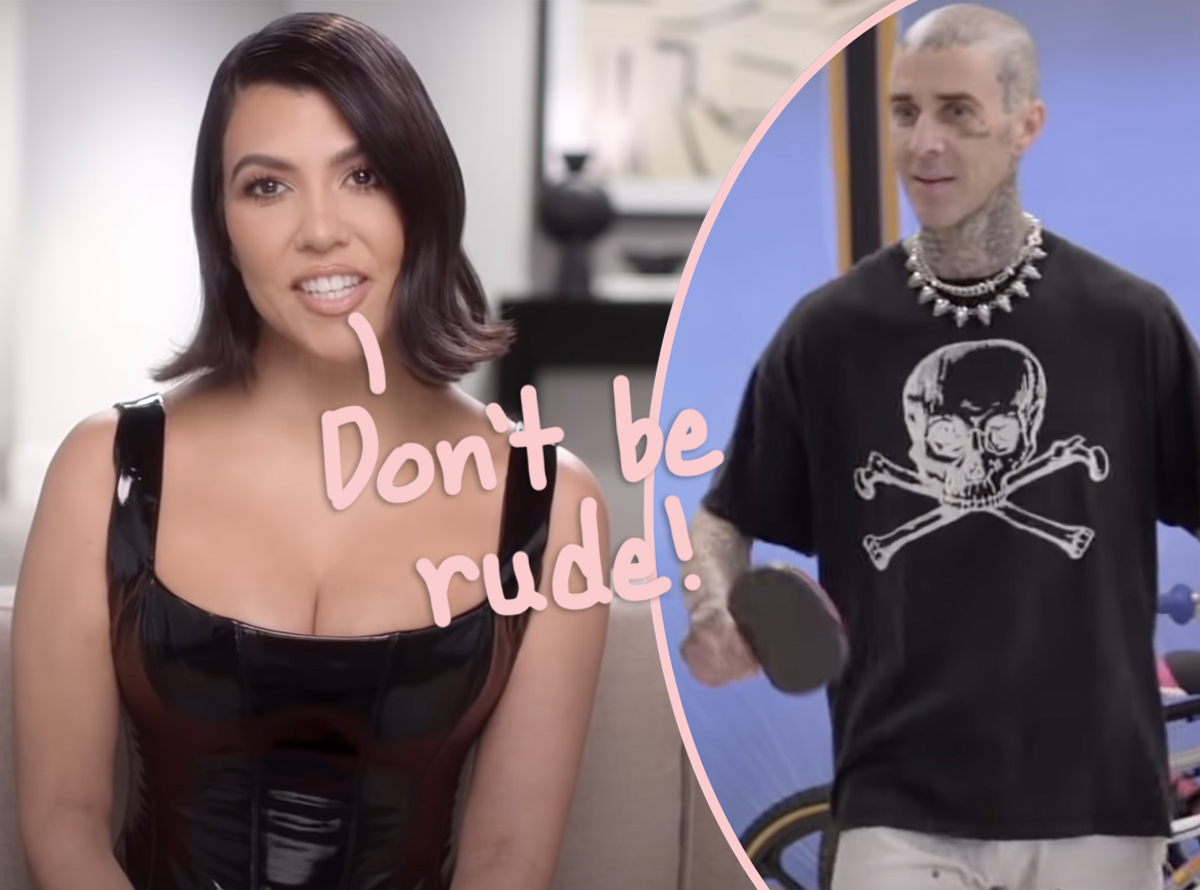 Kourtney Kardashian does not want to hear it!

On Thursday’s new episode of The Kardashians on Huluthe Poosh founder opened up about her frustrated reactions to the public’s comments about her body – including online speculation about whether she’s pregnant!

Of course, as we’ve previously reported, the 43-year-old reality TV veteran has been trying for a baby with fiancé Travis Barkerand the duo has been working through a difficult IVF journey to do so.

Related: Kourtney Got A TON Of Super-Sweet Birthday Tributes From Her Fam And Travis!

The mom of three got real about it in the streaming series’ second episode, which was released on Thursday, calling the IVF experience “awful.” Oh, no! She kicked things off by saying this in a confessional:

“It has not been the most amazing experience.”

“Every single person on social media is always like, ‘Kourtney’s pregnant, Kourtney’s gained so much weight.’ And I’m like, it’s so rude to comment on people when you have no idea what they’m actually going through. ”

Then, she dropped a bomb. More than just weight gain, Kourtney revealed to Kris that she had other health issues with IVF:

“The medication that they’ve been giving me, they put me into menopause.”

Travis’ better half explained to Kris that the IVF meds are having “the complete opposite reaction” in her body, and it is supposedly “working as a contraceptive.” Kourtney then explained the medication has also been messing with her emotional and mental health, too:

“I have everything in the world to be happy about, [but I’m feeling] a little bit off. ”

Interestingly, Kris was able to relate to Kourtney’s struggles. She explained to her oldest daughter how a miscarriage in 1994 left the family matriarch feeling very similarly:

“Everything you just described. The exact same thing happened. ”

Still, there is a lot of optimism here. Kourtney explained that both she and the Blink-182 drummer really want to add to their blended family:

“I think we want it so badly because we want to do something together.”

And Kris agreed, encouraging her daughter to keep persistent with her baby dreams. The momager optimistically shared that she believed Kravis would be new parents again “a year from now.” That’d be amazing!

Related: Kourt Reveals The Sweet Deets Of Her Memorable First Date With Travis!

Meanwhile, the proud momma and her man are going all-in on love! We’ve been marveling at Kravis’ close physical connection pretty much ever since they got together, and now they are talking about it on the Hulu series! At one point, while looking at a house in Malibu the pair possibly wanted to buy together, Kourt got all up on the drummer, straddling him in front of the realtor.

In a confessional explaining their PDA, and opening up about how glad she is that she can show her children a loving relationship, Kourtney said:

“Kissing and hugging is not a bad thing. I’m actually grateful that my kids can see a loving, affectionate relationship because they have not seen that their whole lives. ”

Definitely a shot at her ex Scott Disick, too, but alas… We’re just glad she’s happy! Later, when talking about their proclivity towards PDA, Travis explains to his partner why he thinks people feel so strongly about the couple’s chemistry:

“I just think people have trouble understanding how people can be so in love and affectionate ’cause they’re f ** king miserable, that’s why.”

He might not be wrong, honestly. Reactions, Perezcious readers ?? What’d U think of Thursday new episode of The Kardashians?! Sound OFF about things down in the comments (below)…