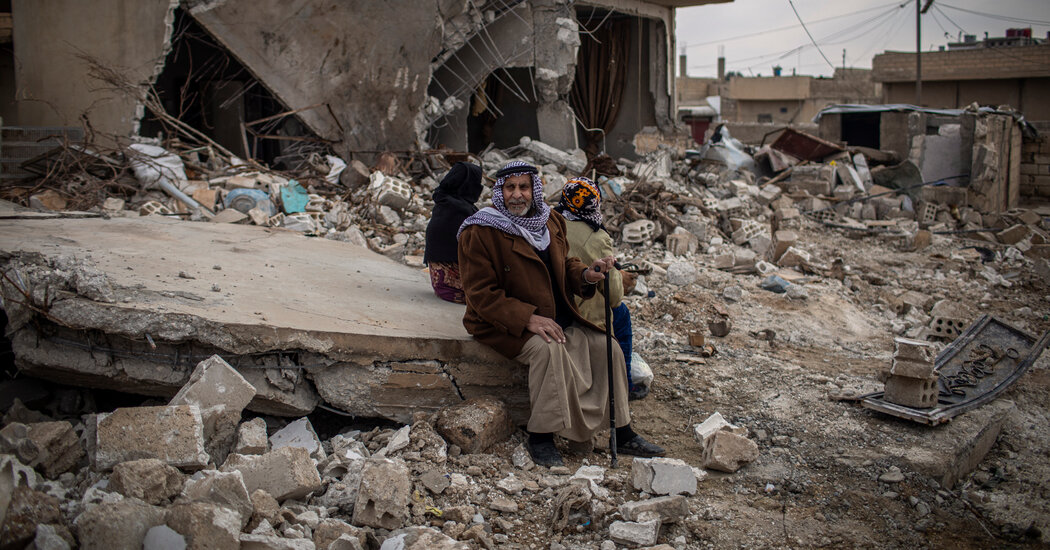 BEIRUT, Lebanon – For a man who sought to disappear, the leader of the Islamic State seemed to have done everything right.

He hid out far from where his enemies expected. He never left the house, relying on trusted couriers to communicate with his far-flung underlings. He was the group’s only leader to never issue a video or voice address, for fear it would make him easier to track. Most of his most fervent followers would not have recognized him on the street.

But American commandos came for him anyway, and on Thursday, the leader, Abu Ibrahim al-Hashimi al-Qurayshi, blew himself up during a raid on his hide-out in northwestern Syria, US officials said.

American leaders hailed Mr. al-Qurayshi’s death as a fresh wound to a fearsome organization whose reach and power had already been greatly diminished. But terrorism analysts warned that killing yet another leader would not erase a group whose members have continued to seek refuge and plan attacks in chaotic parts of the globe.

“It is another painful blow to an organization that just a few years ago cast a broad shadow across the entire region,” said Pratibha Thaker, the editorial director for the Middle East and Africa at the Economist Intelligence Unit. “But I think everyone is wondering deep down how much taking down the top leader really matters since the organization is very decentralized.”

While such attacks generate dramatic headlines, the groups they sought to undermine have often resurfaced in new and more powerful forms or simply replaced old heads with new ones, Hydra-style.

The killing of Mr. al-Qurayshi deprived the Islamic State of a key religious and military authority at a time when the group had already been routed from its territory and lost a huge number of fighters. Now it faces a potential leadership vacuum.

But terrorism experts said the group had become more diffuse and decentralized, allowing it to carry on. Even if it no longer has the power to hold territory as it once did, diminishing its ability to market itself as a “state,” it has proved that it can still carry out devastating coordinated military attacks.

In recent weeks, its fighters in Iraq killed 10 Iraqi soldiers and an officer in a nighttime attack on an army post and beheaded a police officer on camera. In Syria, the jihadists attacked a prison in an attempt to free thousands of their former comrades and occupied the compound for more than a week before a Kurdish-led militia supported by the United States drove them out.

Still, the group is a shadow of its former self.

At its height around 2015, ISIS controlled a territory the size of Britain in Syria and Iraq and displaced Al Qaeda as the world’s richest and most dangerous terrorist organization. It controlled large cities, collected taxes, provided public services and built a war machine.

Its propagandists attracted aspiring jihadists from around the world. Its operatives directed and inspired deadly attacks in the United States, Europe and elsewhere.

The loss of its last patch of territory in 2019, after four and a half years of war, was a major defeat. Now, it is a caliphate in name only. And persistent attacks by the United States and its partners in Syria, Iraq and elsewhere have disrupted its financing networks and led to the deaths of many of its cadres.

Mr. al-Qurayshi was anointed the group’s leader, or caliph, in 2019 after his predecessor, Abu Bakr al-Baghdadi, similarly blew himself up during a raid by US Special Forces on his hide-out in northwestern Syria.

From the start, Mr. al-Qurayshi lacked his predecessor’s public profile, and even his followers knew little about his background. The United States filled in some gaps by releasing notes of interrogation sessions from when he was detained by US forces in Iraq in 2008.

But the revelations that he said he had served in the Iraqi Army under Saddam Hussein and earned a master’s degree in Islamic studies in 2007 were overshadowed by what appeared to be his willingness to inform on his fellow jihadists.

After Mr. al-Qurayshi took control of ISIS, the United States put a bounty of up to $ 10 million on his head and said he “helped drive and justify the abduction, slaughter and trafficking of members of Yazidi religious minority groups” in Iraq and oversaw “the group’s global operations. “

As it searches for a replacement, ISIS no longer has a large pool to draw from because years of concerted counterterrorism operations by the United States and its partners have killed so much of the group’s inner circle, ISIS expert Hassan Hassan wrote Thursday in New Lines , an online magazine.

“The leaders it can trust are a dying breed – quite literally,” he wrote.

That leadership vacuum, the waning attractiveness of international jihadism and the increasing strength of enemy governments and competing militant groups could hinder the group’s ability to bounce back, he wrote. “The death of its leader under these circumstances will further disorient the group and weaken its ability to focus on international terrorism.”

The group already appears to be less dangerous in Iraq, according to a recent analysis of attack data by Michael Knights, the Jill and Jay Bernstein Fellow at the Washington Institute for Near East Policy, and his colleague, Alex Almeida.

They found that ISIS attacks increased in 2019 and 2020, but have declined since, in both quantity and quality.

“For now, at the outset of 2022, the Islamic State insurgency in Iraq is at a very low ebb, with recorded attack numbers that rival the lowest ever recorded,” they wrote.

They said increased Iraqi security deployments in rural areas, frequent counterterrorism raids and “decapitation strikes” against ISIS leaders had contributed to the decline.

But terrorism analysts hesitate to write off the group, noting that it was regarded as a spent force just a few years before it came roaring back and solidified its control over entire cities in Syria and Iraq in 2014.

The group has long found it easiest to operate in failed states, conflict zones and poorly governed places, and its fighters still have many such territories to choose from, including in Afghanistan and parts of Africa.

In Syria, it remains most active in the east, which was badly battered in the country’s 10-year civil war and is only loosely controlled by a Kurdish-led militia whose administration is not internationally recognized and is short on resources.

The draw of chaotic places likely explains why Mr. al-Qurayshi sought refuge in Idlib Province, in Syria’s northwest, miles from his organization’s past strongholds.

The area is one of the last territories still controlled by the rebels who set out to topple President Bashar al-Assad, and it is packed with millions of people who fled from elsewhere during the war, making it easier for strangers to blend in.

The Islamic State’s future could depend less on who its leaders are than on the opportunities for expansion that present themselves, and the group’s ability to take advantage of them.

“What we have seen in the jihadist movement on the whole over the last two decades is that it is highly pragmatic in the pursuit of its goals,” said Shiraz Maher, the author of a book on the history of the global jihadist movement. “Their next move is to continue to hold out and bid their time and react to the realities as they pan out.”