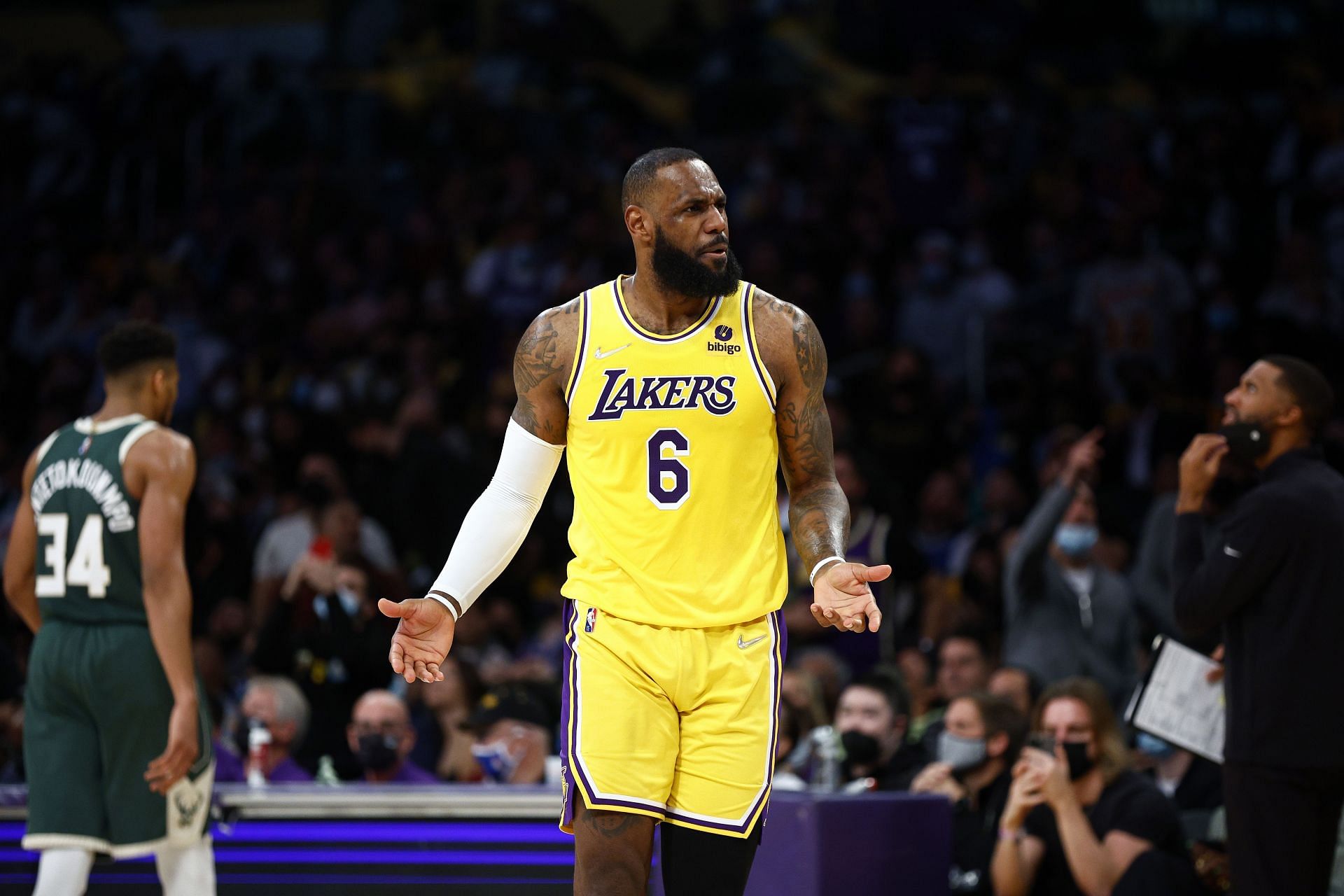 Many point to the 2015 NBA Finals as the birth of LeBron James’ rivalry with the Golden State Warriors. However, the Warriors have always been tough opponents, especially with the union of Stephen Curry and Klay Thompson.

Meanwhile, before the incredible Finals matchup, James knocked down a jaw-dropping buzzer-beater against the Warriors on this day in 2014. It was James’ final season with the Miami Heat, who were in search of a three-peat.

On this day in 2014 … LeBron James buried the game-winning stepback triple and hit “The Silencer” vs. GSW! # NBA75

With under two seconds remaining on the clock in the fourth quarter, James hit a step back three-pointer right in the face of Andre Iguodala.

The step back is a difficult move, but James executed it to perfection. He created enough separation to successfully hit the bottom of the net, giving the Heat a 111-110 victory.

James recorded a game-high 36 points and was an assist shy of recording a triple-double. The four-time NBA champ made 14 of his 26 field goal attempts and converted four of his eight three-point attempts.

After knocking down the buzzer-beater, he brought out “The Silencer” as the arena was filled with disbelief. Dub Nation buried their heads in their hands, disappointed by the last second tragedy.

The Lakers will square up against the Warriors later tonight at Chase Center, and we will see if James manages to “silence” the Warriors. It will give the Lakers and opportunity to tie the season series after losing the season opener at Crypto.com Arena.

To many, the outcome of this matchup seems a foregone conclusion, as the Lakers have been grossly disappointing this season. They hold a 26-30 record and are ranked ninth in the Western Conference standings.

The Lakers could turn their season around at any point, though, as the team features no shortage of star power. The Warriors will also be without their defensive anchor in Draymond Green, and have lost their previous two games.

While another 30-point game for James is possible, it remains to be seen if his teammates will provide enough production to power the team to victory.

LeBron is 19 points away from passing Kareem for most combined career points (regular season & playoffs).

He’s played 182 less games than Kareem at this point.

LeBron is 19 points away from passing Kareem for most combined career points (regular season & playoffs) .He’s played 182 less games than Kareem at this point. https://t.co/S67xGikYfl

Another area in which the Lakers struggle is on the defensive end. Their older lineup will have a hard time keeping up with the Warriors, who move the ball quickly and have more athletic players.

However, he will be facing the top-rated defensive team in the league and might find it more difficult to score.