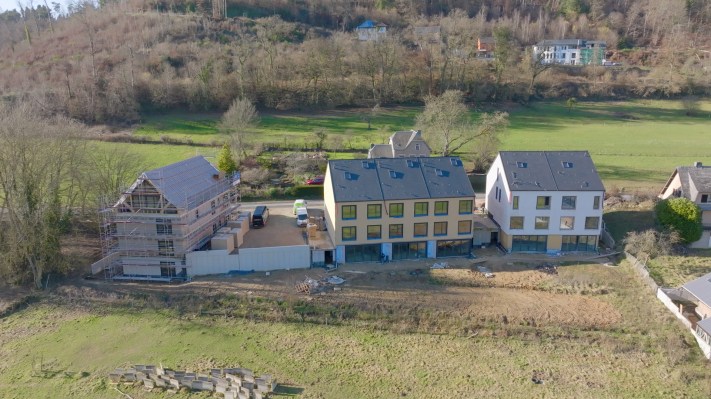 Luxembourg-based Leko Labs, a construction startup that’s developing sustainable wood-based building materials as an alternative to steel and concrete and applying automation to construction methods, has closed a $ 21 million Series A round of funding.

Construction is of course an extremely dirty business. Not just literally, given the earth and dust that inevitably gets churned up – but in carbon emissions terms: Per a 2017 report by the World Green Building Council, building and construction activities jointly account for 39% of energy-related CO2 emissions when upstream power generation is included.

Shrinking the carbon footprint of construction must, therefore, be a key plank of global net zero climate strategy.

Leko Labs bills itself as a “carbon negative” construction company – on account of having developed a novel wall and floor system based solely on wood and wood fiber which it says is capable of replacing up to 75% of concrete and steel currently used in constructing a single building.

Its wood composite product is built to withstand high compression loads (30,000x its own mass, is the claim); and – if sourced from sustainable forestry, meaning trees felled for timber are replanted; and assuming a long, productive lifespan to the material / building – it should sequester substantially more carbon vs a traditional build made using concrete and steel which require extremely energy intensive processes to manufacture.

Leko Labs’ claim is that its more sustainable construction method can save “thousands” of tons of CO2 vs traditional approaches.

Additionally, the startup says its engineered wood can yield superior insulation properties for buildings that also have thinner walls – meaning both better heating / cooling performance (it says its wall system can reduce heating / cooling needs by up to 87%) and up to 10 % more floor space vs traditionally constructed buildings.

Its PR bills its approach to construction as having “one of the lowest carbon footprints possible from the moment the building is completed and throughout its lifetime with low heating and cooling emissions”.

Although it is careful to add a further caveat that its methods only “potentially” enable buildings to remain carbon neutral over their entire lifetime. Clearly, there are many factors that influence a building’s emissions and construction / thermal properties are just a couple of them.

The company’s material can be used for buildings up to 100m tall, per Leko, which was founded back in 2017 and now has “multiple” construction projects ongoing across its home Benelux region currently, including homes, offices and data centers (some ongoing projects are visible on its website).

As well as engineered wood, Leko says it uses a “fully circular manufacturing process” – and what it bills as an “automotive style, robotics driven” approach to construction, with components such as walls prefabricated off-site in its factory and delivered at the point of installation – which can reduce the time needed for a build vs traditional methods (50% faster builds is the claim).

The company has also developed a software platform to help automate and optimize the building design process, using algorithms which it says are able to reduce wood usage vs traditional buildings (by up to 50%), as well as ensuring better thermal, acoustic and static properties.

This algorithmic approach also means Leko can resolve the moisture and noise problems that are typically associated with wooden buildings – or, at least, that’s the claim.

Fire risk is perhaps a tougher challenge to entirely resolve, given timber is a flammable material. But of course engineered wood would obviously still need to meet building fire safety standards.

Leko says the Series A funding will be used to scale its software and robotics construction system throughout Europe – including in Germany, the Nordics and the UK, while still supplying finished walls from its factory in Luxembourg.

There’s a key change to its exec team also being announced today – with former CCO of the air taxi startup Lilium, Dr Remo Gerber, joining as CEO, with Leko’s current CEO and founder, Francois Cordier, moving to the CTO role to focus more on product.