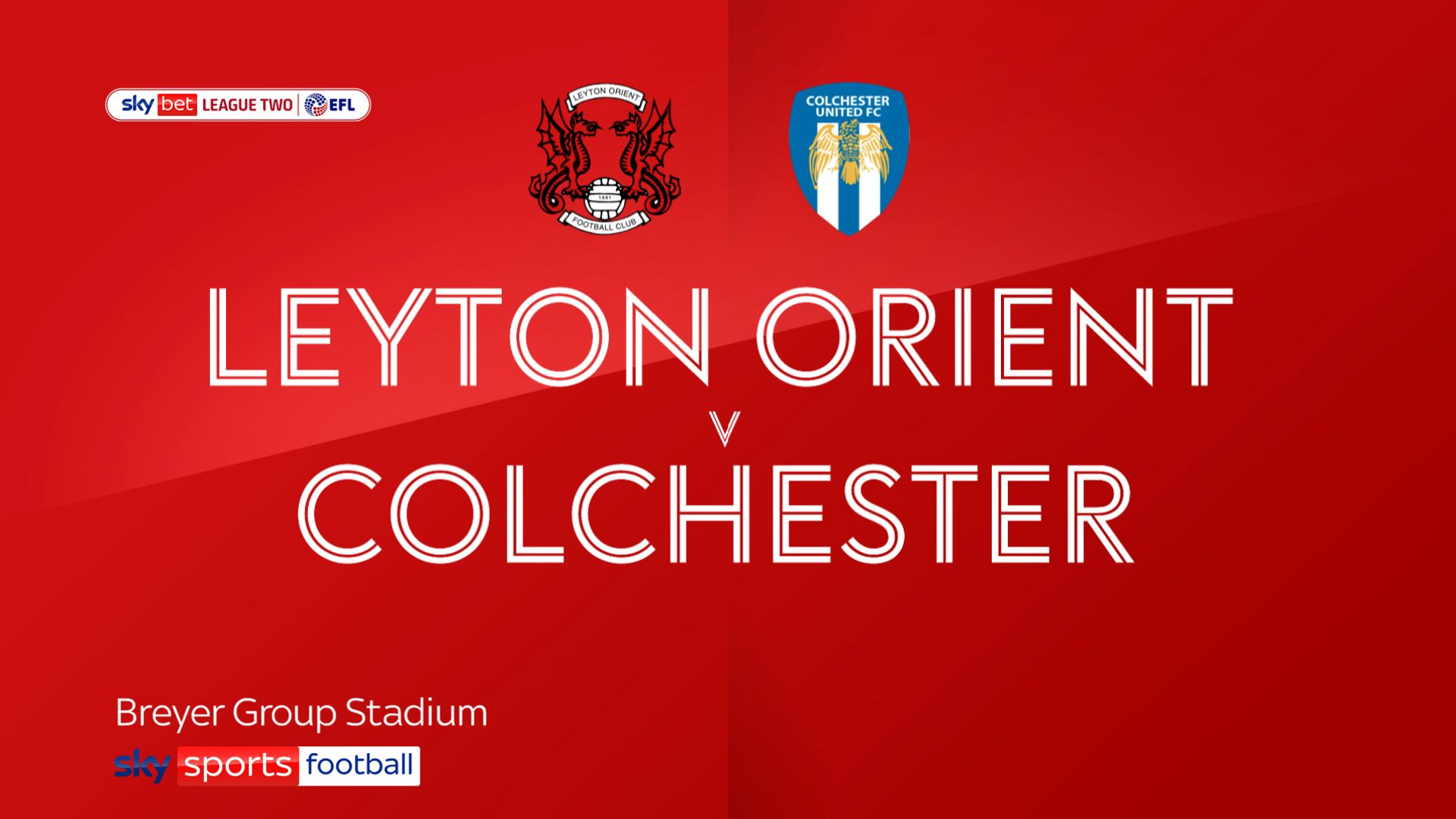 An early goal from Freddie Sears earned Colchester a 1-0 win at Leyton Orient.

The ball was eventually played out to Corie Andrews, who crossed into the penalty area where Sears fired an unstoppable volley into the net.

Orient posed little threat, but the visitors did look dangerous through the pace of Junior Tchamadeu and Andrews.

Sears had a fine opportunity to double the lead shortly before the break but his shot was blocked by the outstretched leg of goalkeeper Lawrence Vigouroux.

The visitors continued to control affairs after the break, although the hots spurned a great opportunity to level in the 68th minute when Matt Young picked out Drinan with a through ball but Hornby raced out and spread his body to block the striker’s effort.

Colchester were good value, though, and only superb saves by Vigouroux to deny Owura Edwards and then Brendan Wiredu prevented them from extending their advantage.