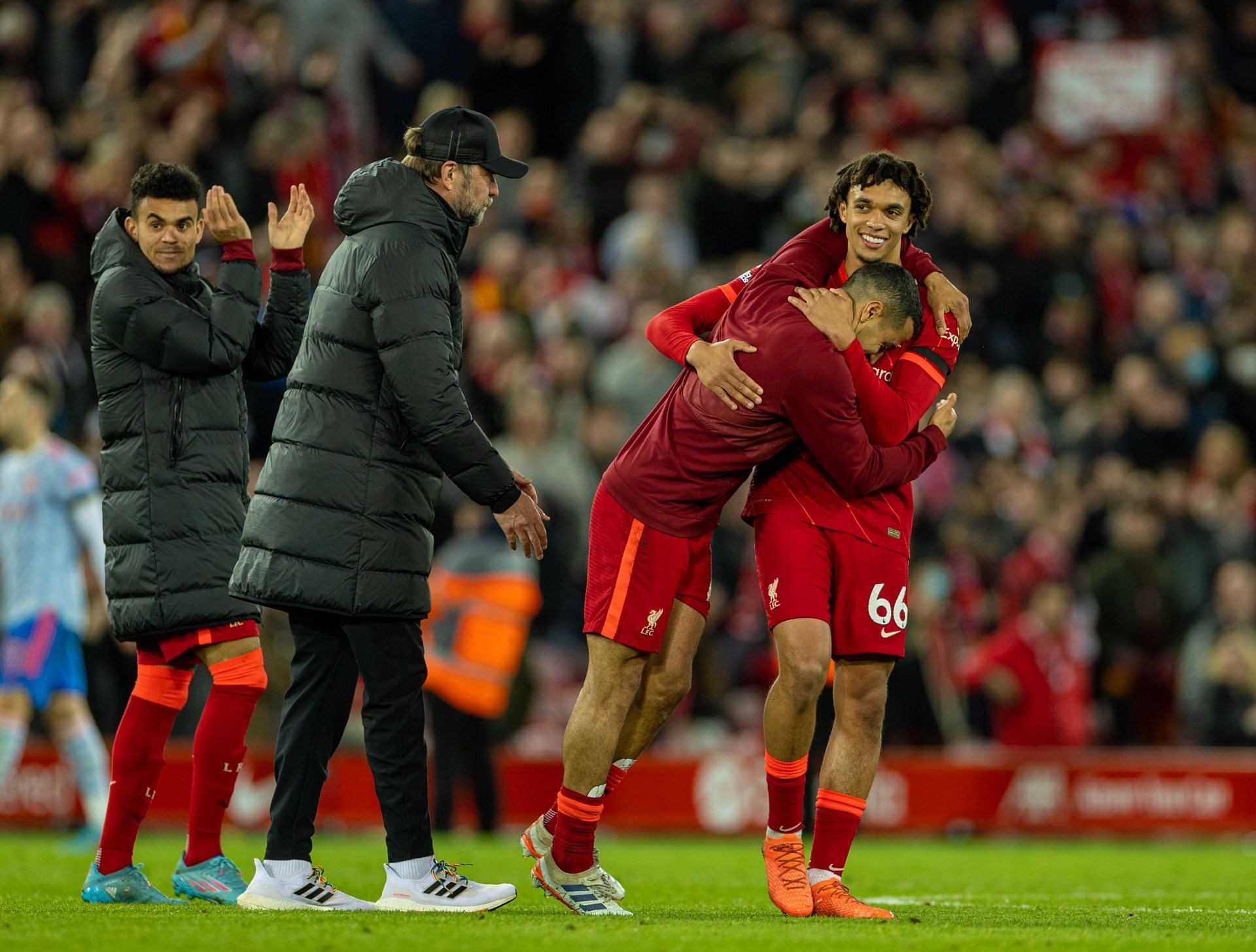 Liverpool fans sang throughout the night on Tuesday, ramping up the atmosphere at Anfield to match their team’s commanding performance against Manchester United.

The Reds were simply sublime against their bitter rivals, delivering the kind of assured performance that they have been known for in recent years.

While Jurgen Klopp’s side was proactive and motivated, Manchester United looked dejected and devoid of the needed desire and character to compete. The end result was a 4-0 thrashing at the hands of Liverpool. In truth, the scoreline could have been worse for the visitors.

Liverpool have been better than Manchester United for many years now and have not lost against their rivals in the Premier League in five years.

However, the Reds took their dominance over the Old Trafford outfit to a different level this season. Having beaten them 5-0 in front of their own fans, Liverpool followed up with a 4-0 thrashing at Anfield.

In both matches, there was only one team trying to win and the other just sat back, hoping for a miracle. The fact that the Reds played below-par and still blitzed Manchester United is telling of how one-sided this fixture has become.

Ralf Rangnick’s side has been left reeling after their latest humiliating defeat. For Klopp’s side, though, it’s business as usual as they aim to wrest the Premier League title from Manchester City.

Manchester United have suffered their heaviest ever defeat at Anfield in the Premier League era.

They will not be playing five at the back again.

Manchester United have suffered their heaviest ever defeat at Anfield in the Premier League era.They will not be playing five at the back again. 😜 https://t.co/217Lgmtjmc

Liverpool have been on a different level since the start of the year and have lost just a single game in all competitions in 2022. That form has seen them win the Carabao Cup while reaching the final of the FA Cup and the semi-finals of the UEFA Champions League.

The Reds are also now top of the Premier League, albeit temporarily. They are still on course to win every trophy available. Klopp said after the win against Manchester United, as quoted by the Daily Mail:

“It was a top-class performance. I am not here to humiliate opponents. We did what we had to do. They played without their center midfielders and when you are in a difficult situation like United before the game, Paul [Pogba] has to go off and it is not easy to play against us. “

“9-0, I am not interested in that is something for the supporters, if they want to celebrate. I know it will not last forever, they will strike back. Nothing to moan about. We do not take these things for granted. ”

Liverpool’s dream of winning the quadruple is alive. Based on their current form, it remains to be seen which side will be able to stop them.