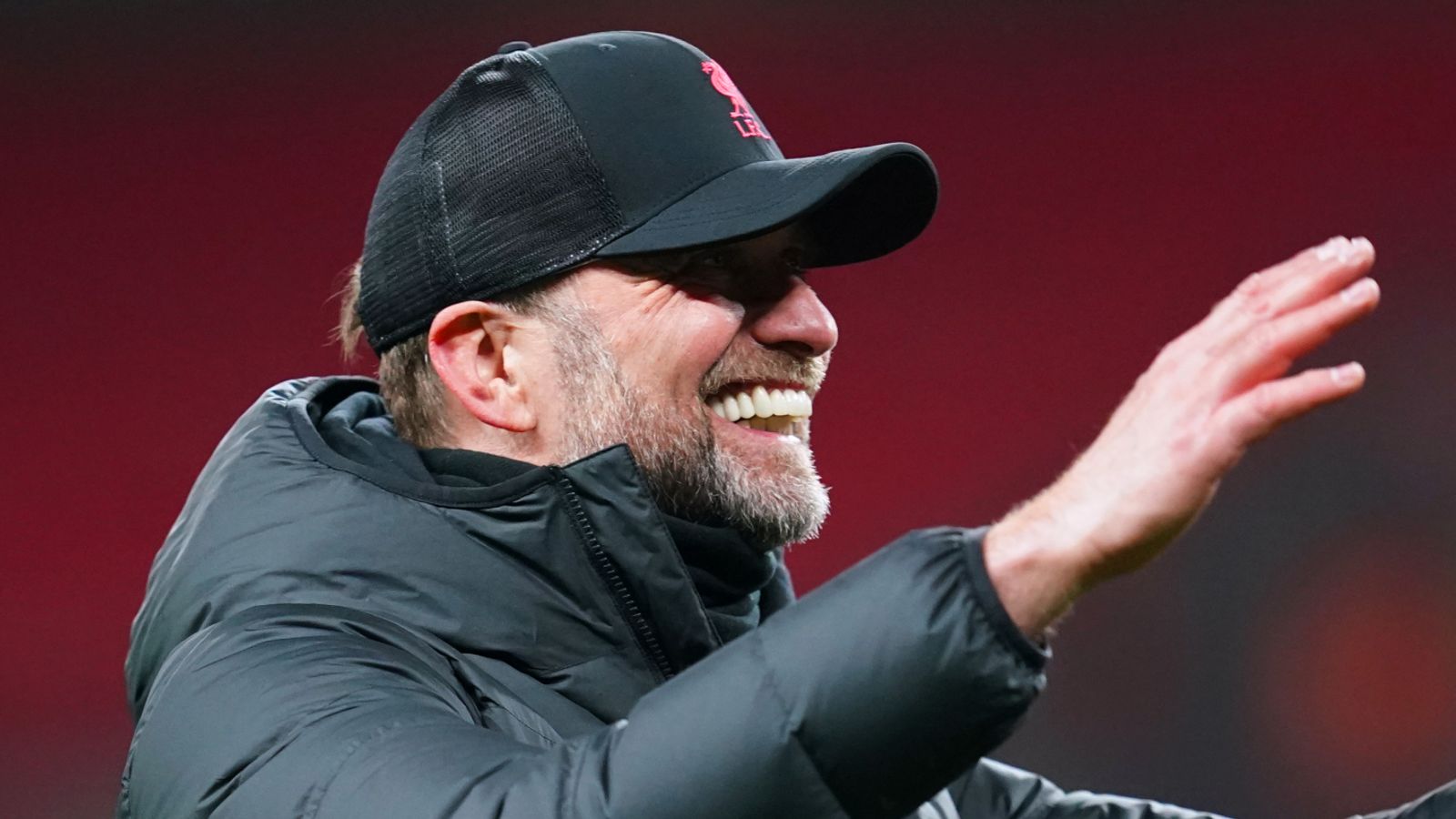 Jurgen Klopp says it is “crazy” to think about winning a quadruple, claiming Liverpool are “close to nothing” after their Carabao Cup win against Chelsea on Sunday.

Klopp’s side beat Chelsea 11-10 on penalties in an enthralling Wembley final, winning his first domestic cup competition with the club.

Liverpool continue their push for another trophy on Wednesday as they take on Norwich in the FA Cup with the Reds also firmly in contention for the Premier League title and Champions League.

However, the German manager insists one trophy does not put Liverpool close to any large trophy haul, but did praise the mentality of his team as well as Carabao Cup opponents Chelsea.

In a pre-match press conference, Klopp said: “Looking back at the game against Chelsea, the mentality of both teams was at an incredible level. The pace of the game was incredible, the way both teams tried to close the other team down for 120 minutes… Then there is no doubt about mentality, not only for Chelsea but for us as well.

“Winning the shootout 11-10 as well shows you the concentration level of the whole game was insane, really… So it’s very good [the mentality] and very important. Will we have that for the rest of the season? I do not know, but we will try. 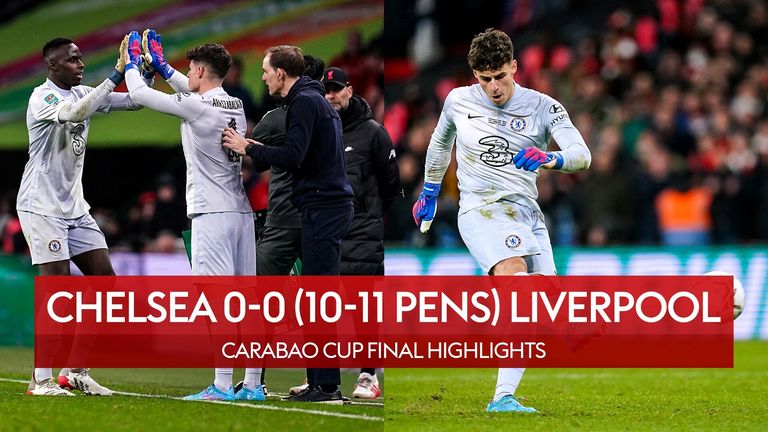 “No team yet in the history of British football have won a quadruple because it’s really difficult. We won the Carabao Cup, we’re behind City in the Premier League. We play Norwich tomorrow night after playing 120 minutes on Sunday, then we play West Ham.

“It’s not even that we’re even close to thinking about crazy stuff like that [a quadruple]we just want to try to make sure the boys are fit enough to face Norwich in a proper way.

“To think that we have a chance to do so, you could see it as a compliment, but I do not need these. We do not see it like that because we do not think ‘oh, we are close to winning the quadruple ‘. We are close to nothing at the moment, we are still in three competitions and that’s all like some other teams as well.

Substitute Kepa Arrizabalaga was brought on for the penalties but after failing to save any of Liverpool’s 11 kicks, he skied his own to hand Jurgen Klopp’s side victory

“It’s good that people think we can do good things rather than we are useless, but it’s not very helpful because we face a lot of very good football teams between now and the end of May.”

When pressed on how the team and staff were stopping themselves from getting too carried away given their recent cup win, Klopp added: “I don’t have to stop myself and the boys know it as well.

“I’m not sure how you all get to that story [of a quadruple] because yes, we are the ones who can win the quadruple because we won the first competition. But even Chelsea and City with all the quality they have in the last few years, they could not win the quadruple. That says everything.

“It’s really difficult and that’s why no one needs to dampen any excitement down. The reality to win something is you have to be focused on the next step and not on the one after that otherwise you will struggle.”

I’m confident that we will take the game very seriously. We are looking forward to the atmosphere the people will create because it was an amazing atmosphere at Wembley. Not everybody tomorrow night would have been at Wembley, so if you want to celebrate with the team, do it with the best atmosphere we can create, that would be really helpful.

Thiago ‘fine again but not fit’

Thiago Alcantara appeared visibly upset in the dugout ahead of the Carabao Cup final, with the midfielder pulling out of the starting XI after sustaining a hamstring injury during the warm-up.

Klopp said: “It was a very emotional moment. We were all surprised; I came in the dressing room, I watched the whole warming up and did not see anything, then we came in, he is on the [treatment] bed and the physios tell me he feels something in the hamstring, which is not good. 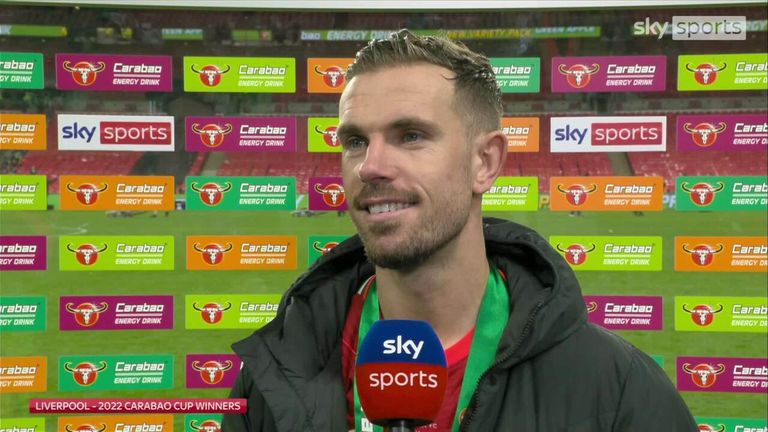 “Then we had to make the decision he could not start. In this moment when you are that close to playing a final… for the one player who probably won the most silverware in the whole squad, or as much as the whole squad together, showing then this kind of emotion, I did not like that he did not feel that good, but the desire to play a final I liked a lot.

“He’s fine again but not fit again. Like always, you do not know [how long he will be out] exactly. Weekend not sure, maybe Milan, after that definitely. “

Klopp: Elliott made a mistake but will not do it again 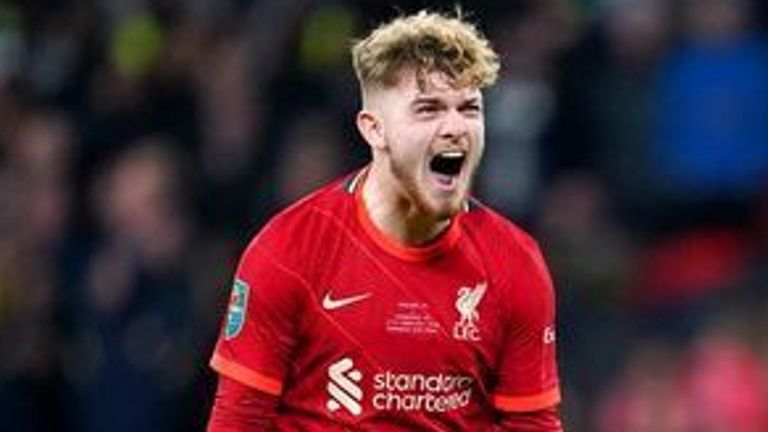 On Monday, it was reported that the FA had written to Harvey Elliot for his observations after he was seen handling a red smoke flare at the Carabao Cup final.

Elliot was pictured with the flare in his hand during post-match celebrations at Wembley, and although Klopp says everyone makes mistakes, insists that the 18-year-old will not do the same again.

“We have not spoken to Harvey yet. Since we were aware of it, we could not speak to him,” the Liverpool manager said. “Will I speak to him? Yes, maybe.

“Harvey is a very young man on the pitch and outside, he is still a little bit more of a boy, but that’s not a problem, he made a mistake. Because of the ‘role model’ role we have as people working in public , I understand 100 per cent [why the FA have sent a letter]. I can promise he will not do it again.

“Do I think it was the worst thing that ever happened in the world of football? No. I understand why it’s not OK, but in that moment I got carried away and I’m nearly four times as old as he is so it can happen.