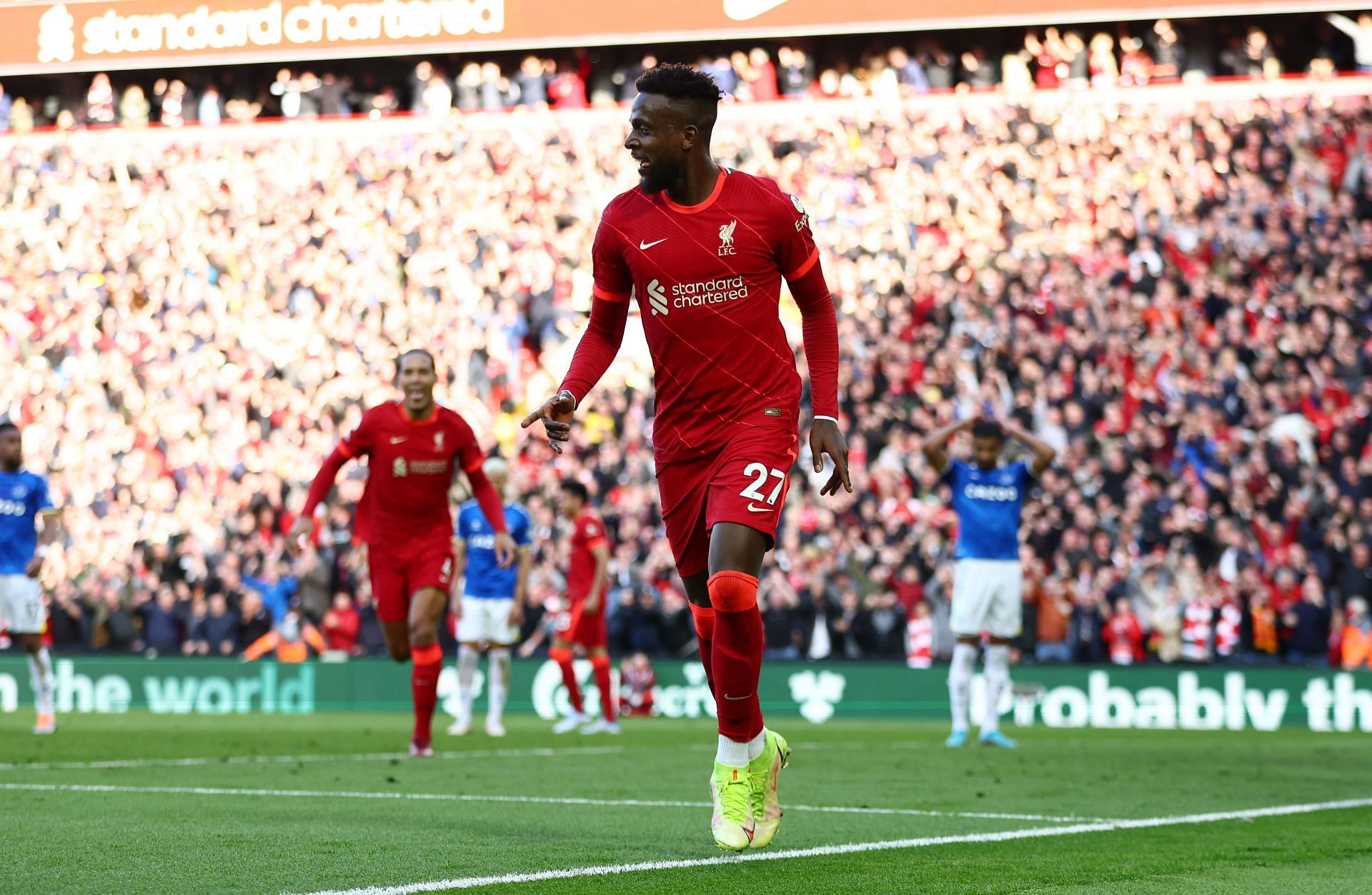 Liverpool’s players and coaching staff gave a ‘Guard of Honor’ to forward Divock Origi after their 3-1 win over Wolverhampton Wanderers on the final day of the season. The forward was not deemed fit enough to feature in the game.

The 27-year-old forward’s contract expires at the end of the season which will see him leave Anfield on a free transfer.

Divock Origi has established himself as a fan favorite at the club despite never being used as a first-choice option at the club. However, the Belgian forward has been an integral part of the success the Reds have attained under the management of Jurgen Klopp.

Divock Origi was part of the squad when Jurgen Klopp first arrived at the club back in 2015 and is now leaving as one of his most important players.

To celebrate his time at Anfield, Origi’s teammates gave him a Guard of Honor with the club giving him memorabilia. Liverpool fans, meanwhile, gave him a standing ovation and chanted his game as he bid farewell to the Merseyside club.

The video for the same can be seen below:

A guard of honor for Divock Origi. What a player and an even better man

A guard of honor for Divock Origi. What a player and an even better man ❤️https: //t.co/80AzgOKI4H

Origi has scored some crucial goals for Liverpool during his time at the club. The Belgian’s most important goal came in the 2019 UEFA Champions League final where he scored the winning goal against Tottenham Hotspur. However, it is worth mentioning that he scored twice in the semifinals against Barcelona in the famous 4-0 second leg victory that completed their iconic comeback.

Origi also has a knack for scoring goals against Everton in the Merseyside derby. The Belgian international has scored six times in 12 appearances against the Toffees, including a couple of late winners.

The 27-year-old forward will end his Liverpool career with 175 appearances to his name, contributing 41 goals and 18 assists across all competitions. Origi has guided the Reds to every possible major trophy during his time at Anfield.

According to Italian journalist Fabrizio Romanothe Beglian international is edging closer to joining Serie A side AC Milan in the summer.

Liverpool missed out on the Premier League title to Manchester City

Despite their valiant efforts, Jurgen Klopp’s side missed out on the Premier League title to Manchester City. The Reds seemed in pole position to snatch the title off City’s grasp after Pep Guardiola’s side were trailing 2-0 against Aston Villa at the Etihad Stadium.

Manchester City, however, turned the game around with three quick goals in the second half to retain the Premier League title. The Reds did win their own game against Wolverhampton Wanderers by a 3-1 scoreline but it was futile.

Thank you for your brilliant support this season, Reds. What an incredible ride this special team has taken us all on ❤ There have been so many memorable moments, together. One game to go.See you all in Paris 🇫🇷 https://t.co/IuccGSLdle

Liverpool, meanwhile, will swiftly turn their attention to the Champions League final. The Reds face Real Madrid in the final in Paris in one week’s time on May 28.