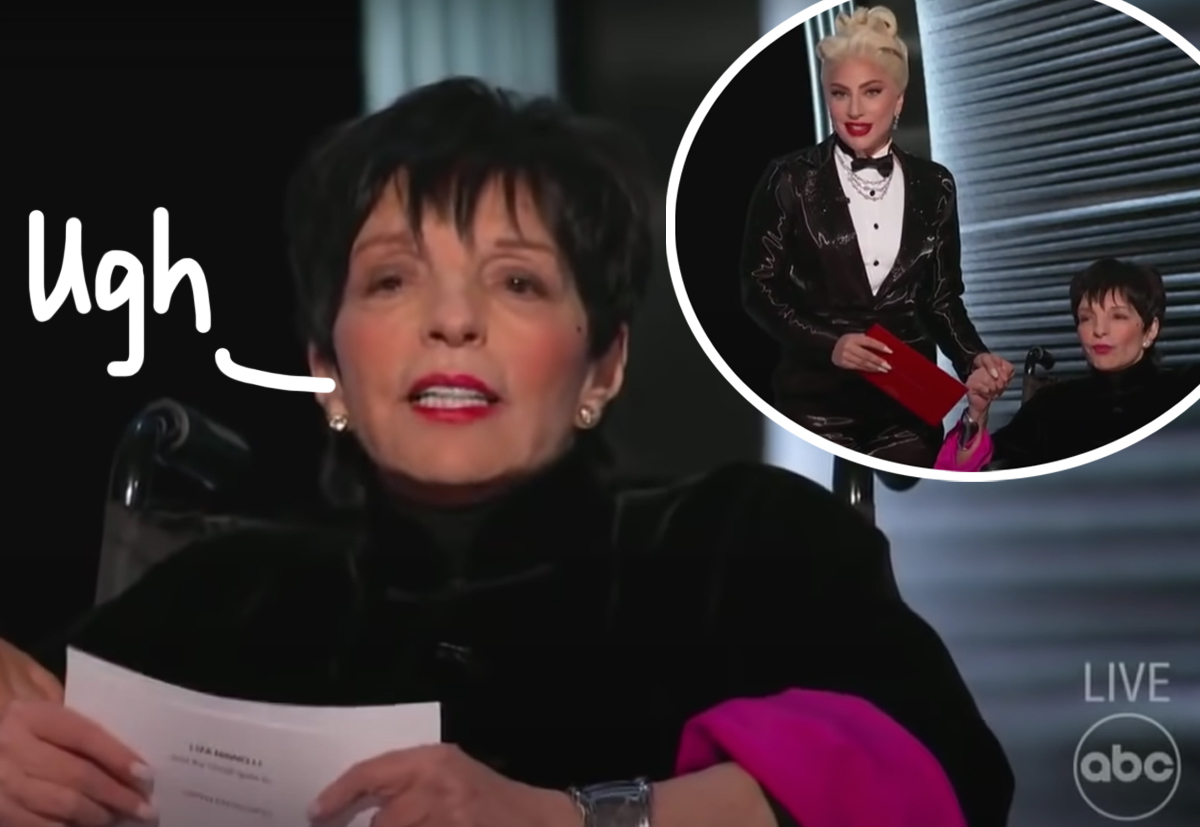 As the world was processing Will Smith slapping Chris Rock in the face at the 2022 Oscars, Liza Minnelli was apparently dealing with a figurative slap to the face by producers of the awards show!

In case you missed it, the Hollywood legend appeared in a wheelchair alongside Lady GaGa to present the final award of the night.

Well, according to Liza’s longtime friend, singer Michael Feinsteinthe 76-year-old performer never needed or wanted a wheelchair – but had instead requested a director’s chair to sit in for the segment.

Feinstein said on SiriusXM‘s The Jess Cagle Show on Tuesday:

“That whole thing was – she was sabotaged. That’s a terrible word to use, but she only agreed to appear on the Oscars if she would be in the director’s chair, because she’s been having back trouble. ”

According to Feinstein, Miz Minnelli specifically did not want fans worrying about her or her health, adding:

But frustratingly, the wheelchair was a last-second switch made by the stage manager in the chaos following The Slap. To make matters worse, the actress was apparently forced to go along with it, Feinstein said, as she had only been informed of the switch just before she was set to take the stage.

“Literally, literally five minutes before she went on, when she sat in the director’s chair back there, and because every – I guess they were all shaken up because of everything that had happened earlier – the stage manager said, ‘Well, she has to be in a wheelchair, ‘And Liza pleaded. She said, ‘No, I will not be seen in a wheelchair in front of everybody. I will not do this. I refuse to do this. ‘ And they said, ‘Well, it’s either that or nothing.’ And so I said, I was there. I said, ‘What do you wanna do?’ And she said, ‘I’ll do it.’ And she was so shaken that she was discombobulated. She was nervous. It made her look like she was out of it. ”

Ugh, that sounds more disorienting than an introduction by John Travolta!

Michael suggested this last minute change-up was why Liza fluffed her lines while reading the teleprompter, which led to GaGa’s heartwarming “I got you” moment that Twitter swooned over.

This is like a lesson in how to facilitate older people while honoring who they are.
What a class act by @ladygaga with legend Liza Minnelli.
The conferred whispers of “I gotcha” “I know” picked up by the mikes make it especially touching.pic.twitter.com/2JOWyrTQxn

For those who do not know, Liza has suffered serious health issues in the past and was warned in 2000 she might never walk or talk again after she survived a rare brain infection.

But Michael went on to say the Cabaret star is “really doing well,” which was all the more reason why she was “very disappointed” by the Oscars ordeal:

We honestly do not blame her!

Watch the video (below) for more.

Hopefully Liza can have her moment next year.