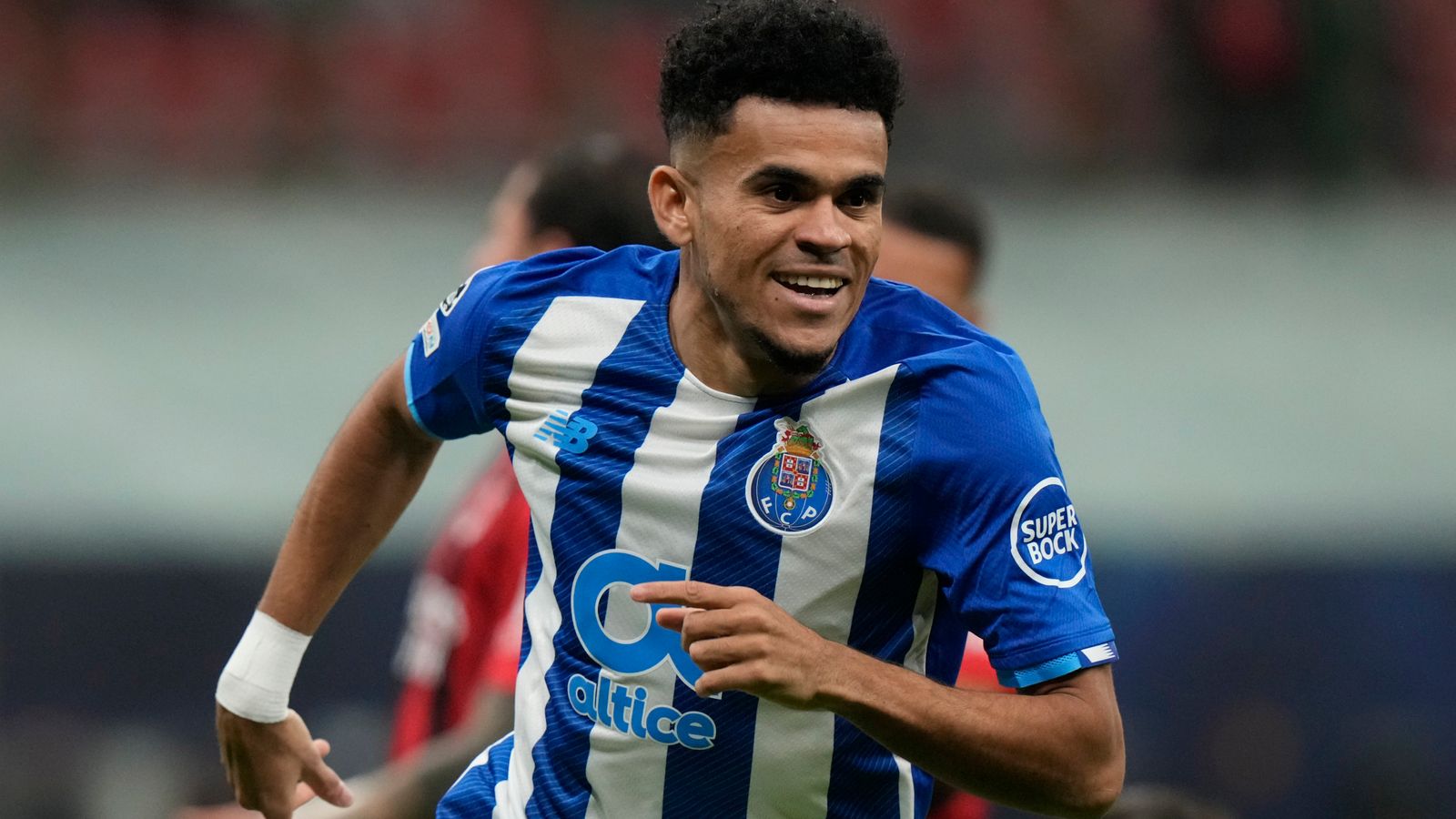 Luis Diaz has undergone his medical ahead of a £ 45m move to Liverpool, who expect to complete the signing of the Porto winger on Sunday.

Liverpool moved into pole position to sign Diaz this week after making a late swoop for the Colombia international, who was also wanted by Tottenham.

Spurs made an offer for Diaz, but the 25-year-old prefers a move to Liverpool, who are now set to make him their first signing of the January transfer window.

Diaz was manager Jurgen Klopp’s first choice for the summer window, but Liverpool accelerated their plans due to Spurs’ strong interest.

Liverpool are said to be offering an initial £ 37m, with bonuses included in the deal that will only be triggered if Diaz becomes a big success at Anfield. Diaz is currently on international duty with Colombia, and is set to feature against Argentina in Tuesday’s World Cup qualifier.

Tottenham had been locked in talks with Porto over Diaz this week, with the Premier League club said to be willing to pay up to £ 46m, with £ 37.6m up front and £ 8.4m in performance-related add-ons.

There was confidence from both sides that a deal could be reached before Liverpool reignited their interest.

Sky Sports News understands Tottenham feel like they did everything possible to secure the deal but the player simply prefers a move to Liverpool.

Missing out on Diaz will be another big blow for Spurs this month, after the breakdown of the deal for Wolves winger Adama Traore, who has returned to Barcelona on loan.

Spurs are now working hard on other targets ahead of Monday’s deadline, with Sky in Italy reporting they are in advanced talks to sign Juventus duo Dejan Kulusevski and Rodrigo Bentancur. 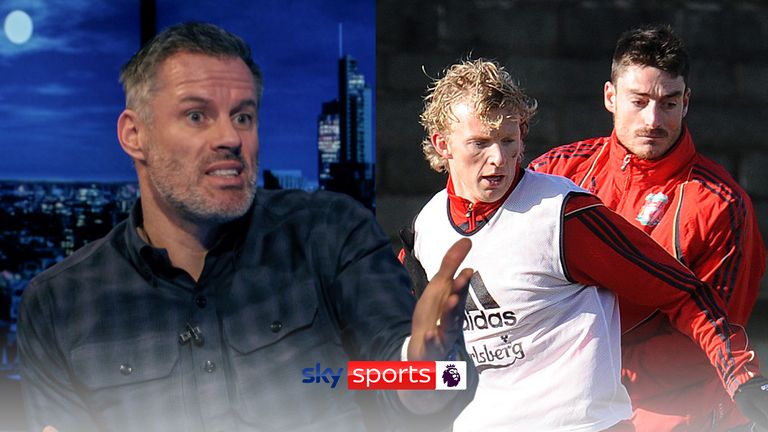 Spurs have offered Juventus an initial loan for Kulusevski with an obligation to buy for £ 33m (€ 40m) if they qualify for the Champions League and he plays a certain number of games.

The north London side have also offered a fee in the region of £ 25m (€ 30m) to buy Bentancur this month ahead of Aston Villa.

‘Diaz will fit in perfectly at Liverpool’ 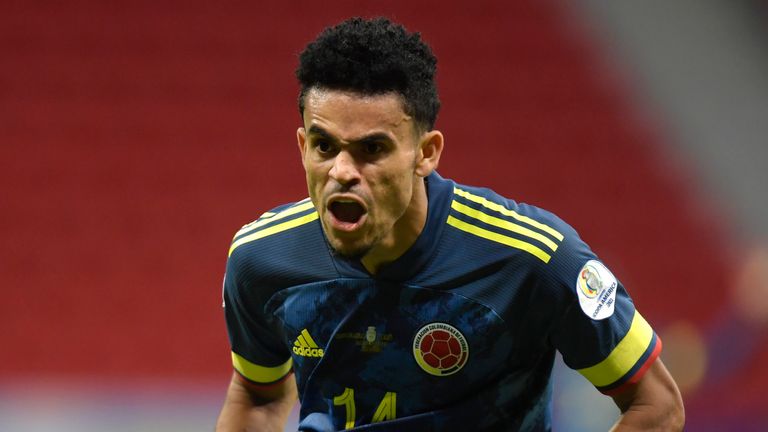 “The newspapers in Portugal say the deal is going through, so it seems Luis Diaz, the best player in the Portuguese league, is going to be joining Liverpool.

“He is the kind of player Klopp likes. Technically he is very gifted – he is bound for greater things than the Portuguese league.

“Diaz is the best Colombian player at the moment, the best player in Portugal at the moment. He can do anything up front despite not being a center forward.

“He really has something special about him. There is no doubt in my mind that, if things go normally, he will fit in perfectly at Liverpool.”

Analysis: Liverpool view this as an excellent deal

The Liverpool deal are looking at for Diaz would € 45m (£ 37m) plus a maximum of € 15m in bonuses. Klopp’s first choice for the summer brought forward because it was clear player would move and would not be available. Still far from done, but they’re trying.

“Liverpool view this as an excellent deal if it gets completed – very much close to a Diogo Jota-type fee. Also, it is far better value than the original € 60m asking price.

“Diaz was Jurgen Klopp’s first choice for the summer but they have brought those plans forward because it was clear if Liverpool did not act this window, the player would move on.

“It’s a big coup for Julian Ward, who is to succeed sporting director Michael Edwards in the summer. It was a deal in which Ward led for the first time, but it’s fair to say he’s been strongly supported by Edwards, who put together the strategy to secure the player this month. “

What would Diaz bring to Liverpool?

A quick glance at his headline stats in the Portuguese Primeira Liga this season suggests the 25-year-old provides serious goal threat – but also offers so much more.

The winger ranks top for goals, shots and touches in the opposition box and is among the elite for winning back possession in the final third, creating chances, attempting fast breaks, aerials, dribbling and passes in the attacking third.

The maps below narrow down his goal threat to Champions League appearances over the past two seasons and reveal Diaz is most potent from his favored left channel, frequently carving chances for team-mates with diagonals into the box.

Besides scoring goals, his most striking attribute is participation in overall play, with above-average numbers for passes in the final third – but the graphic below suggests Diaz also frequently tracks back to support the team.

When visualizing his goal and passing averages, Diaz emerges among an elite crop of players in Europe’s top leagues, with returns on par with Karim Benzema and Mohamed Salah.

His heat map below emphasizes his work-rate with concentrations of activity in his defensive half, while his ability to reclaim possession high up the pitch would certainly suit a high-press style.

Bournemouth have expressed an interest in taking Neco Williams on loan. Liverpool are weighing up the interest.

Williams is pushing for the chance for regular first-team football as he wants to play for Wales in the March World Cup Qualifiers.

The clock is ticking. Who will be on the move before the transfer window closes at 11pm on Monday January 31?

Keep up-to-date with all the latest transfer news and rumors in our dedicated Transfer Center blog on Sky Sports’ digital platforms. You can also catch up with the ins, outs and analysis on Sky Sports News.

Follow every Liverpool game in the Premier League this season with our live blogs on the Sky Sports website and app, and watch match highlights for free shortly after full-time.

Get all this and more – including notifications sent straight to your phone – by downloading the Sky Sports Scores app and setting Liverpool as your favorite team.

Hear the best Premier League reaction and expert analysis with the Essential Football spirit Gary Neville podcasts, keep up-to-date with our dedicated Transfer Center, follow the Sky Sports social accounts on Twitter, Instagram spirit YouTube, and find out how to get Sky Sports.