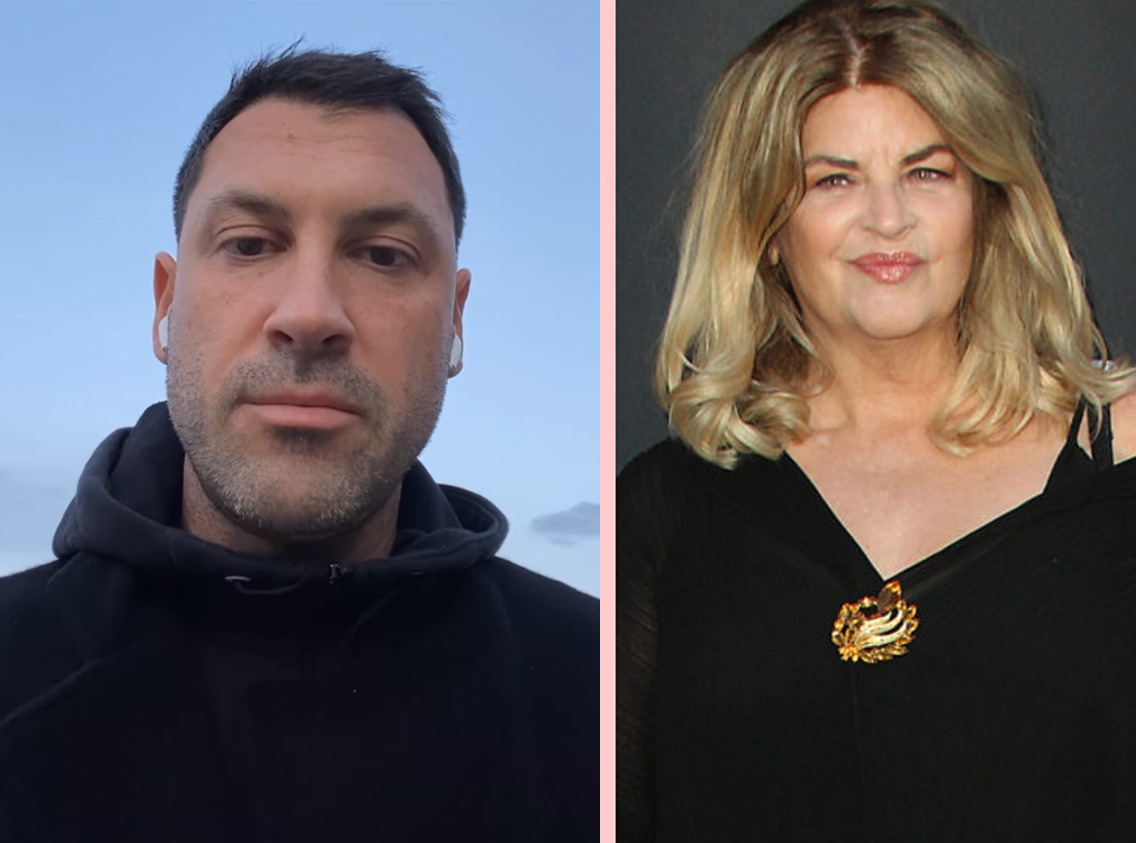 Maksim Chmerkovskiy has something to say to his former Dancing with the Stars partner Kirstie Alley after she posted about Russia’s invasion of Ukraine.

On Friday, the 71-year-old actress commented on the deadly invasion of the eastern European country, writing in a since-deleted tweet:

“I do not know what’s real or what’s fake in this war. So I will not be commenting. I’ll pray instead. ”

The message quickly received backlash from social media users, who called out Alley for feigning ignorance when in reality she implied in her tweet that she does not know what is real or not about the situation – AKA suggesting fake news. The Cheers alum later defended herself against the criticism, saying:

“I’m sorry I’m not an expert on APPARENTLY EVERYTHING .. like some of you jack wagons. It’s ok to admit you do not know things. ”

“Omg people are obsessed with hatred .. they wait to pounce like rabid dogs no matter what is said. They will TWIST any words to fit their hateful agendas .. I think these type of people are the saddest people on Earth .. ”

Chmerkovskiy, who was born in Ukraine and has been in the county’s capital of Kyiv amid the invasion, soon learned about the tweet and slammed Alley on Instagram Story for her unhelpful comment. He wrote on top of a screenshot of the since-deleted post:

“Dear Kirstie, we have not spoken in a while, but I clearly remember being right next to you while you were organizing trucks of aid during Hurricane Sandy and I remember all that you were saying to me about situations where innocent are suffering. That same energy is needed right now. No one needs your prayer if you do not know what’s real or fake. ”

As we previously reported, the 46-year-old professional dancer has been keeping his followers up-to-date about his safety and what is happening in the country on his Instagram Story amid the ongoing attack. It’s been an important and surreal first-hand account of the devastating situation. And before calling out Alley, Chmerkovskiy posted another round of updates in a series of videos on Saturday morning. He said that there was “a lot of shooting outside of Kyiv” and “a lot of attempts to get into the city,” adding:

“There were some air raids. You saw the video that I posted earlier from a missile strike that hit a neighborhood here in Kyiv. I know that building, I pass by that building a lot. This is real, this is really happening. Again, I keep saying that I’m not a reporter for a specific reason because I want you guys to understand that what I’m posting is real and I get the sources from credible places here. I do not work for anybody, I do not have an agenda. ”

As for what to expect over the weekend, the DWTS alum believes that “the expectations are that this is going to get escalated tonight”:

“This next 24 hours are going to be crucial. There are a lot of reports of Russians basically not being successful at their attempts and there’s even a report, a conversation that I had with somebody, I heard that the Ukrainians are planning an offensive. Again, in the war scenario that means they held back and now they’re planning to attack and get everybody pushed back. So, once again, [I’m] not a military advisor. I have no idea. But it seems like the Ukrainians are making a pretty dramatic stance and a pretty heroic and pretty historic, if I may. ”

Chmerkovskiy concluded by stressing the importance of the “public outcry” in response to the invasion of Ukraine, urging everyone to:

“Keep doing that. The more this bombardment happens, the more it becomes reality of what’s really happening versus what you’re being told… Let’s just be as loud as we can… It’s not your fight, until it is. “I do not want to be dramatic, but I do not feel safe in my distant Malibu if Ukraine falls under this situation.”

Our hearts continue to break for the people of Ukraine.

Reactions to Kirstie Alley’s tweet? Sound OFF in the comments (below).