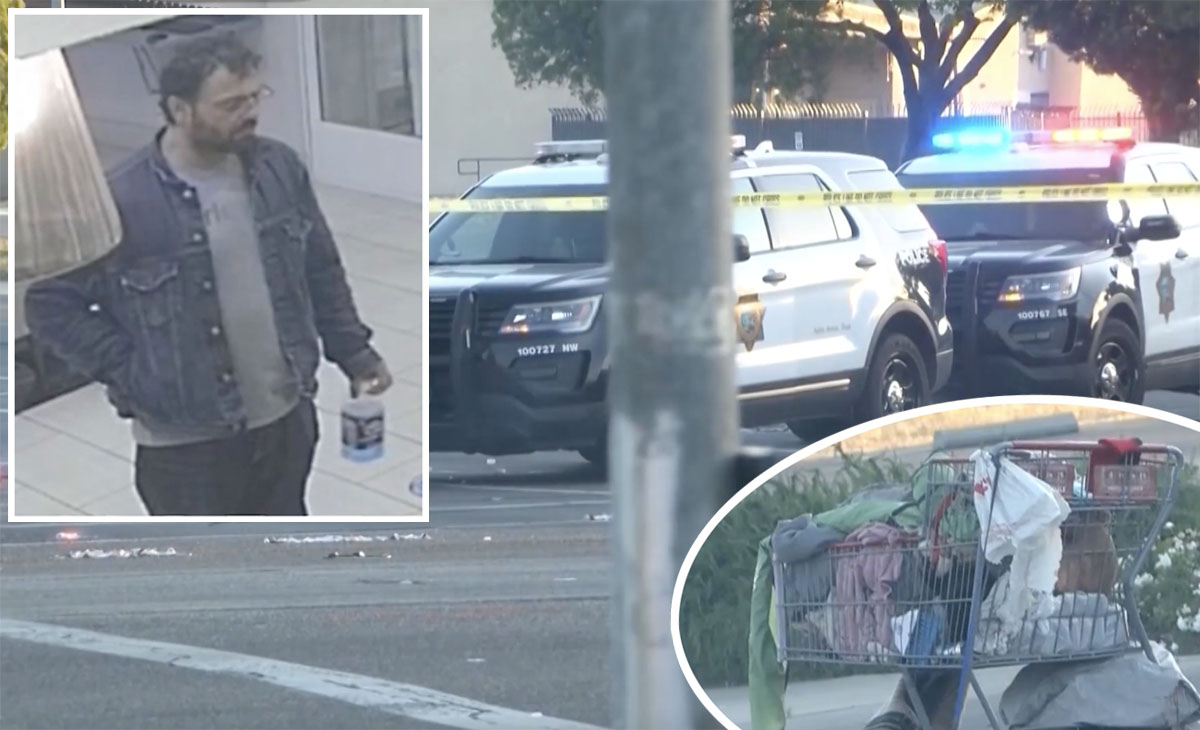 Police have arrested a man in central California after investigators allege he struck and killed a woman with his car as she’d been crossing a street in the city of Fresno.

According to media reports from the Central Valley city, cops allege that 38-year-old Shawn Ginder was apparently driving a truck early on Friday morning when he struck a woman named Monique Contreraz who had been walking across the street.

Monique, who was homeless, was reportedly pushing a shopping cart while walking along with her leashed dog. Horrifically, Ginder’s collision did not end there, and police allege the man dragged Monique for a long distance under his truck. People reports that it is unclear what happened to her dog.

The Fresno Police alerted the media that Ginder (pictured above, on security camera footage released last week by the department) reportedly dragged Monique’s body for up to eight miles as it was pinned beneath the pickup truck.

At one point, Ginder allegedly stopped the truck in a hotel parking lot, where the woman’s body finally became dislodged from the undercarriage. Alarmed hotel guests who watched the truck speed away immediately called 9-1-1 and attempted to render aid to Contreraz. Sadly, she was pronounced dead later that day. She was 29 years old.

Late on Friday night, police in nearby Madera County tracked Ginder down to a location in Bass Lake, approximately 50 miles northeast of Fresno. Once there, Madera County Sheriff’s Office deputies swooped in to take Ginder into custody. According to the Associated Pressthe suspect allegedly jumped out of a third-floor window in an attempt to evade police from making the arrest.

Thankfully, cops were still able to detain him for his alleged role in the fatal hit-and-run. Ginder reportedly sustained serious injuries in his leap from the window, though, and is currently in a nearby hospital in critical condition. As such, police have yet to file formal charges against him in the matter.

Per KSEE, Contreraz’s friends, family, and loved ones are understandably shocked by the awful tragedy. Her ex-girlfriend, Tailor Sancheztold the local news outlet that she was heartbroken over Monique’s death, saying (below):

“It was not fair. He could’ve at least stopped. She was my first, great love of my life. ”

Explaining to the outlet that Contreraz had been working to “turn her life around” following drug addiction, Sanchez added:

“She did not deserve what happened to her. She was a very good person who was down on her luck. Was there a chance that if he’d stopped, would she have survived? These are questions that keep me up at night and they probably always will now. She deserves to be remembered as a great human being, full of love and kindness. ”

Our hearts go out Contreraz’s family, friends, and loved ones during this awful time.