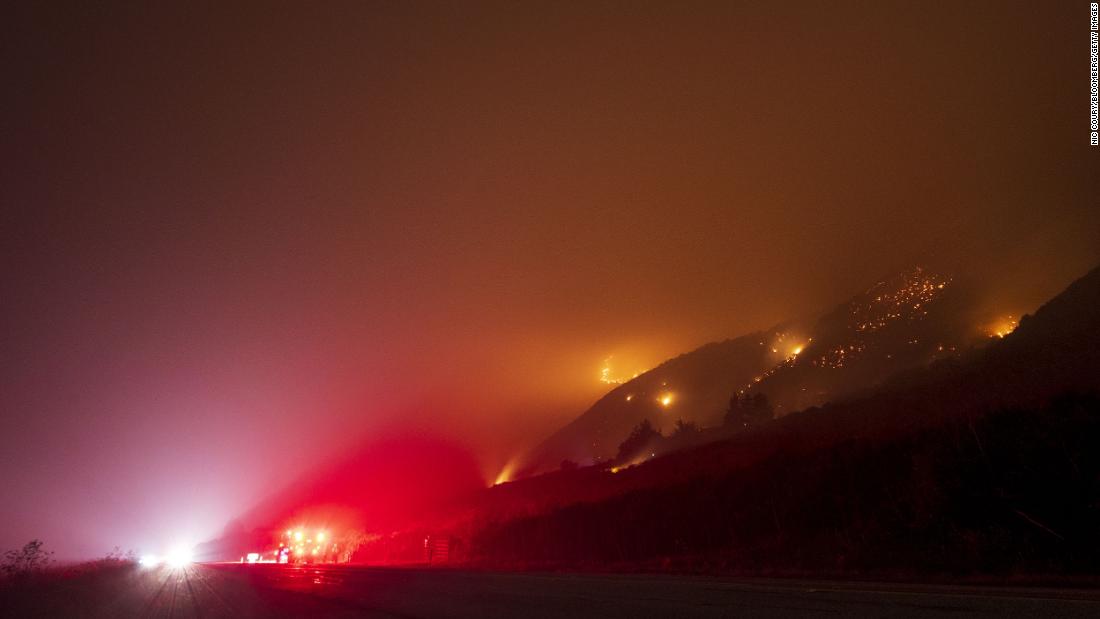 Ivan Gomez, 31, was found guilty of 16 felony counts, including arson, cultivating marijuana, throwing rocks at a vehicle and 12 counts of cruelty to animals, the Monterey County District Attorney’s Office said in a Wednesday news release.

Michael Belter, an attorney for Gomez, said “a notice of appeal has been filed.”

Evidence presented during the trial showed on August 18, 2020, the day the Dolan Fire started, officers responded to a man throwing rocks at cars on a highway, the district attorney’s office said. The man, who was identified as Gomez, said he had started the blaze at an illegal marijuana grow site, which investigators later confirmed as the origin place of the fire, the release said.

Lighters found on him matched others that were found at the fire’s origin point, according to the release. And in an interview with detectives, Gomez admitted to starting the fire “numerous times,” the release added.

The blaze burned more than 124,000 acres and destroyed a sanctuary for the endangered birds in Big Sur, killing 12 condors, injuring several more, and ravaging nesting structures, the release said.
A webcam set up at the nest of one of the condors who survived the flames, Iniko, captured the fire as it torched the surrounding area, according to footage posted online by the nonprofit Ventana Wildlife Society, which runs the sanctuary.
California condors, once on the brink of extinction, are still considered “critically endangered” by the International Union for Conservation of Nature (IUCN). About 200 adult birds remain in the wild today, according to the IUCN.

A rebuild of the condor release facility, which was destroyed by the fire, is expected to be completed by the summer, according to the Ventana Wildlife Society.