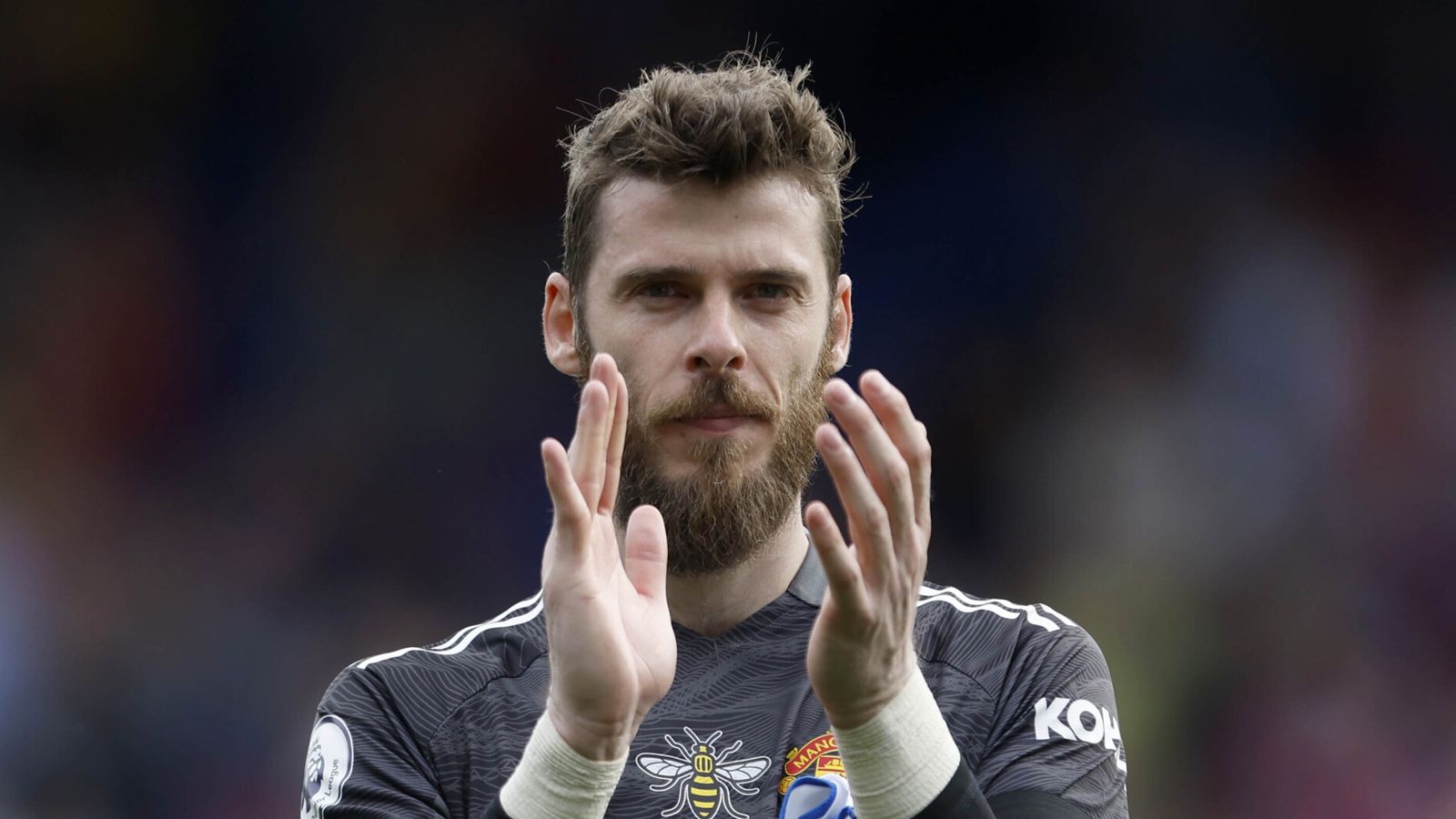 Manchester United goalkeeper David de Gea says any players that do not want to fight for the club should leave this summer.

United fell to a 1-0 defeat at Palace to bring an end to a disastrous season which has seen them record their lowest points tally in the Premier League era, but were given a reprieve as Brighton beat West Ham 3-1 to ensure the Red Devils secured Europa League qualification.

It has been a remarkable collapse by United, who were spoken about as title contenders earlier in the season, which has left the squad in disarray with many of the players’ futures up in the air.

FREE TO WATCH: Highlights of Crystal Palace against Manchester United in the Premier League.

De Gea did not pull any punches as he gave his verdict on the team’s season and fired a warning to those in the dressing room that he feels are lacking commitment to the cause.

“It’s the same feeling. The level we have shown in the last three or four months is not enough to win a Premier League match, we were sloppy, we lost some easy balls around our box, it’s impossible to win the games,” De Gea told MUTV.

“I just want to be positive, to forget about this season. The new manager [Erik ten Hag] was in the stands, so that’s a good signal. I hope things will get better for next season – that’s the past already. We all know it’s been a bad season, for everyone.

“The people who do not want to stay, just go, and the people who really want to stay at the club, who want to fight for the club, let’s have a good rest in the summer, prepare ourselves in the mind and in the body and be ready to fight again next season. “

What will Rangnick’s Man Utd legacy be?

Sunday was interim manager Ralf Rangnick’s final game in charge of United before taking up a consultancy role for the next two years, which he will juggle with his responsibilities as the new Austria manager.

A lot of excitement surrounded his arrival. Rangnick’s work developing an exciting, modern, high-pressing style of football at the Red Bull group and Hoffenheim imbued a sense of hope and optimism at United after a collapse under his predecessor, Ole Gunnar Solskjaer.

But the Rangnick experiment has not worked. Top four still felt like a possibility when he first arrived, but under Rangnick this side has fallen to United’s worst season in the Premier League era.

He admits that too many compromises were made to incorporate Cristiano Ronaldo – “he’s not a pressing monster”, the German said on Friday – and United’s other less-defensively motivated forwards into a system that has not reflected his ethos. Rangnick says he and his staff must share the blame.

Aside from his obvious failings on the pitch, Rangnick has brought a fresh perspective to Old Trafford. Solskjaer sought to deal with any problems behind closed doors, keeping the media at arm’s length, while Rangnick has been transparent in his offerings.

His honesty has shone a light on some of the biggest problems at United, leaving no one in any doubt about the task ahead of incoming manager Erik ten Hag.

Rangnick has not succeeded on the pitch, but he certainly made a big impact off it. It’s important his voice is heard over the next two years – his expertise and experience of rebuilding football clubs from top to bottom could prove to be crucial.