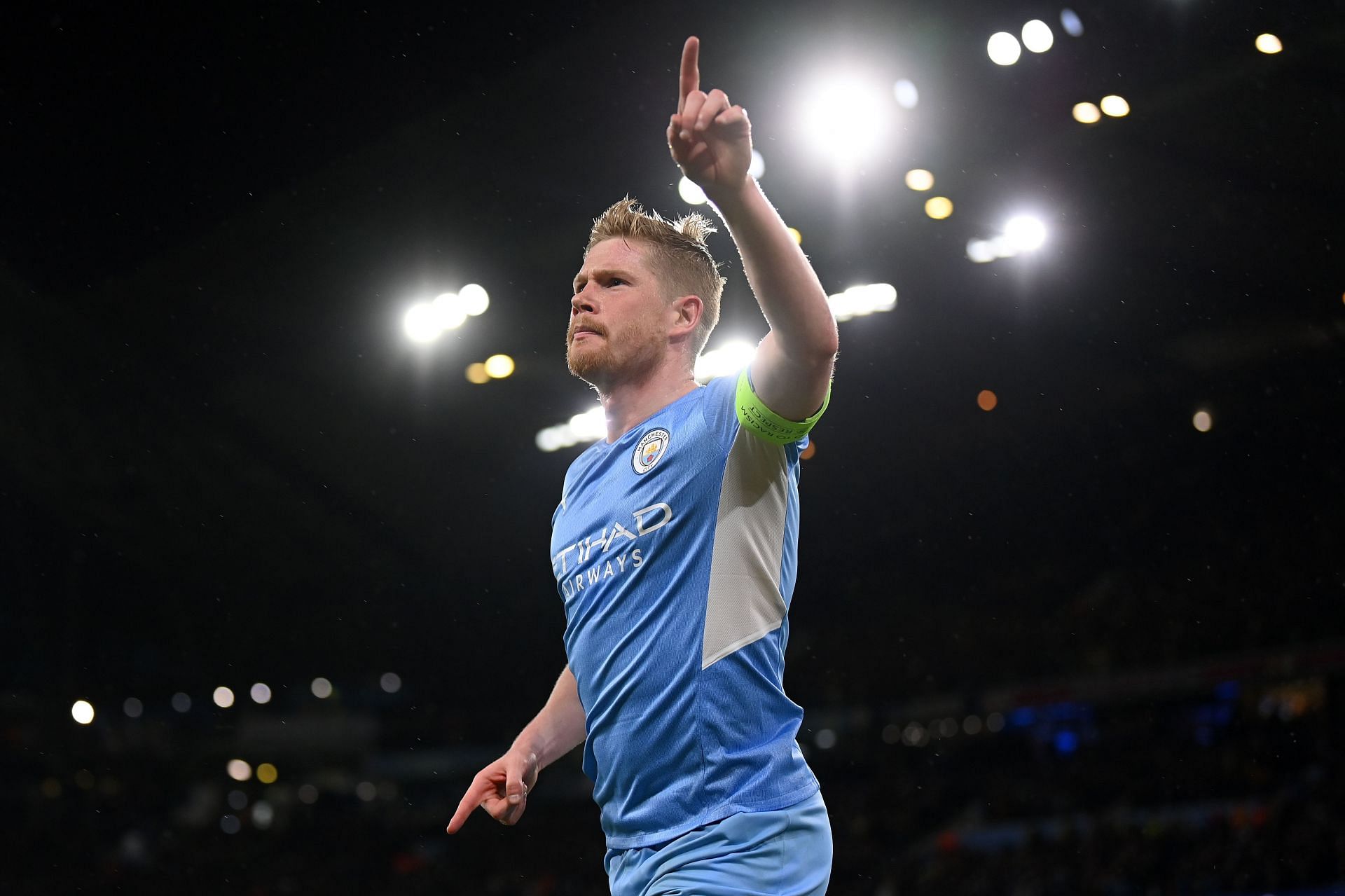 Manchester City beat Atletico Madrid 1-0 at the Etihad Stadium in the first leg of the UEFA Champions League quarter-finals. Kevin de Bruyne scored the only goal of the game.

Manchester City pounced on Atletico Madrid from the starting whistle. The hosts were very persuasive with their approach but the Spanish giants remained resilient. Atletico Madrid were happy to sit back and defend. Their only approach was to absorb the pressure and attack on the counters.

The Sky Blues’ intensity grew in the second half. Pep Guardiola’s men started throwing everything they had but they just could not get the goal they were looking for. It was in the 70th that they finally found their breakthrough.

The tie is still wide open and is up for grabs. The upcoming second leg at Wanda Metropolitano will be thrilling since Manchester City have the slimmest of advantages over them.

On that note, here’s a look at five talking points from the game:

Luis Suarez missed out on the starting eleven as Diego Simeone chose to go upfront with Joao Felix and Antoine Griezmann. But what seemed astonishing was Simeone overlooking him completely. Suarez was an unused sub against Manchester City.

The Uruguayan international scored a brace in the game against Alaves over the weekend. So a snub in such a big game when the player is having a decent run of form raises eyebrows. It will be interesting to see if he finds a place in the 2nd leg.

The Los Colchoneros were stubborn at the back and Manchester City needed something special to get past them. The combination of Foden and De Bruyne ultimately produced the goal they had their eyes set on.

Each and every Manchester City attacker tried everything within their means to bypass the defensive wall of Atletico Madrid. But they just could not and Guardiola’s men had to adapt to overcome their rigidity.

However, once City got their goal, it seemed as if everything had backfired for Simeone. His side seemed to have no other plans in place.

# 3 Pep Guardiola gets his substitutions right

Pep Guardiola got his substitutions bang on. Phil Foden raised the temperature of the game. The 21-year-old set up Kevin de Bruyne minutes after coming on. Foden’s brilliant vision and ability to control the ball in tight spaces allowed Manchester City to split Atletico Madrid’s back-line.

Jack Grealish also had a decent outing. The Englishman won six duels, made two recoveries, completed one dribble and made one interception in the limited amount of time he had. Grealish was also the most fouled player (5) of the night.

Atletico Madrid never posed a threat to Manchester City. The duo of Antoine Griezmann and Joao Felix were not even allowed a sniff of the goal. Chances were hard to come by and whenever they came, they did not materialize.

Atletico Madrid failed to register a single shot throughout the game, let alone on them being on target. Rojiblancos had just five touches in the Manchester City box. The stats also go on to show how good the Cityzens were at the back. The back four comprising of Joao Cancelo, John Stones, Aymeric Laporte and Nathan Ake did their job with utmost perfection.

Kevin de Bruyne has displayed why he is amongst one of the best midfielders in the world right now. He was a class apart. De Bruyne scored the only goal of the game to win it for his side. Had there been a striker upfront to latch on to the chances he created, City could have done way better.

The Belgian international created three chances, won one tackle and made four recoveries throughout the game. De Bruyne was persistent in his attempts to break the Madrid side’s defense. He deservedly won the Man of the Match award for his impactful performance.