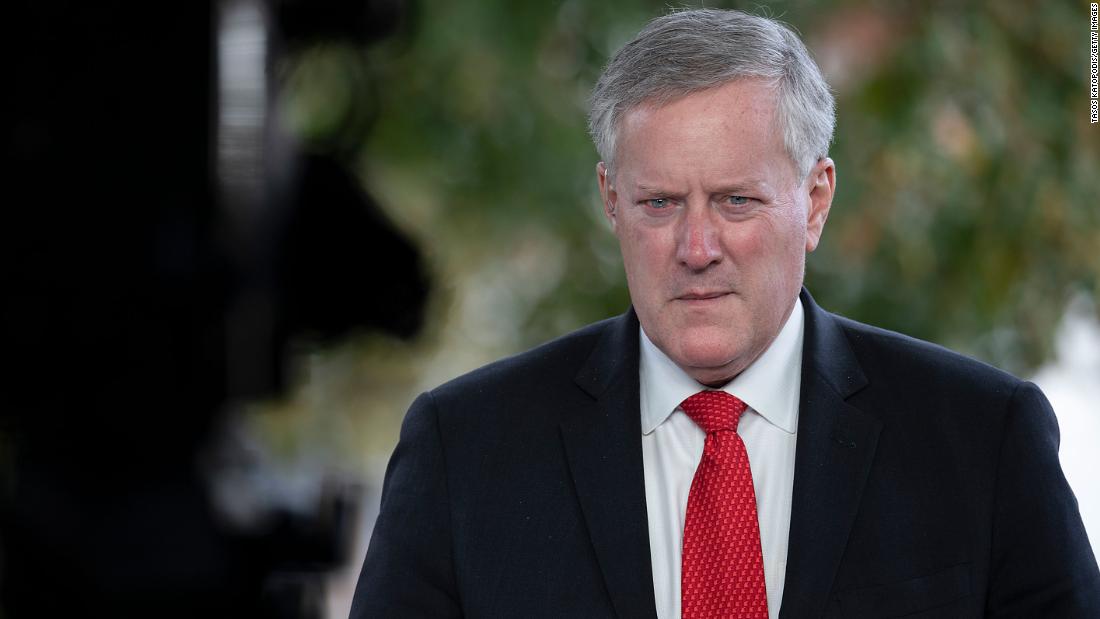 The Macon County Board of Elections director, Melanie Thibault, confirmed that she removed Meadows’ registration from the county’s voter roll on Monday.

Thibault told CNN that “Macon County administratively removed the voter registration of Mark Meadows,” as “he lived in Virginia and last voted in the 2021 election there.”

Thibault said that Virginia had not informed North Carolina that Meadows had registered to vote in that state.

Records show that the last election Meadows voted in Macon County, North Carolina, was the 2020 general election. He voted absentee by mail. An absentee ballot request form for Meadows was submitted the first week of October 2020, with a request to send the ballot to an Alexandria, Virginia, address.

CNN previously reported that Meadows’ wife, Debra, dropped his completed ballot off at an early voting location on October 26, 2020.

The investigation followed a report in The New Yorker magazine that Meadows registered to vote weeks before the 2020 election at a mobile home in Macon County, where he allegedly never lived or even visited.

The article quoted the unnamed former owner of the McConnell Road property in Scaly Mountain as saying that Meadows’ wife “reserved the house for two months at some point within the past few years – she could not remember exactly when – but only spent one or two nights there “and that Meadows himself had never even” spent a night in there. “

Debra Meadows remains registered to vote in Macon County at the Scaly Mountain address, according to Thibault.