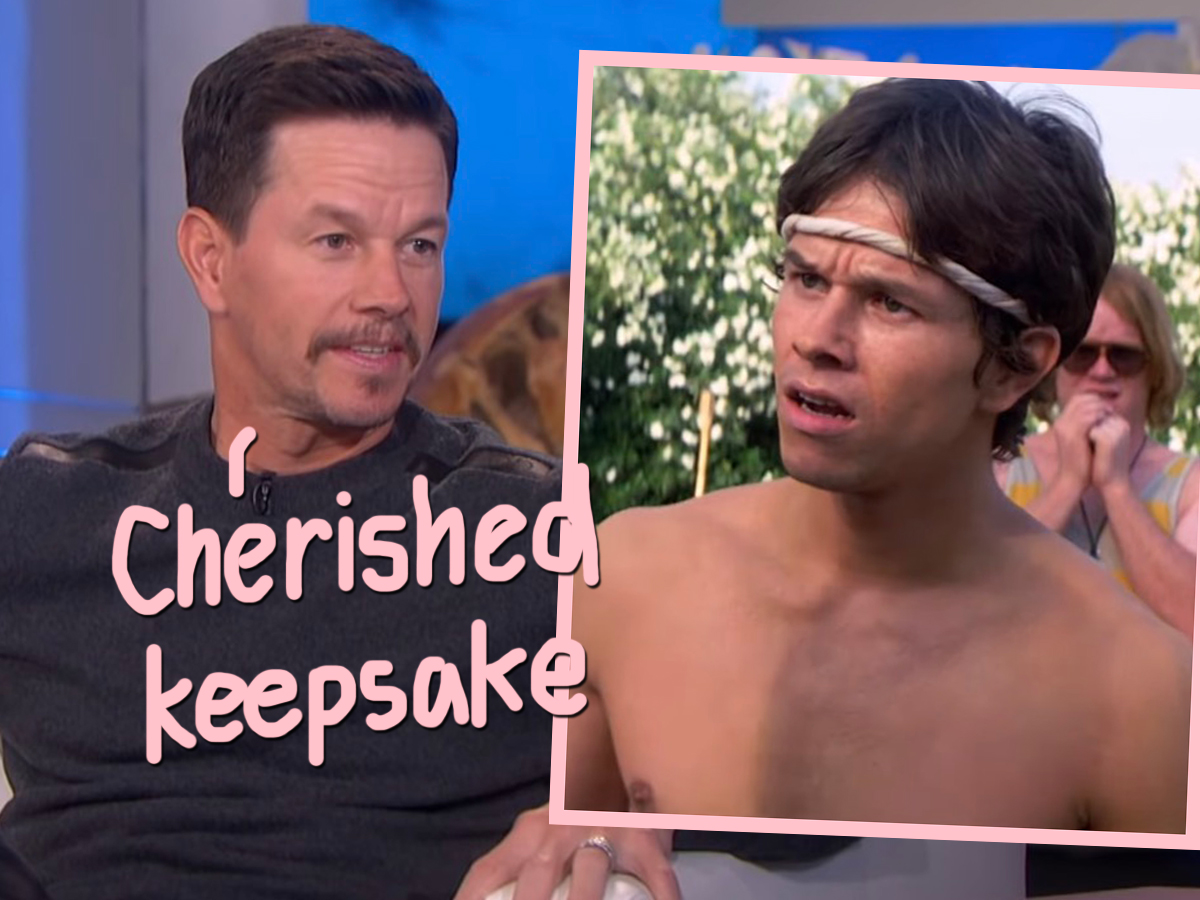 Lots of actors keep props from their films as mementos, but this is a truly something special!

Mark Wahlberg has had a very colorful career, so we can only imagine the kind of trinkets he’s collected over the years. A stuffed bear from Ted? Boxing gloves from The Fighter? Prop guns from any of the many action films? And who knows what kind of goodies he has given him good vibrations from the Marky Mark and the Funky Bunch days ?!

Related: Sam Elliott Apologizes For His Homophobic Rant About Power Of The Dog

“Is it true that you still have the prosthetic you wore in Boogie Nights? ”

He confirmed the rumor he kept the rubber phallus, but it’s not just sitting on the mantlepiece! He replied:

“Yes, yes. … It’s in a safe locked away. It’s not something I could leave out. All of a sudden my kids are looking for a spare phone charger and pull that thing out and go, ‘What the heck is this ?!’ It would not be a good look. ”

As to whether any of his four kids have seen the critically acclaimed but raunchy film, the 50-year-old said:

“I think my daughter has, but she has not had the conversation with me yet. Thank God, she’s sparing me.

These days, Mark is focused on making more “meaningful” content, which has so far meant films aligned with his Catholic faith. Although the Paul Thomas Anderson film was a career-making moment for the performer, it probably would not be Bible-approved. He expressed regret over that back in 2017 in conversation with Cardinal Blasé Cupichadmitting:

“I just always hope that God is a movie fan and also forgiving, because I made some poor choices in my past. Boogie Nights is up there at the top of the list. ”

Shortly after, though, he walked back the statement somewhat, telling People:

“I was sitting in front of a couple of thousand kids talking about and trying to encourage them to come back to their faith, and I was just saying that I just hope he has a sense of humor because I maybe made some decisions that may not be okay with Him. ”

“I do not want to compromise my artistic integrity or choices based on my faith or my family, but I also have other things to consider, and being a little bit older and a little wiser, the idea of ​​having to explain that movie and the reason behind it to my kids is another issue. ”

Over on Ellen, though, the host praised the film and his performance, saying, “who would’ve thought, Marky Mark” would turn into the respected star he is today. He responded with good humor:

“Nobody would’ve thought. That’s why – the expectations were so low when I started acting, that it was just like, you do something remotely interesting, ‘Oh my God, he’s fantastic!’ Next thing ya know, they nominate me for an Oscar. I did not even do anything. ”

Clearly, Mark does not forget his humble beginnings in this industry. And if he ever did, he can pull out his prosthetic penis and remind himself of the hidden talent that made his career take off!

Ch-ch-check out more of his Ellen interview (below):