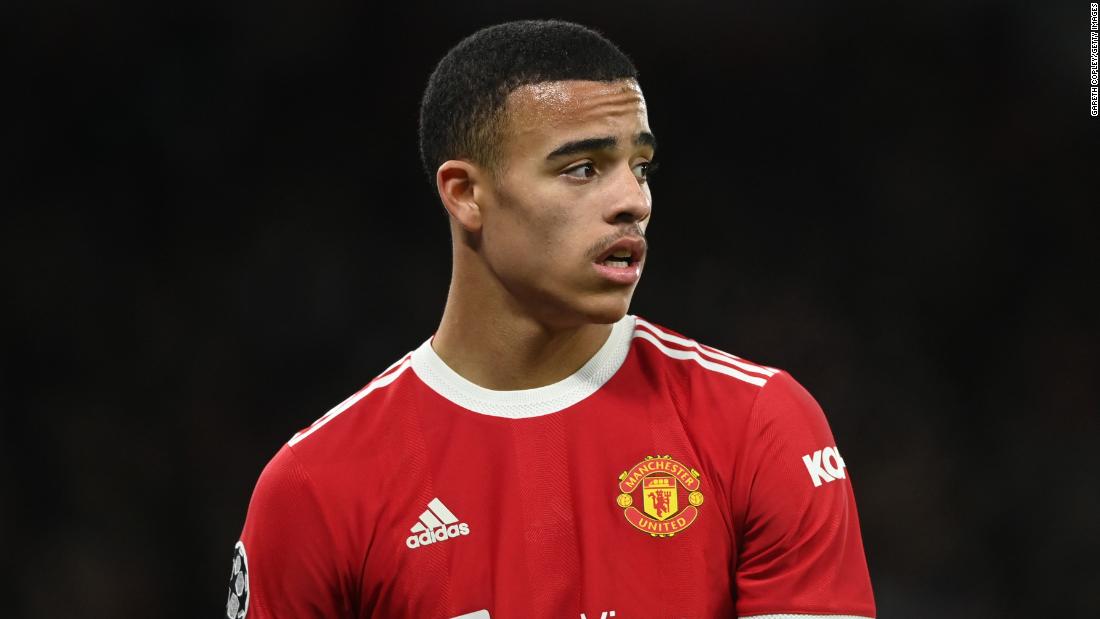 A spokesperson for the club told CNN earlier on Sunday that the club was aware of “images and allegations circulating on social media” regarding the footballer, adding it would “not make any further comment until the facts have been established.”

“Manchester United does not condone violence of any kind,” the statement added.

Greater Manchester Police said “a man in his 20s has been arrested on suspicion of rape and assault” on Sunday, adding that the suspect “remained in custody for questioning” and that “inquiries were ongoing.” The police force said it was made aware earlier in the day of “online social media images and videos posted by a woman reporting incidents of physical violence.”

A statement sent to CNN earlier on Sunday read that “inquiries were ongoing to establish the full circumstances.”

Police also said it would not confirm any names of victims or potential offenders.

This comes after a series of photos and audio recordings allegedly posted online by Greenwood’s girlfriend, social media influencer Harriet Robson. In the posts, Robson accuses Greenwood of domestic violence, showing photos of what appears to be her lip bleeding and bruises to her body. Robson had taken down the posts on Sunday.

CNN has not independently verified the authenticity of the images or recordings.

Mason Greenwood has not yet responded to the allegations. CNN is attempting to contact Greenwood for comment and will update when we receive a response.